OSP trooper on leave, others under investigation for refusing to wear face masks in coffee shop

The incident, first reported by The Oregonian/OregonLive, was caught on surveillance video. 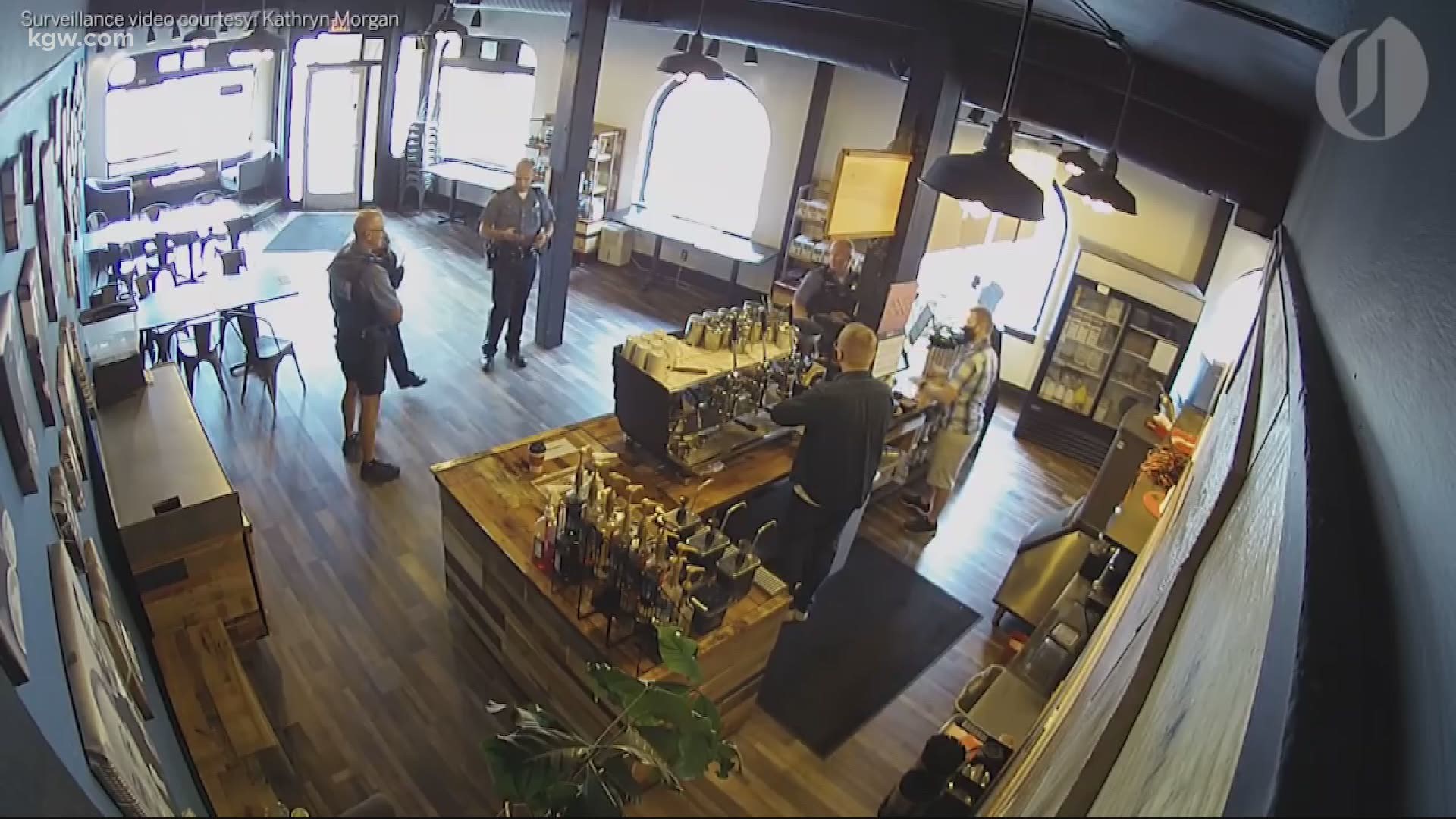 PORTLAND, Ore. — An Oregon State Police trooper is on paid leave and three others are under investigation for refusing to wear masks inside a Corvallis coffee shop Wednesday, violating Gov. Kate Brown’s statewide mask mandate, which became official that same day.

Travis Boss told the Oregonian/OregonLive he informed the first trooper who entered the shop that he needed to wear a mask and reminded him of the mandate. He said the trooper replied “Governor Brown has no authority to take our civil liberties. We aren't going to wear masks." He said the trooper then placed his order and said, “F--- Kate Brown.”

Seconds later in the video, which lasts roughly four minutes, three more state troopers are seen walking in, all without masks. Boss reportedly said they also refused his request to put one on.

He said he was nervous and filled their drink orders, even though he had turned other patrons away for doing the same thing.

At the end of the video, Boss walks over to a table, where all four state troopers are sitting. He told the Oregonian/OregonLive his boss told him to tell the troopers to leave and that staff had called Corvallis police.

He said, as the troopers walked out, one said, “That's Corvallis for you.”

“It really is inexcusable that a few Oregon State Troopers disregarded my face covering requirement yesterday, and ignored a request from a fellow Oregonian to follow the rule,” the governor wrote. “Let me crystal clear: No one is above the law.”

She noted OSP Superintendent Travis Hampton agreed with her.

He also released a statement Thursday. It reads:

"I would like to publicly address the conduct in this article. Not only are police officers expected to comply with the Governor’s emergency declaration orders, I expect them to set the example for Oregon’s residents as we strive to fight this invisible enemy- the Coronavirus. This conduct is embarrassing and indefensible, especially in the wake of thousands of Oregonians taking to the streets each day to rightfully demand police accountability. Like any police misconduct, the actions of a few bring discredit to the scores of dedicated officers that do not believe they are above the law they are sworn to uphold.

"Let me be clear, Oregon State Police Troopers are not above the law and this conduct is being immediately addressed. As the leader of the Oregon State Police, I would like to offer my apology to the coffee shop employees and the community. I am ultimately responsible for all actions of OSP Troopers and should rightfully be accountable for their conduct. I hope my apology is accepted and the swift actions of my agency provide evidence of our commitment to accountability."

A spokesperson for OSP Thursday via email said the trooper who ordered the first drink and used profanity is on paid administrative leave. While the other three are not, the incident is under investigation. He declined to name any of the troopers.

Staff and owners at Allan’s Coffee and Tea, including their corporate headquarters, didn’t respond to requests for comment.

RELATED: No mask, no service: Washington businesses must turn away customers without face masks starting July 7 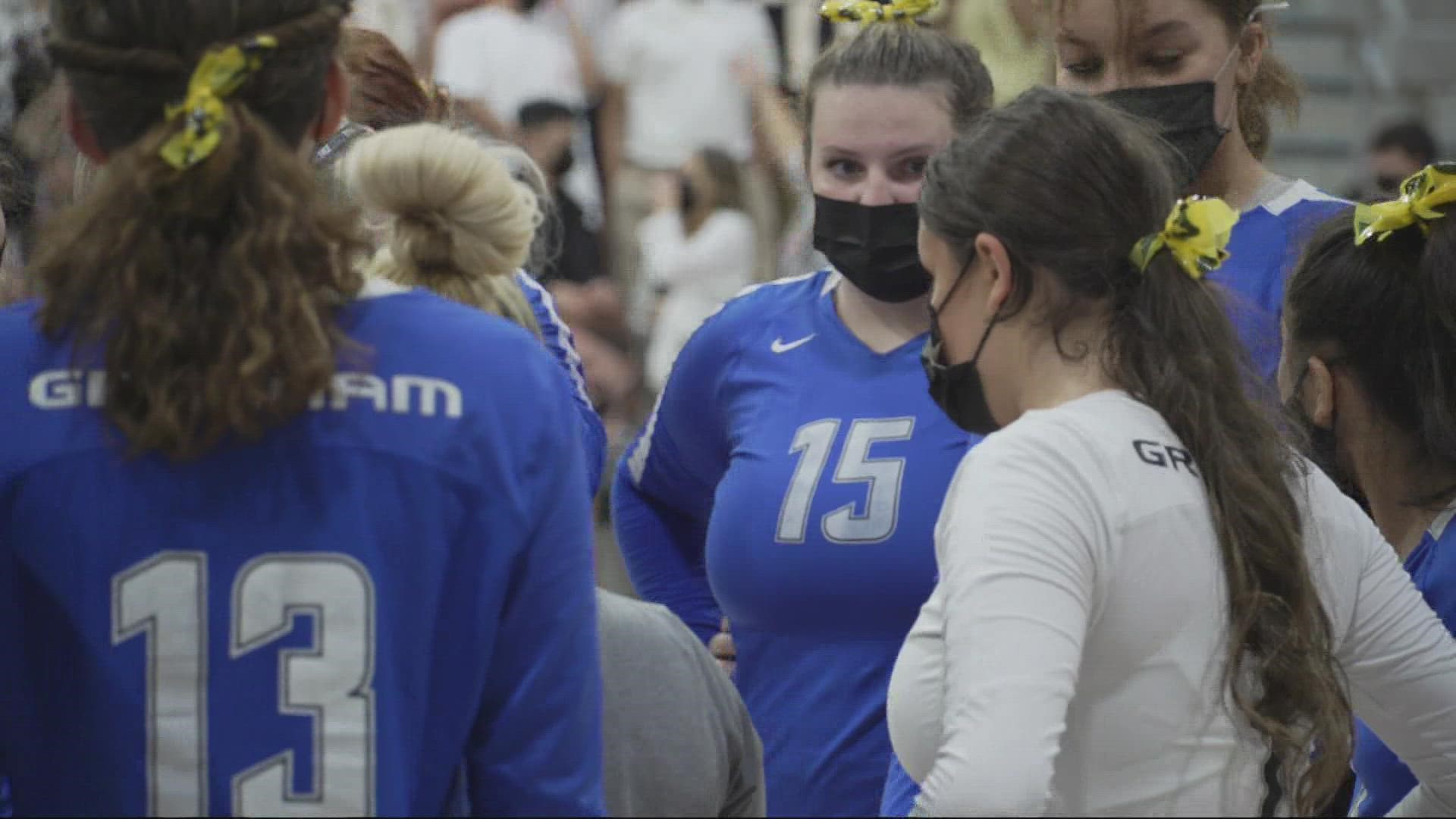