How to explain social distancing to those with Alzheimer's

The Alzheimer's Association says to keep the flow of information simple and not overwhelming. 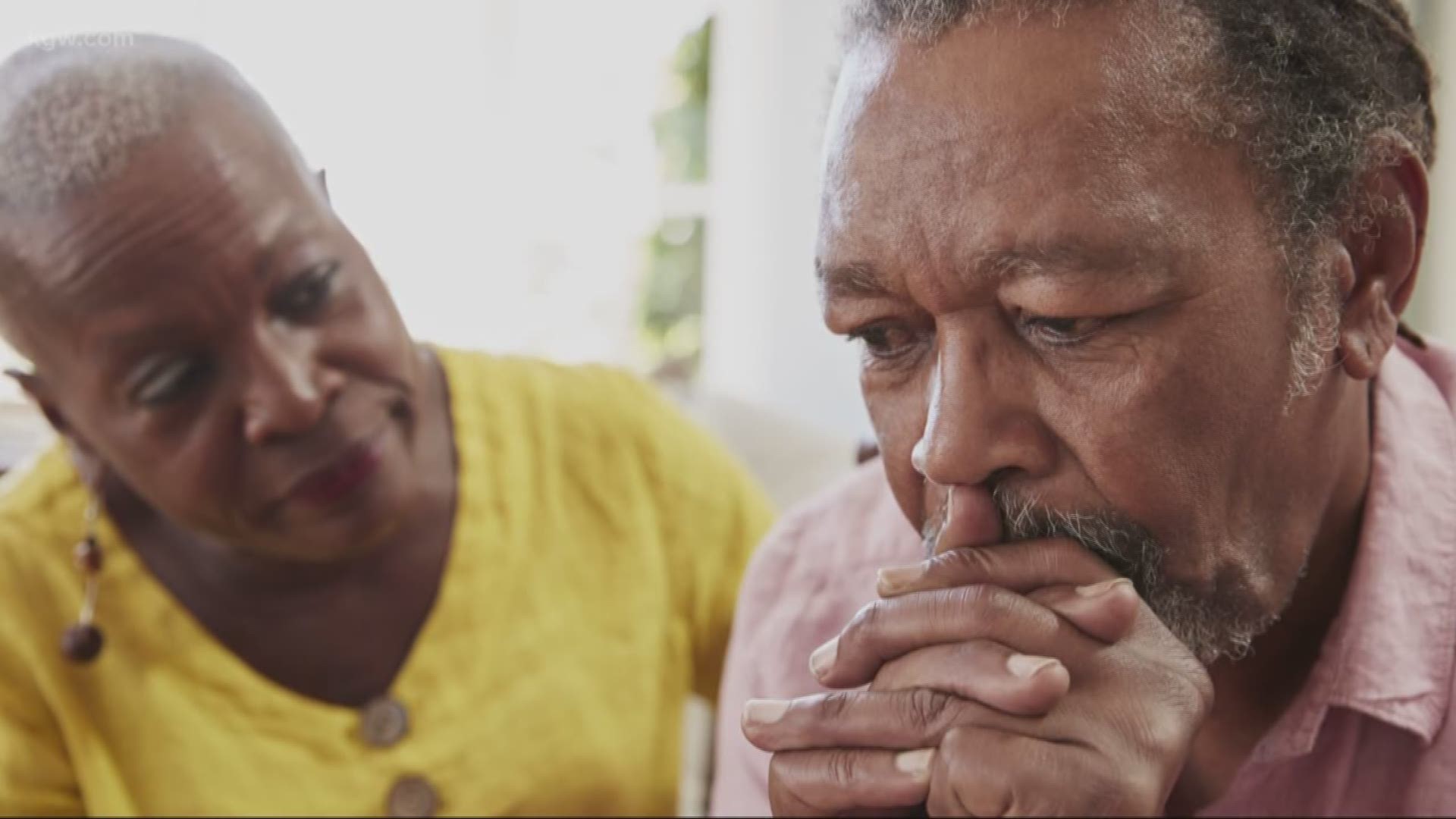 PORTLAND, Ore. — There are over 5 million Americans that live with Alzheimer's. Some in the early stages live independently while others in the later stages live with family or a caregiver. In today's world, we're told to keep a safe distance to keep us and others from possibly spreading the virus.

That's changed the daily lives for millions of Americans, but for those living with Alzheimer's, social distancing might not be the easiest to understand.

"Social isolation is a problem for seniors in general, not just those living with dementia. It's pretty difficult to say you can't see that person right now," said Heidi Rowell, program director for the Alzheimer's Association.

For those that care for a loved one with Alzheimer's, Rowell says there are ways to tell them about the virus and why separation is needed. For instance, she says to limit the amount of news and information they consume. That way it doesn't overwhelm them, creating increased anxiety.

"While we're not wanting to hide things from people, we do want to limit those anxiety-causing outer influences, because if they're seeing constantly on the news the widespread panic, that's going to affect them and affect how they're feeling," Rowell said. "So, I think keeping it simple is the best thing we can do right now just explaining to people that right now there's a virus going around that's highly contagious, we want to stay inside. We want to wash our hands. We want to practice social distancing, so just keeping our messages simple and to the point rather than providing a lot of unnecessary and complex information that can contribute to anxiety."

Rowell says those with Alzheimer's can forget to do normal tasks like washing hands, so she says reminders are always good.

"Especially people that are in the earlier stages of the disease, we recommend that caregivers leave notes in the bathroom, reminding people to wash their hands. You also can demonstrate good handwashing. So that physical demonstration of washing your hands at the same time so that they'll mimic what you're doing and actually wash their hands for that whole 20 to 30 seconds that's being recommended by the CDC," Rowell said.

According to the Alzheimer's Association website, other recommendations include:

RELATED: A Portland choir for those with Alzheimer's and dementia binds memories and harmony

RELATED: Man battling Alzheimer's pairs with pianist to save a life's worth of original songs