The findings suggest about two people per 1,000 in the Corvallis community had the virus when they were tested. 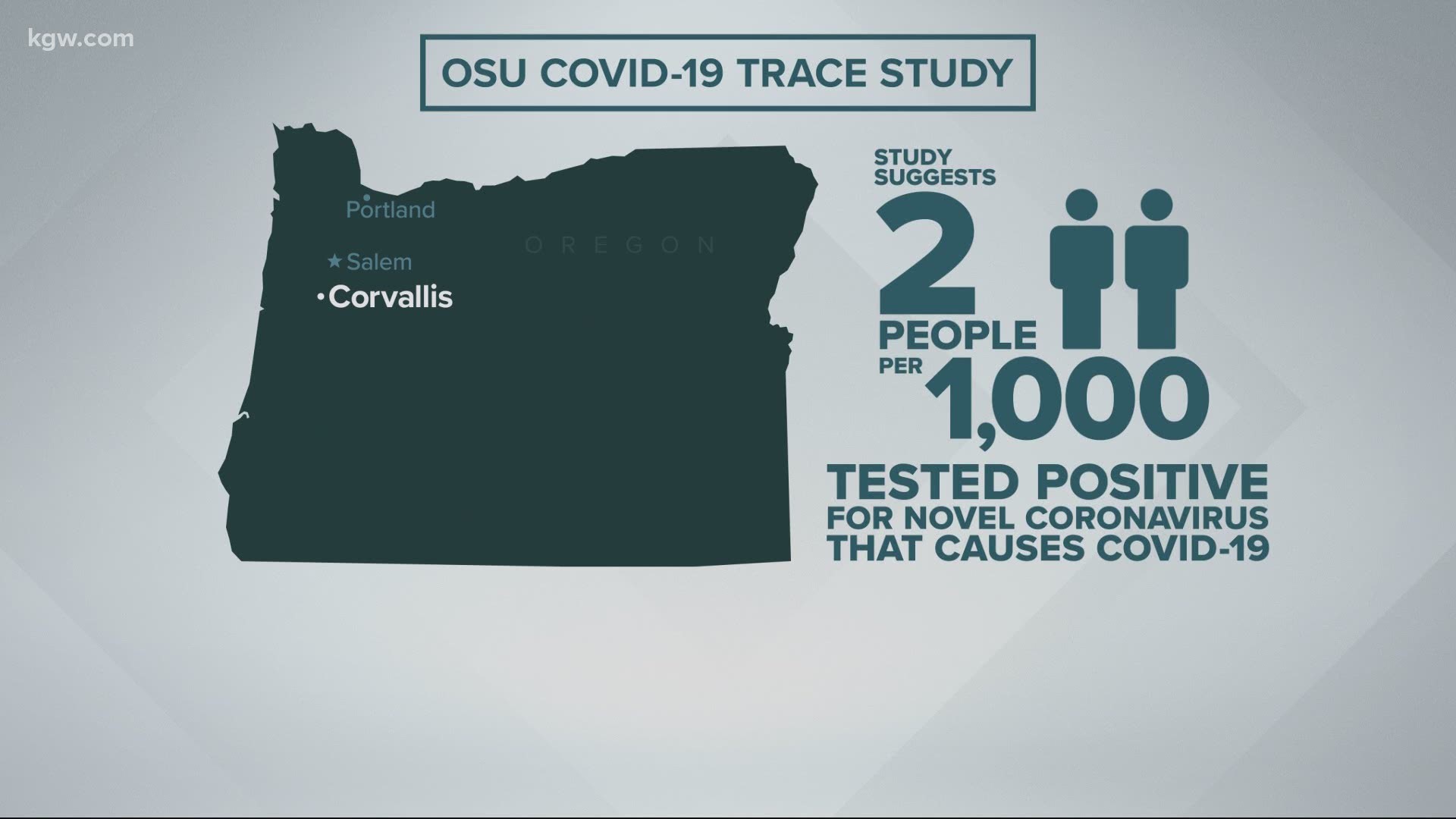 "The participant administers a self test, they collect their own nasal swab specimen and put it in a tube and we retrieve it," explained OSU epidemiologist Jeff Bethel.

Bethel and fellow associate professor Ben Dalziel are both working on the first-of-its-kind project.

The ultimate goal of the project?

"To understand the prevalence of the virus in a community, in this case Corvallis, Oregon," explained Dalziel.

In the first weekend of sampling, the teams visited 237 households spread across roughly 30 blocks in Corvallis.

Eighty percent of the residents opted to participate in the study, and 455 people were tested.

The findings suggest about two people per 1,000 in the Corvallis community had the virus when they were tested.

"If you just randomly selected a person in Corvallis and found out if they had the virus, what are the chances that they would?The community level, city wide estimate is at two in a thousand from the first week of sampling," said Dalziel.

It is information that could play a critical role as the state starts to reopen.

"It's consistent with the idea that through the immense efforts of the community social distancing has to some extent flattened the curve and so that's really encouraging," Dalziel said.

Be we also need to keep in mind, the more the state reopens the more likely you'll be to run into an infected person.

"What if you go to a grocery store that has a hundred people, the chance that at least one of them is infected is a lot higher than two in a thousand because you're sort of rolling the dice a hundred times," Dalziel said.

And that is why the scientists hope to not only continue the study for several more weeks, but also expand it into other communities, like Portland.

"I want to maintain hope," Dalziel said. "But also reopening, from an epidemiological standpoint, is a very sobering proposition since we know the virus is still out there."

RELATED: OSU to reopen portions of campus this month