As of last week, 2,284 state employees had requested an exemption from Gov. Brown's COVID-19 vaccine requirement. 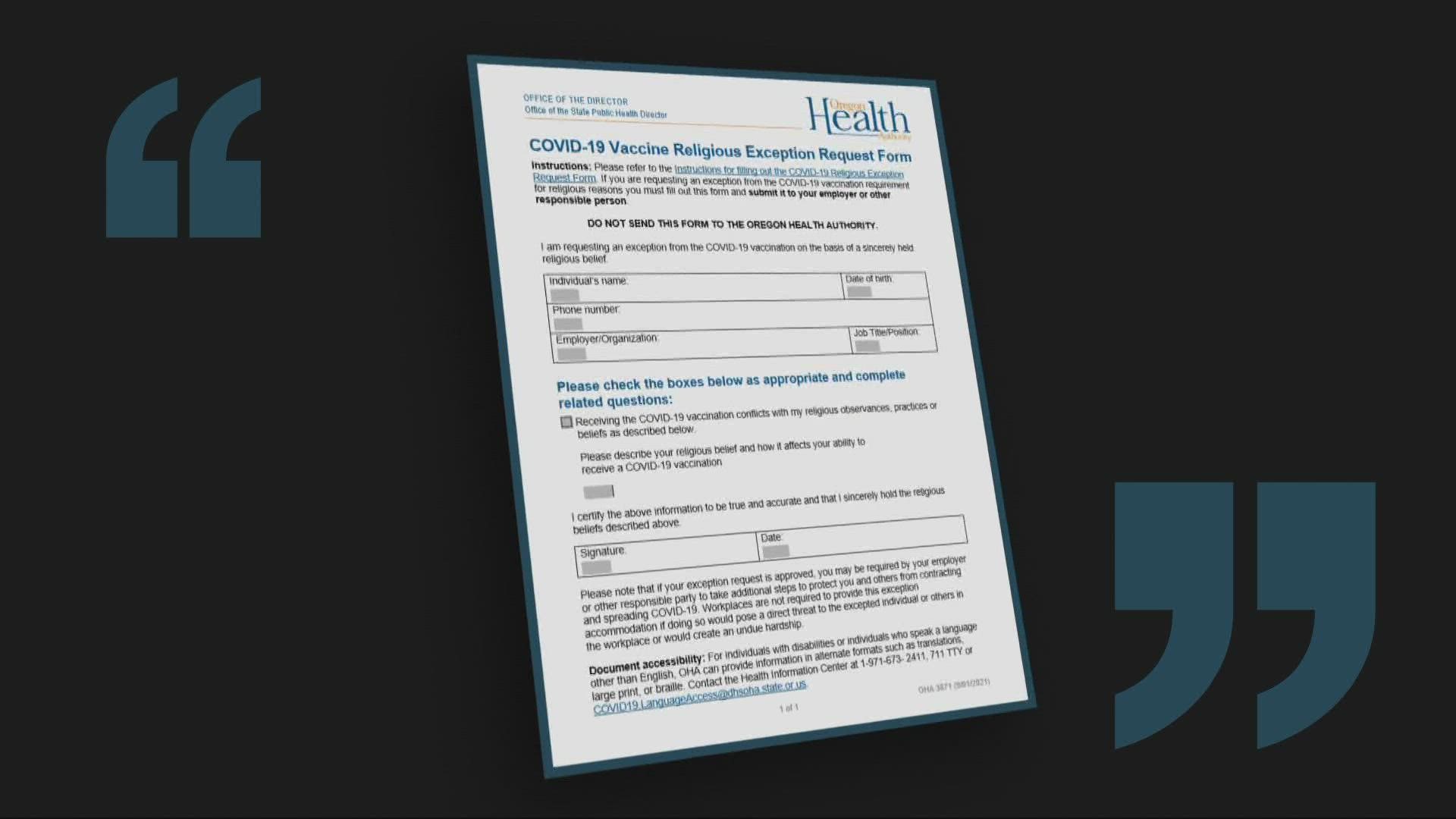 PORTLAND, Ore. — 2,284 Oregon state workers have requested an exemption to Gov. Brown's COVID-19 vaccine mandate, according to data provided by the Department of Administrative Services (DAS). That's about 5% of the approximately 42,000 employees impacted by the vaccine requirement.

Of those, 90% were religious exemption requests and 10% were for medical reasons.

As of Friday, 266 total exemption requests have been approved, the rest are still under review, according to Oregon DAS. It's unclear how many have been denied, if any, but more updates should be available as the vaccination deadline approaches.

Governor Brown set Oct. 18 as the deadline for state employees to be fully vaccinated. After pushback from one of the largest employee unions, that date has been extended for almost 24,000 workers. Those employees now have until Nov. 30 to get vaccinated.

All exemption requests are still required to be submitted by Oct. 18.

As of last week, about half of Oregon's state employees had submitted proof of vaccination which means the number of exemption requests could increase in the coming weeks.

Here are the number of exemption requests broken down by some of the largest state agencies:

In Washington, more than 4,300 state workers have requested exemptions so far— that's about 7% of the approximately 60,000 employees subject to Gov. Inslee's vaccination requirement.

Experts KGW spoke to said it can be difficult to determine whether a religious exemption request is based on sincerely held beliefs that would prevent someone from getting vaccinated.

Employers can ask additional questions to determine the sincerity of someone's religious exemption request but suggesting that a religious claim is unreasonable becomes more complicated.

Oleske went on to say that he believes vaccine mandates hold up under current Supreme Court precedent. And even traditional supporters of religious exemptions may interpret the law differently in the context of a global pandemic.

“If your religion believes in human sacrifice, you don't have a right to kill people and be exempt from homicide laws,” said Oleske. “Likewise, many of these people would say yes, I believe there are religious exemptions to most laws but when it's a deadly pandemic, you don't have an exemption from the vaccination requirement.”

WATCH: Here are the approved exemptions for the COVID vaccine