First Oregon case of COVID-19 variant likely not the only one, health officials say

The "UK variant" is thought to spread 50% faster than the original. 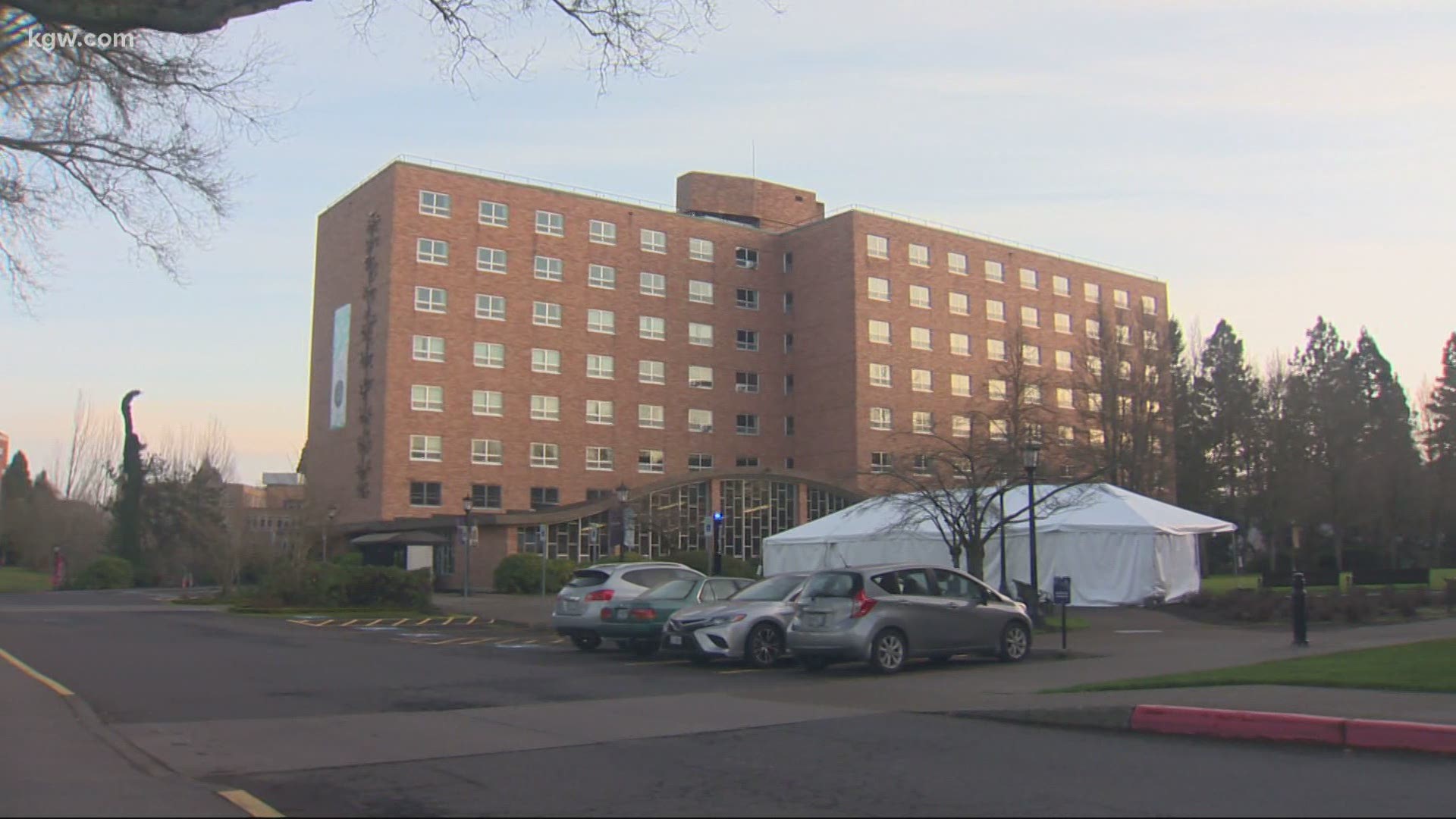 PORTLAND, Ore — Routine screening of staff at the University of Portland on Jan. 11 turned up Oregon's first known case of the COVID-19 variant first detected in the United Kingdom, according to a spokesman.

The staff member had no symptoms. The person and close contacts are now quarantined.

It’s unclear if the contacts have tested positive.

While it is the first known case in Oregon, it is likely not the only one, said Dr. Jennifer Vines, the Multnomah County health officer.

“The evidence that is emerging is that it spreads very easily from person to person and just given generally how easily COVID-19 spreads, I think we have to assume this is probably not the first case of this particular variant in Oregon, unfortunately,” said Dr. Vines.

The "UK variant" was first identified Dec. 4 at the Sanger Institute in England, the world's leading genome sequencing lab.

According to the CDC, scientists report the variant has 14 mutations, including several affecting that outside spike protein. The mutations on the spike make it easier for the virus to lock on to human cells that they then invade.

That is what appears to allow it to spread more quickly.

"Evidence is pretty strong now that it's about 50% more transmissible,” said Jeff Barrett from the Sanger Institute.

The CDC reports the variant may have actually started spreading back in September but was not detected until early December.

Some models show it could become the dominant form of the coronavirus in as little as six or seven weeks.

It does not appear to be more dangerous than the original virus, according to Dr. Vines.

“The strain itself is not potentially more harmful to the individual. So, it’s not considered any more lethal or any more likely to cause severe disease for the person infected," Vines said. "The fact that it is so contagious though becomes a numbers game when we look across the population. If a COVID-19 virus can spread more easily, then we face the potential the virus can more quickly, more easily find its way into someone who is at higher risk of severe disease and hospitalization.”