The county isn't close to meeting the metrics for Phase 2 or reopening schools for in-person classes. 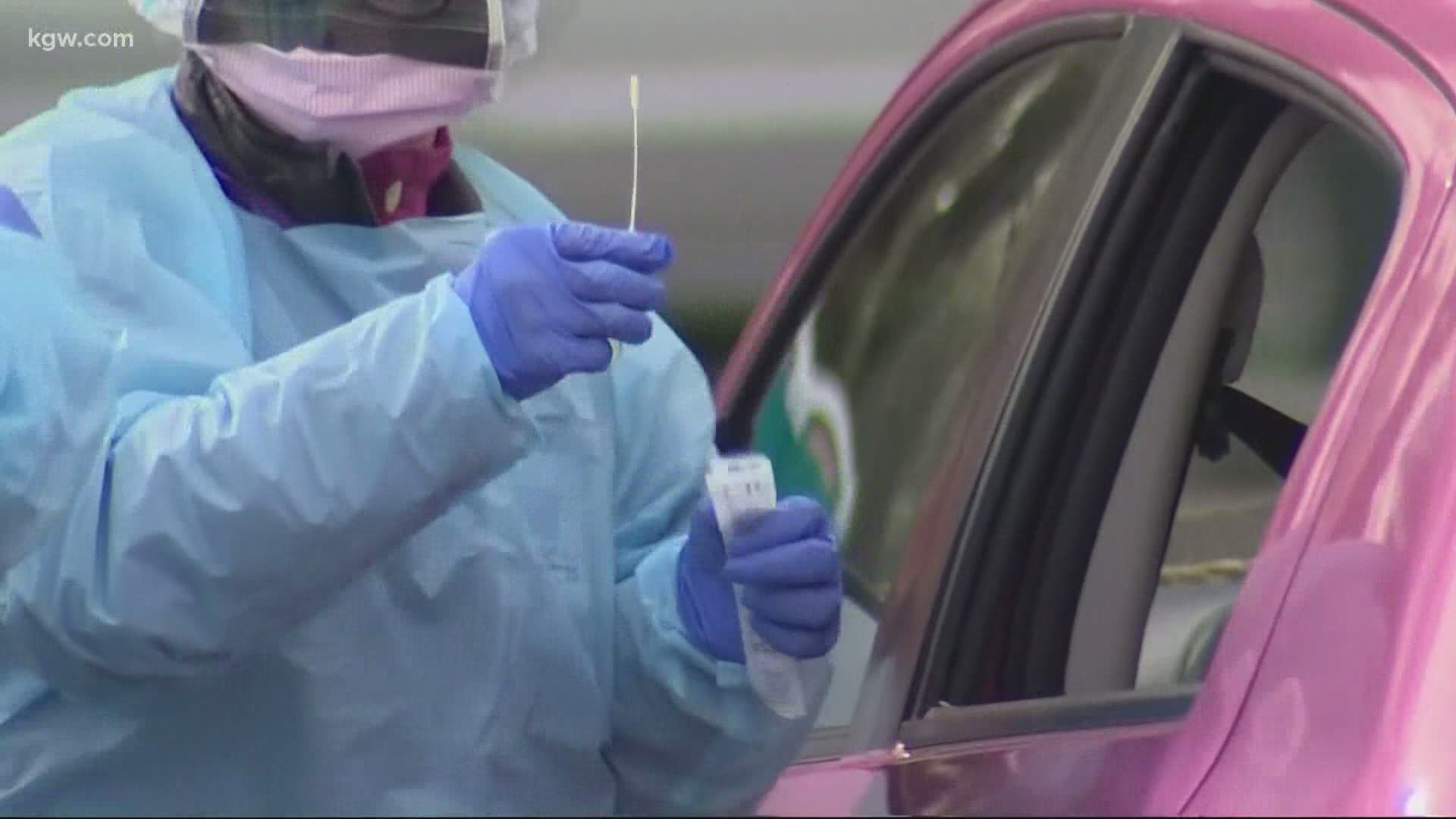 PORTLAND, Ore. — Oregon for the first time during the pandemic reported back-to-back days with more than 400 new COVID-19 cases.

On Friday, the Oregon Health Authority reported 425 new cases. The day before, the public health agency reported 484 new coronavirus cases, a one-day record for the state during the pandemic.

It grabbed the attention of Multnomah County’s top public health doctor. She said it is too soon to know whether that’s a disturbing trend.

“It’s usually after at least two-to-three weeks, if not four weeks, of data that we’re able to find patterns and do some explaining in hindsight of what has happened,” said Dr. Jennifer Vines.

The coronavirus has been in Oregon for more than seven months now. The first known case was confirmed Feb. 28.

But the virus is spreading and this week the numbers are worse than they've been in a long time. The state reported a 6.3% positive test rate last week.

The reason? Too many people gathering too close together. But, also, the virus is now so widespread a lot of cases do not have a known cause.

The number of known infections made big gains in Multnomah County during September.

“Multnomah County was on the high side with I think 81 yesterday," Vines said. "And we reported to our board of commissioners earlier this week that as of the end of September, we had seen about a 40% increase in cases over the course of that month."