'What on earth is wrong with me?': False negatives complicate COVID-19 testing

Experts nationwide confirm, on average, in 30% of COVID-19 cases, the test misses the virus leaving a person with COVID-19 unaware that they have it. 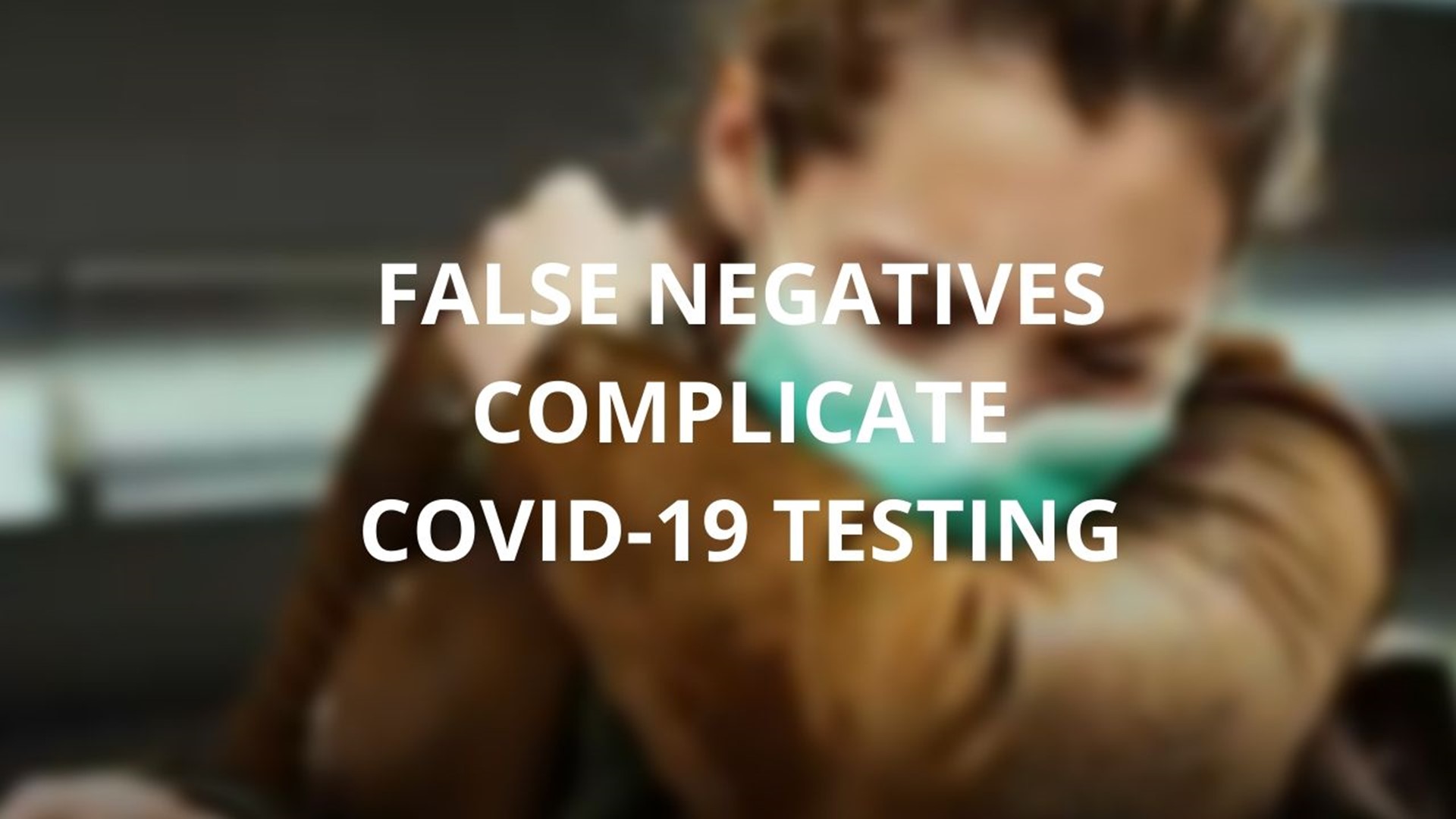 PORTLAND, Ore. — A Portland-area woman with a fever, a cough, tightness in her chest and pneumonia has been advised by her doctor to quarantine herself and treat her symptoms like she has COVID-19, even though her test was negative.

After being sick for more than a week, she thought that negative result would have been a relief. It wasn’t.

“I was really scared because I thought, ‘What on earth is wrong with me?’” the woman, who asked to remain anonymous, said in a phone interview Monday. “I was really, really frightened that I would wake up in the night and just not be able to breathe.”

While she still doesn’t have a definitive answer, documentation from her recent appointments shows her doctor believes she indeed has the deadly virus.

Dr. Lauren Roberts with the Portland Clinic said there’s a good reason for that.

Experts nationwide confirm, on average, in 30% of COVID-19 cases, the test misses the virus leaving a person with COVID-19 unaware that they have it.

Representatives for the Oregon Health Authority and the Multnomah County Health Department confirm the statistics on false negatives.

In an email to KGW, a rep for the OHA wrote:

"OHA has confidence in the following

Multnomah County health experts added the test is still important and helpful to doctors and epidemiologists, when administered in cases where doctors think it’s warranted.

A representative for the department also sent a list of the labs conducting most of the COVID-19 tests conducted locally:

LabCorp, a major chain, claimed Monday to have processed nearly half a million COVID-19 tests nationwide.

In an email to KGW, a spokesman wrote:

"LabCorp’s COVID-19 assay detects the virus directly, within the established limits of detection for which it was validated. A positive result is considered definitive evidence of infection with COVID-19. However, a result of negative does not definitively rule out infection with COVID-19. The test may might not detect virus in an infected patient if the virus is not being actively shed at the time or site of sample collection. The amount of time that an individual was exposed prior to the collection of the specimen can also influence whether the test will detect the virus. And individual response to the virus can differ. As with any test, the accuracy relies on many factors, including if the specimen we receive was collected properly, sent promptly, and packaged correctly. Test results are a critical part of any diagnosis, but must be used by the clinician along with other information to form a diagnosis."

“So our advice to people is to avoid contact as much as possible with other people, to in fact wear a mask in public, to in fact stay home... and that is all we can say at this point,” said Dr. Lauren Roberts.

The woman who contacted KGW worries every time she sees reports that show how many tests come back negative.

Her fear is that people will take that number at face value.

“I thought, ‘How can that number be that high?’ I know it's not like they're just testing everybody,” she said. “Now it makes more sense to me.”

RELATED: Here's when COVID-19 is now projected to peak in Oregon