Coronavirus shows some signs of leveling off in Oregon and Washington

Infection rates are leveling off and even dipping, but health officials warn they are still far too high, and people should continue to mask and distance. 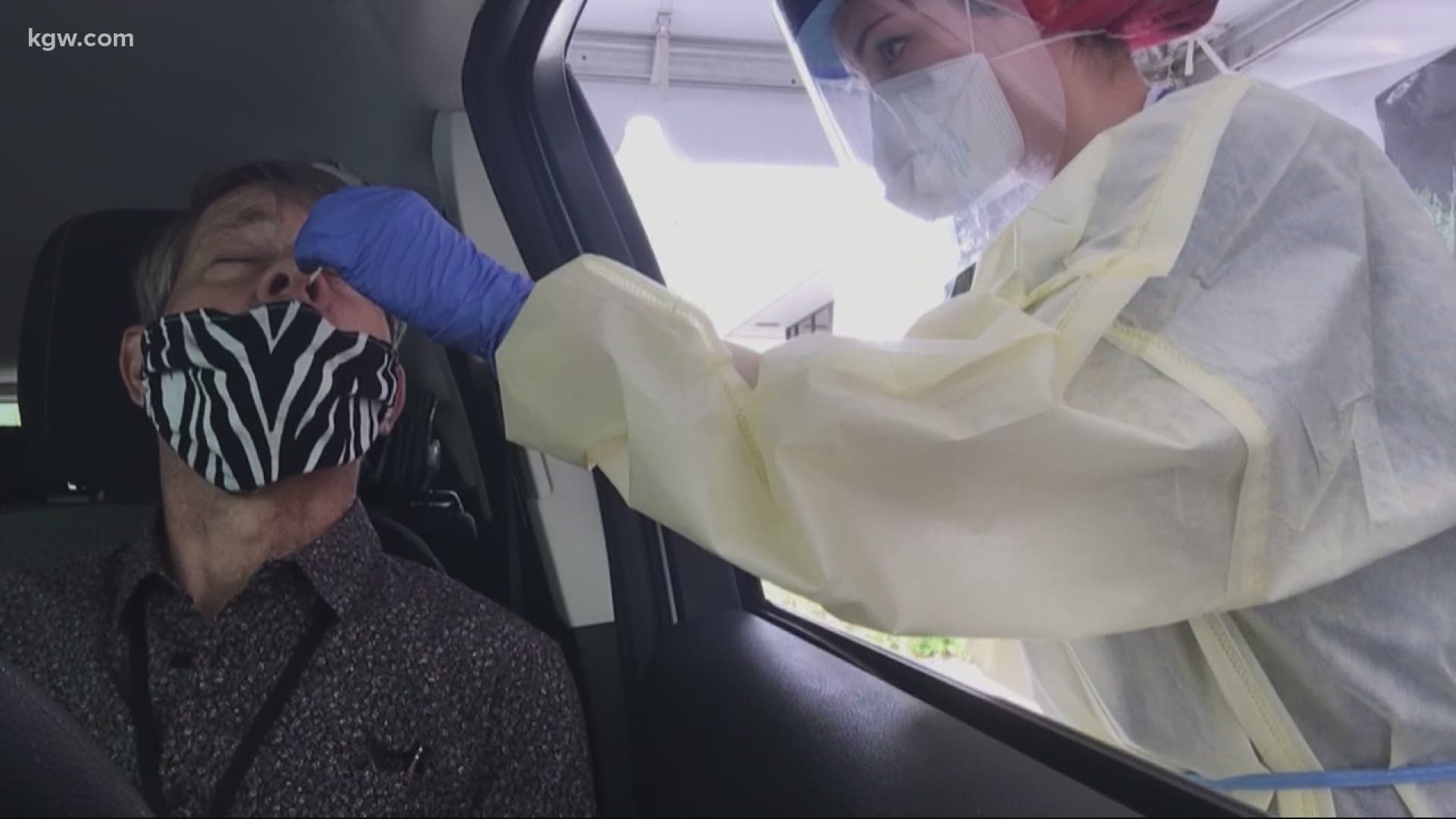 PORTLAND, Ore — Oregon's top doctor says he is seeing early indicators that COVID-19 infection rates are leveling off in the state, and even dipping.

“I don't know if I'd call it a trend, but slight decreases the last few weeks gives me some cause for optimism,” said Dean Sidelinger, Oregon Heath Officer and Epidemiologist.

Dr. Sidelinger says that's generally true across the state, but it is not time to let our guards down.

The advice for bringing these numbers down is the same north of the border in Clark County. Clark County health Officer Alan Melnick has been driving this point home for months now.

“If people would just - you've heard me say it before - practice physical distancing and masking, we would not be in the situation we're in right now,” said Dr. Melnick.

Clark County is in a similar spot: plateauing cases, but too high. The latest statistics show a total of 2,181 cases and 42 deaths. There have been 470 new cases in the latest two-week period. That puts the current infection rate at 88 cases per 100,0000.

That infection rate is much higher than it was.

“Back in early June we were at 17 - if you look at the epi curve we are in a very different situation than we were in mid-June,” said Melnick.

So both Oregon and Washington are better than some states, but still we struggle to get back down to where more businesses can open and most schools can have children inside. There are varying details, but generally decision makers want to see infection rates down below 10 new cases per 100,000 before most schools could open.

And unfortunately, people are losing their lives to COVID-19 on a daily basis.

“Death is a lagging indicator, so it's a tragedy for all those who die, and my heart goes out to their families,” said Sidelinger. “But, unfortunately, I think we may see a few more days or weeks of these higher numbers of fatalities as we go forward. It's really not time to let our guard down because we really have a-ways to go to get our cases down to a manageable level.”