‘It’s impossible not to cough on somebody’: Masks to be distributed to Oregon inmates 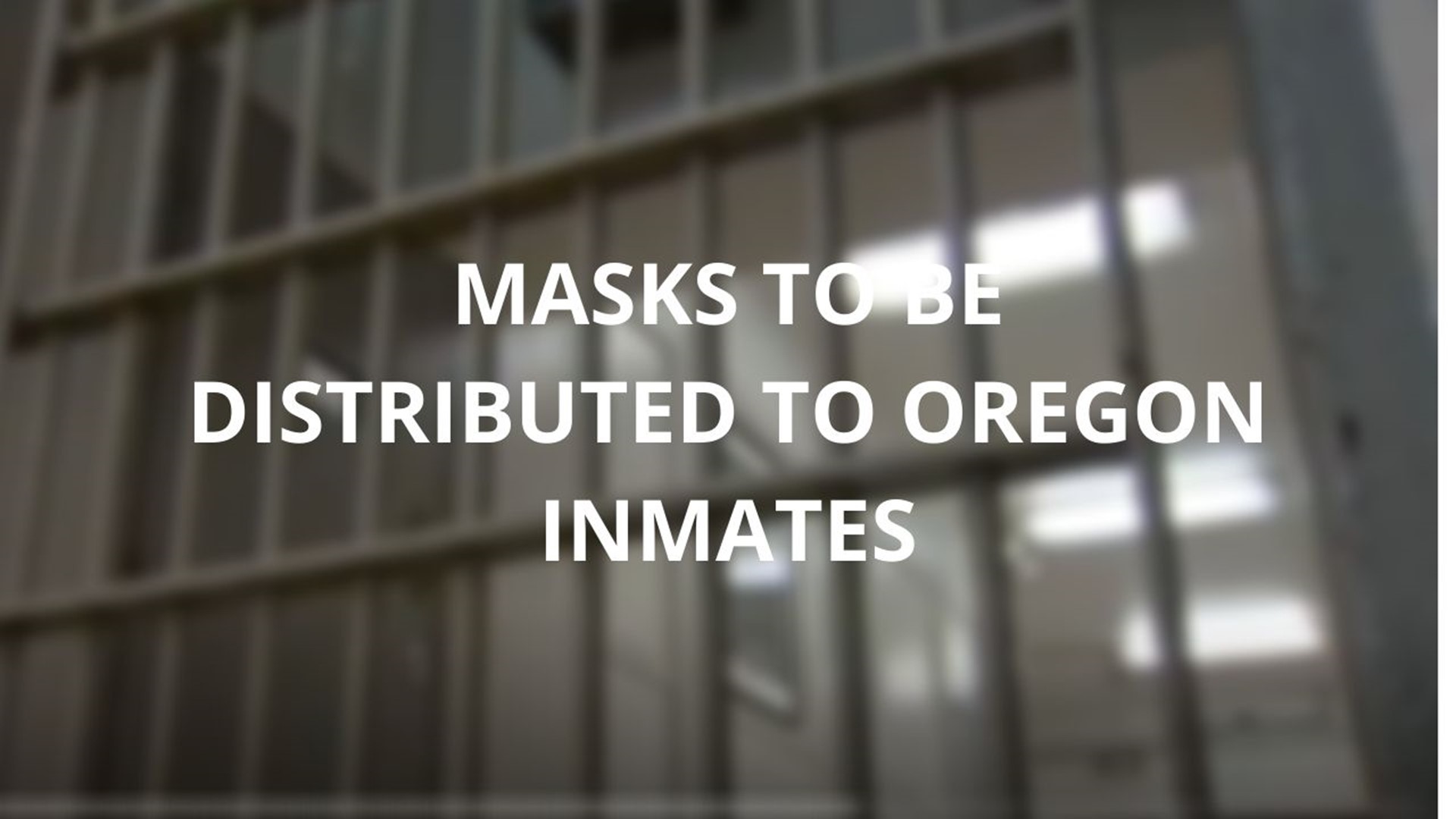 SALEM, Ore. — UPDATE: Seven inmates with underlying medical conditions concerned about contracting COVID-19 filed a lawsuit Monday against Oregon Gov. Kate Brown and the leaders at the Department of Corrections, arguing the agency provided willful and deliberately indifferent medical care to those in custody.

Experts have said it was only a matter of time until COVID-19 reached Oregon’s jails and prisons, and that came to a head this week. An employee at the Oregon State Penitentiary in Salem tested positive for the virus, as did two Marion County Jail staffers, and an inmate at the Santiam Correctional Institution.

An inmate at the Columbia River Correctional Facility in Northeast Portland called KGW News Friday morning to talk about his experience behind bars during the coronavirus pandemic.

Skyler Floro, 23, is serving a five-year sentence for two counts of robbery. He said he and his fellow inmates have been watching the news in the past few weeks like everyone else.

He said he was a little worried about his own health this week after experiencing a bad cough and shortness of breath. He saw a doctor who told him his oxygen levels were fine.

“I asked for a mask so I would not cough on other inmates because we are forced to live in conditions where we are only a couple feet apart,” Floro said. “If you go through a coughing fit, our bunks are so close it's impossible not to cough on somebody.”

Floro’s request for a mask is now being fulfilled for each inmate, according to staff with the Oregon Department of Corrections. Each inmate will get two masks and each employee will get one.

According to an internal email, inmates at the Eastern Oregon Correctional Institution are making 30,000 masks, which are being shipped out this week.

"Individuals will be responsible for cleaning their own masks. Thorough washing with soap and hot water and completely drying is sufficient," the email reads.

Floro also said he would like to see more space being made in the areas where inmates spend most of their time.

“If you can consistently separate the bunks so we can socially distance a little bit so we're not coughing on people next to us, it would make so many people feel less panicked,” Floro said.

Advocates like Alice Lundell with the Oregon Justice Resource Center and Kelly Simon with the ACLU of Oregon have called for the DOC to release some inmates to create more space in prisons so they are able to maintain proper social distancing.

"I just think it's important for people to remember that there are 14,000 people in living in our state institutions, many who are elderly and have poor health. They live in the lot of close contact and we are connected with them. The virus does not care about walls," Simon said. "It's really important that we take the threat of this seriously, or we will see a lot of harm."

When asked about commuting sentences, Gov. Kate Brown's spokesperson said, "among other options, the governor may consider use of her clemency powers, but has not made any decisions as of this point."

On a local level, the sheriff of Clark County, Wash. announced this week they've released 200 inmates from their jail. They worked with judges and a prosecutor on that decision, and released inmates who are medically vulnerable and those who were awaiting trial but haven't been convicted.

"But in a nutshell, if you are a violent felon, sex offender, serving a sentence for a sexual crime, or if you have in custody sanctions that would deem you a high risk, you will not be released," the sheriff wrote.