The new cases bring the state's total number of infections since the beginning of the pandemic to 147,122. 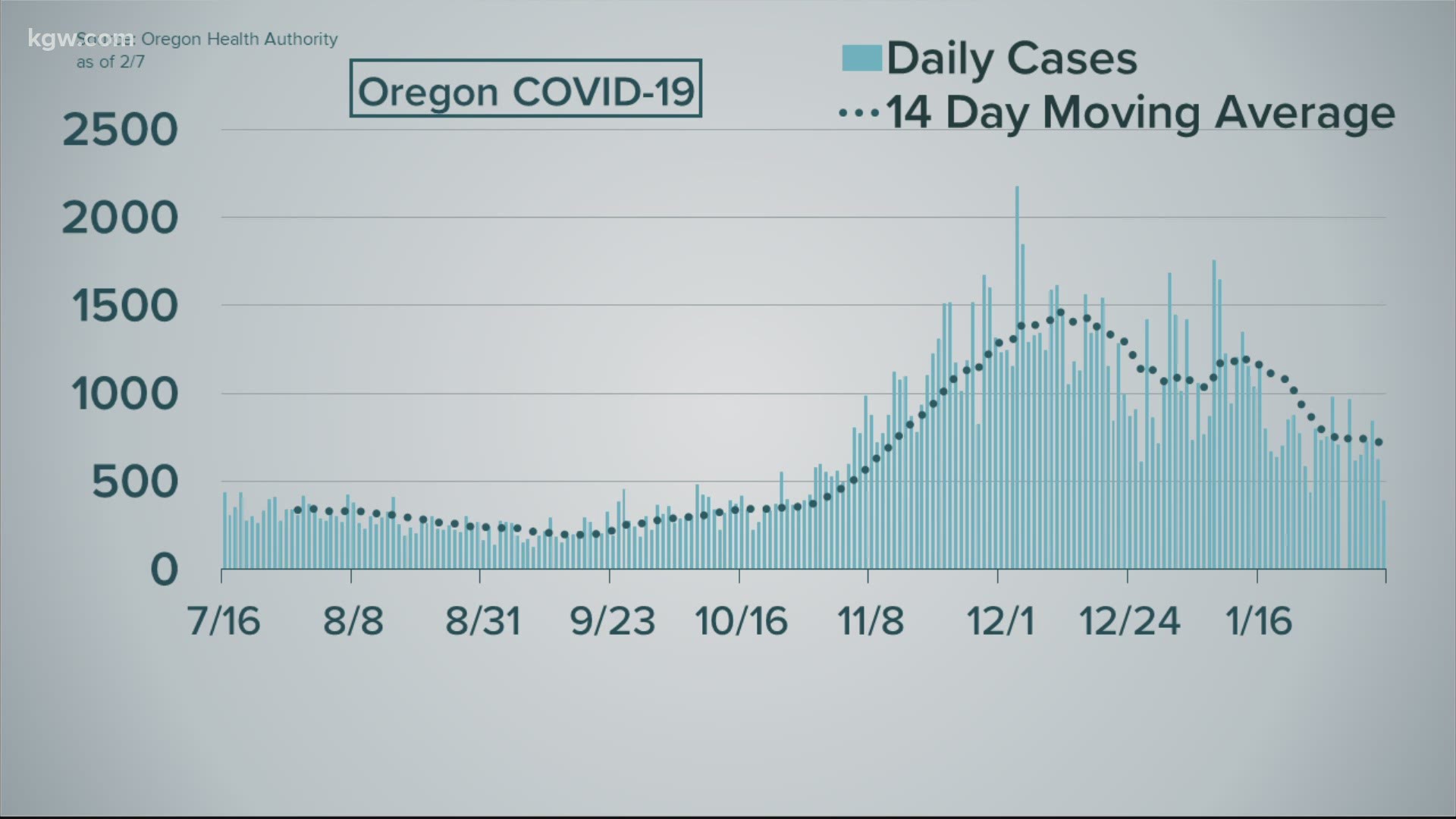 The death toll in Oregon has risen to 2,023 and the total number of infections in the state since the beginning of the pandemic has risen to 147,122.

The 393 cases reported on Sunday were found in the following counties:

The following information was released about the four deaths:

OHA is also keeping track of its vaccinations as the state works through Phase 1a of vaccination. On Sunday, OHA reported that 21,694 doses of COVID-19 vaccinations were added to the state immunization registry.

Oregon has administered 554,145 doses of the vaccine, while a total of 734,950 doses have been delivered across the state.