The death toll in the state of Ohio is now at three. 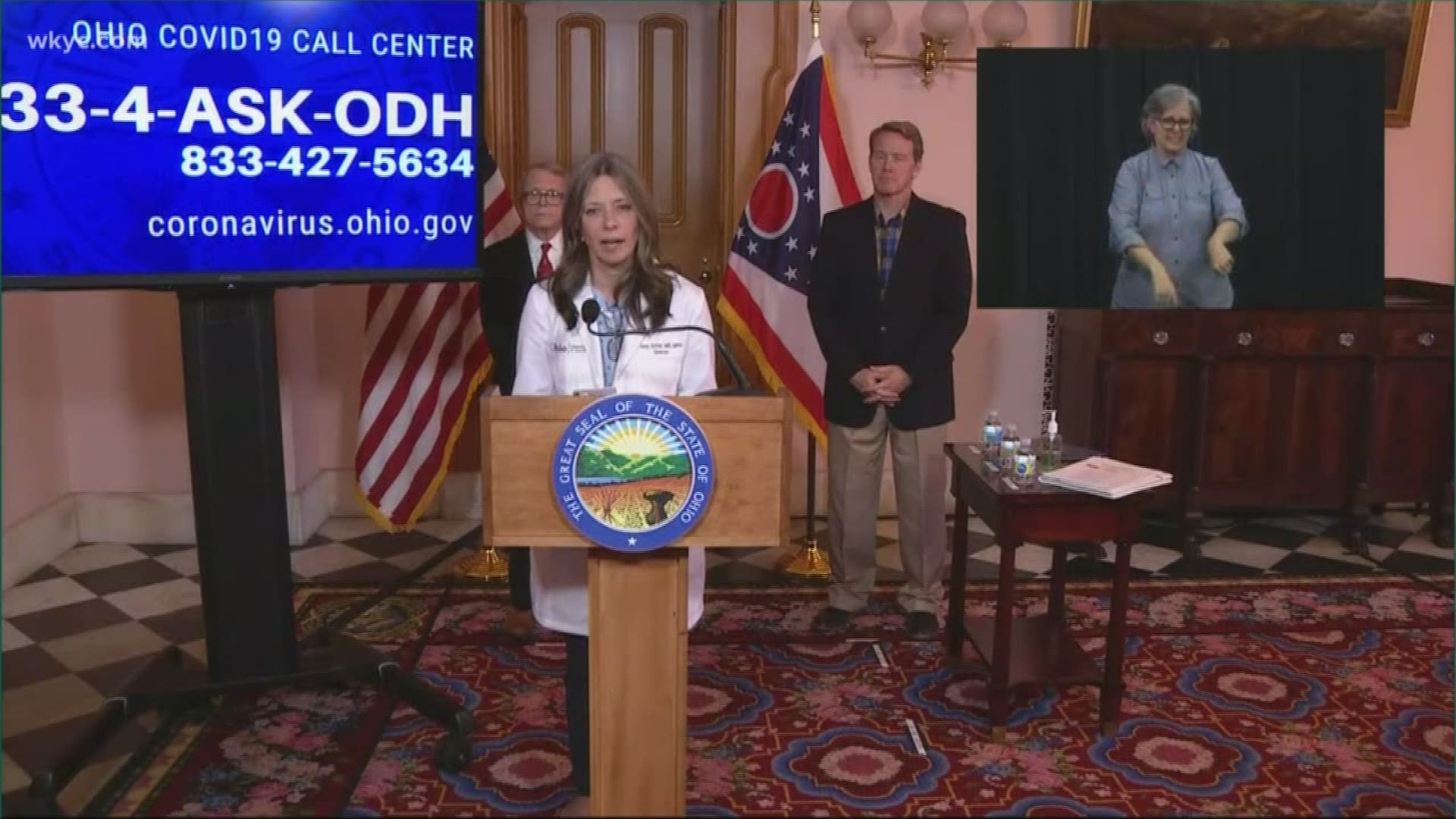 COLUMBUS, Ohio — Three people have now died from the coronavirus in Ohio, the state Department of Health confirmed Saturday.

Erie County health officials say the patient was an 85-year-old man, and ODH Director Amy Acton confirmed the Cuyahoga County patient was a 91-year-old man in her daily press briefing with Gov. Mike DeWine today. Dr. Acton also identified "hot spots" for the illness in the city of Cleveland and Tuscarawas County (as well as Dayton), notably at nursing homes.

247 people have tested positive for the coronavirus in Ohio, including 92 cases in Cuyahoga County. 24 of those cases are in Cleveland, with seven new cases announced Saturday among people between the ages of 20 and 70.

"Community spread is here and the number of confirmed cases in Cleveland is increasing—almost doubling—daily. One of the reasons is because the number of those being tested is also increasing. The science shows that most will recover, but when we tell you to stay at home and practice social distancing, it is because we must take these important measures as a community now to protect those who are most vulnerable and minimize the impact and duration of the virus."

Only one case has been confirmed so far in Tuscarawas County, but the county health department on Saturday said a person from another county who has since tested positive recently came into contact with roughly 20 residents and three healthcare workers at a "long-term care facility."