The county reported 78 cases during a two-week period in January. OHA reviewed and adjusted the number to 80, keeping the county in the "extreme risk" category. 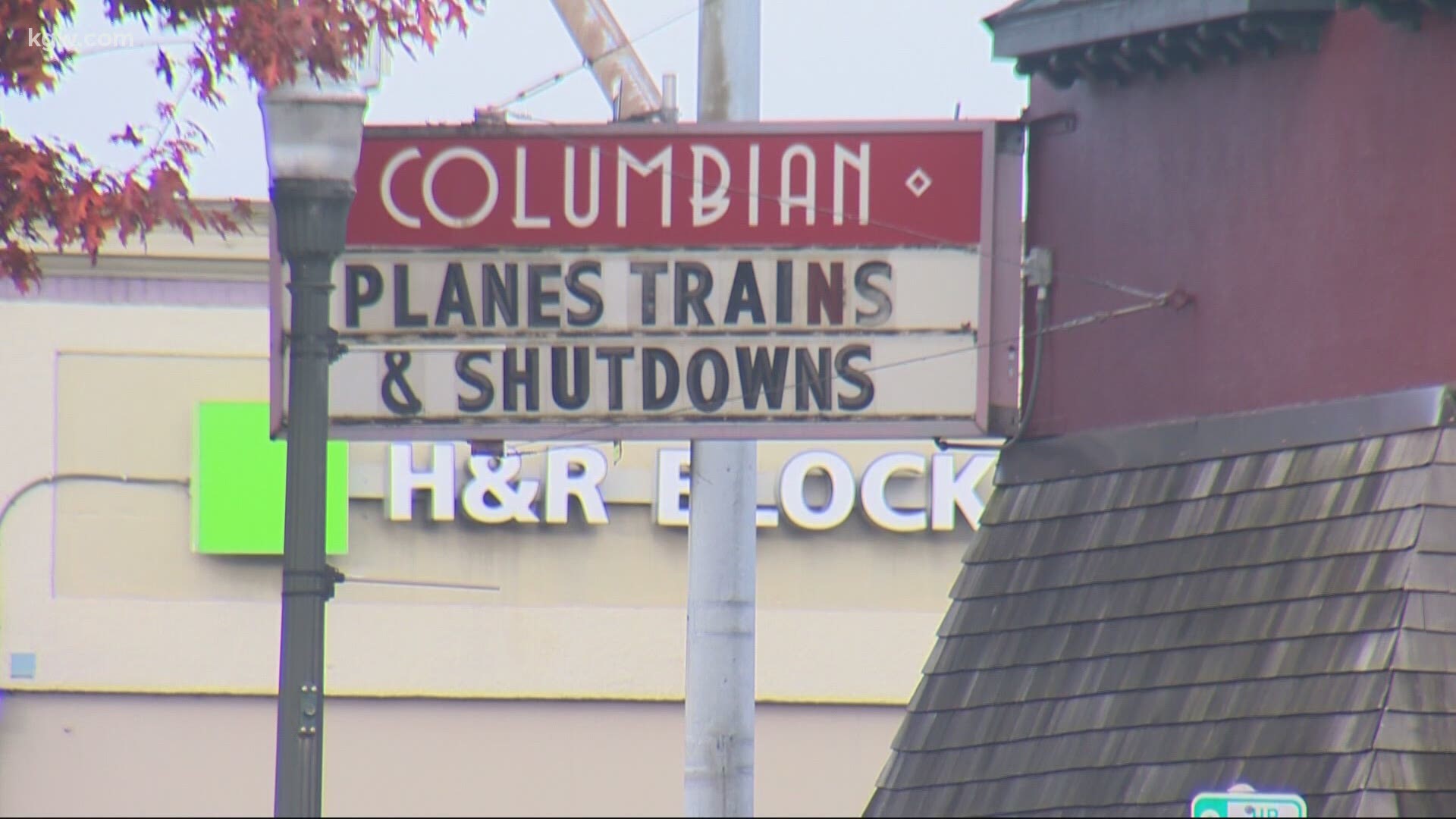 In two weeks, from Jan. 10-23, Clatsop County reported 78 new cases. Each new case is reported to the Oregon Health Authority, which uses those to assess each county's risk level.

Those 78 cases were enough to bring Clatsop County down into the "high risk" category. The county currently is in the "extreme risk" category, which is the highest of the four in Oregon.

Under the "high risk" designation, the state says restaurants can have indoor seating with up to 25% of maximum capacity or 50 people, whichever is fewer.

Business owners have long complained that the two-week model and constantly changing their business model hurts the bottom line and employees.

"The problem with doing business that way is you never know, 'Do I have to prepare to hire my staff back? Do I need to bring in food?' All these other things that a business owner has to prepare for. It was a very fluid chaotic situation," said Michael Angiletta, owner of Blaylock's Whiskey Bar in Astoria.

RELATED: Oregon Health Authority gives mixed messages on whether vaccine is being held back for second doses

Angiletta said he's been keeping track of the numbers that Clatsop County and OHA report. He said for the most part, they've added up.

"This last go around, it was wrong," he said.

The Oregon Health Authority (OHA) reviewed the cases Clatsop County reported and adjusted the number to 80.

Tom Bennett, a spokesperson for Clatsop County, said in an email to KGW, "The Public Health Department forwards our daily case count data on to the Oregon Health Authority, but there frequently appears to be a lag between when we send it and when OHA includes it in their own daily totals for each county."

OHA spokesperson Tim Heider said, "A subsequent review determined there were 80 cases. Clatsop County remains in extreme risk because they had a case rate of 203.4 based on the 80 cases reported to public health in the two week period. The LPHA (local public health agency) says there were only 78 cases in that period which would reduce their rate to 198.3. OHA re-examined and documented 80 cases in Opera."

"The discrepancy with OHA’s numbers for that period is a source of frustration, given how much is at stake for our local businesses under the risk levels restrictions," Clatsop County spokesperson Bennett said.

Out of frustration of his own, Angiletta started a change.org petition asking the state to disclose and explain all differences between both the state and county's COVID-19 data.

"We're not saying somebody falsified. We're open if somebody made a mistake, or if they didn't make a mistake, at least understanding how they calculated the numbers," said Angiletta. "That's all we want. We just want answers."

Angiletta's petition has over 700 electronic signatures, of which he says over 100 are business owners in Clatsop County.

He says he's planning to hand deliver the petition to the OHA offices in Salem on Friday.

"We're not asking to open our doors irresponsibly, but we do want to stay in business. We do want to provide a job for our teams." Angiletta said.