The decision was made because of rising COVID infection rates and the limited capacity allowed by the state of Washington. 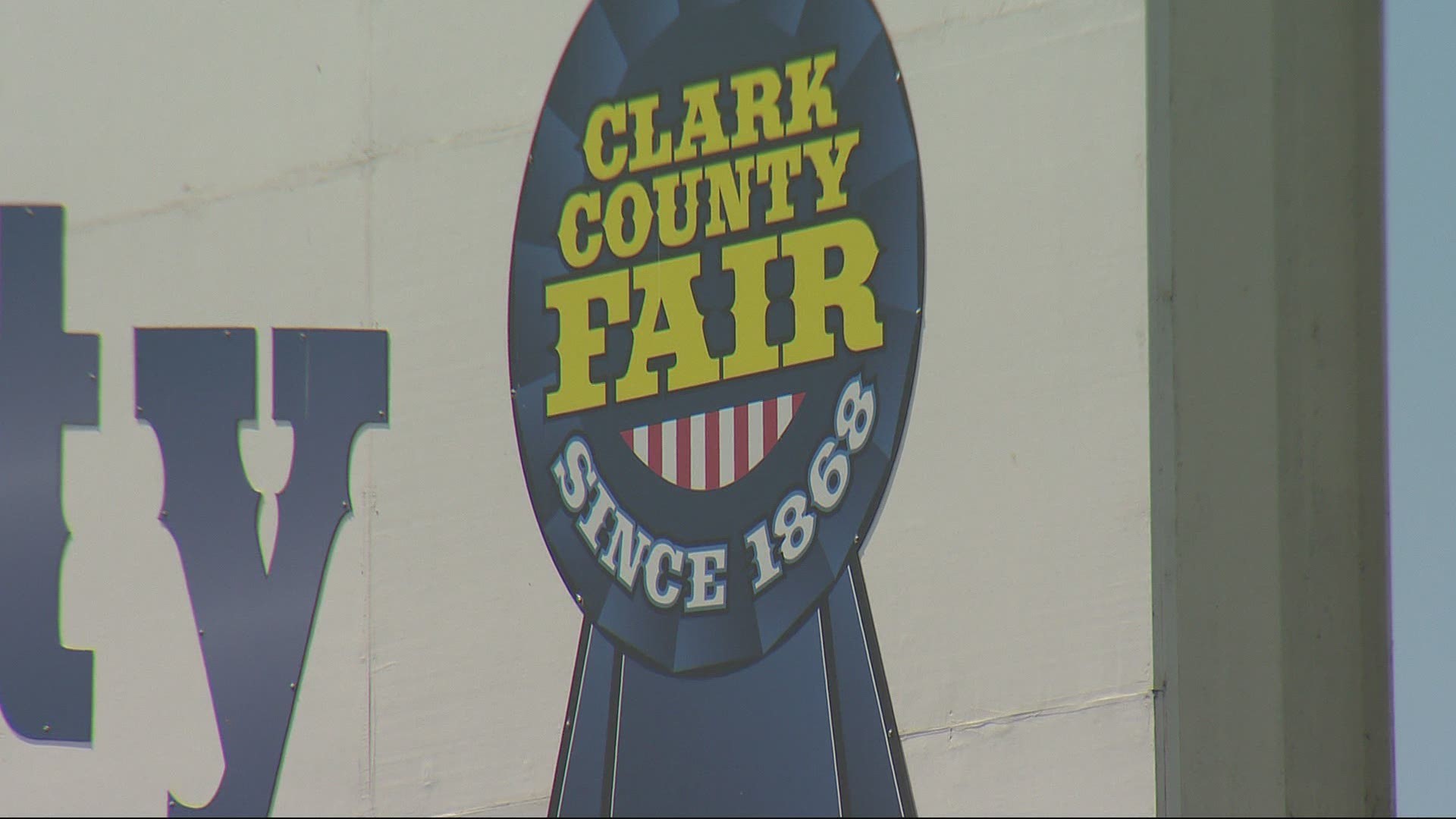 RIDGEFIELD, Wash. — The 2021 Clark County Fair has been canceled because of rising infection rates in Washington and the limited capacity and activities allowed by the state.

John Morrison, manager and CEO of the fair, said many fair events result in large crowds in small spaces, like the midway, grandstands, carnival areas and food court.

"Based on the current Washington state guidelines for events and fairs, we would be challenged to monitor and maintain distance and the health and safety for our guests and volunteers," Morrison said.

Clark County health director Dr. Alan Melnick said Clark County Public Health advised that the fair not be held because of guidance from Gov. Jay Inslee and the rise in infection rates so close to the opening of the fair. The fair was scheduled to be held August 6-15.

“If the new case rate and hospitalizations were significantly below the Phase 2 tripwire, we would not be interviewing today, there would not have been a decision. We would have said it looks like the trend is in the right direction it looks like we're going to be able to do this,” said Morrison.

The news creates a hardship for some groups that rely on the fair as a fundraiser.

One notable one is the ice cream stand run for more than 50 years by the Clark County Dairy Women.

“We are a family tradition here at the clark county fair everyone comes to get a fresh peach milkshake, said Erin Uskoski, who added “We serve over 17,000 milkshakes each year.”

The ice cream sales support service projects for the community.  The last year the non-profit had to cut back, but will continue despite, the setback.

“It's sad and very disappointing, it's a tradition for all of us and our families, but we want to do what's right too,” said Merry Woodside, who is Erin’s mother. To learn more Clark County Dairy Women check out their Facebook page.

And as for the thousands who come each day for the fair's ten day run, they'll have to wait another year for the major excitement.

“I expect people to be disappointed I'm disappointed and I expect that we will be able to put this thing on in a much better way next year,” said Morrison.