Cellphone location data shows most Oregonians are staying home, but not everyone

Tech companies are sharing the anonymous, aggregated location data from users smartphones to estimate how effective people are at social distancing. 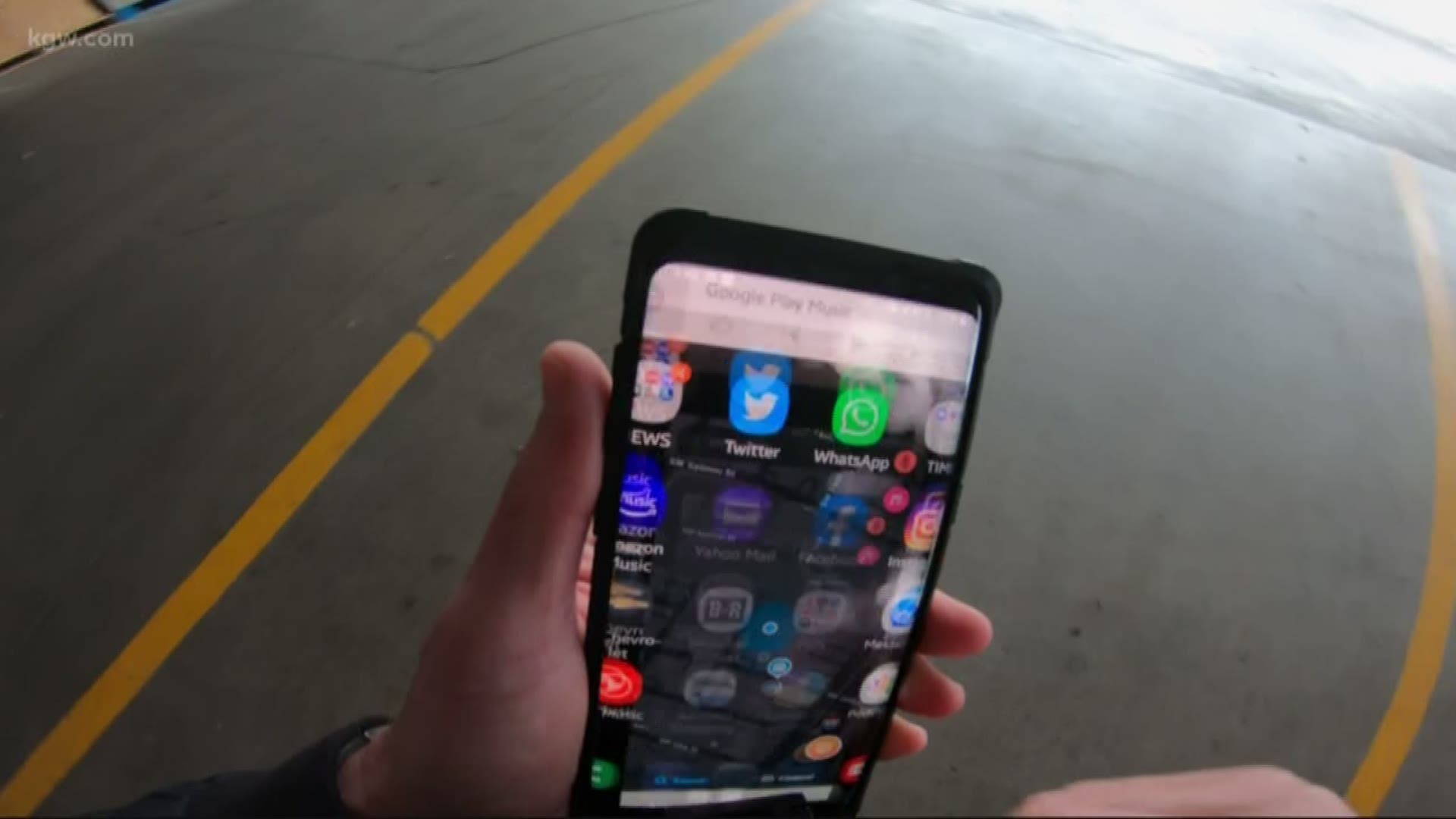 PORTLAND, Ore — Data scientists are using your cellphone to help monitor the spread of coronavirus. The location data comes from various apps installed on your phone, including games, shopping and driving directions. The information is normally used by retailers and marketers- but now various tech companies, including Google are sharing the anonymous, aggregated location data from users to estimate how effective people are at social distancing.

The data, which does not include personally identifiable information is broken down by state, and even county by county.

It could help health officials determine if public policies are working.

The data suggests most people in Oregon are staying put at home.

In Oregon, mobility (or the range people travel each day) has dropped 91% so far this year, compared to all of 2019, according to research by Cuebiq, a data intelligence firm.

The data from Google indicates there was a significant decline in visits to places like restaurants, shopping centers and movie theaters leading up to and immediately following Gov. Kate Brown’s order on March 23 for Oregonians to stay home. Google data shows a 51% decline in retail and recreation activity compared to normal.

Activity at bus and light rail stations fell 47%, compared to average according to the Google data.

“Overall, it’s a fantastic indicator that people are actually being responsive to the recommendations,” said Haendel. “Our region is doing pretty well- relative to the rest of the nation.”

One company, Unacast, that collects and analyzes smartphone location data launched a “Social Distancing Scoreboard” that grades which residents are changing behavior in response to recommendations by health officials.

“We build very advanced models with our data scientist teams to understand how we are moving around this planet, so it was natural for us to apply our models on a case like this to create better awareness,” said Thomas Walle, CEO and founder of Unacast.

The state of Oregon received a ‘D’ grade from Unacast, based on reduction in distance traveled and reduction in visits to non-essential places like restaurants, stores and hotels.

Oregon counties varied widely, with several received an ‘F’ grade while Multnomah County, the most populous in Oregon, received a ‘B’ grade according to Unacast.

“There’s definitely been a clear need to understand and measure how these guidelines are being effective, and I really hope that states and counties start to learn from each other,” explained Walle.

The location data shared by tech companies haven’t been vetted by public health authorities or epidemiologists.

Data scientists warn that mobility data has its limits. It is difficult compare regions, like urban versus rural, because each has unique characteristics and population density.

“If you live rurally- you might be staying home more but the distance to get to a grocery store, for example, is going to be greater,” explained Haendel.

Tech companies suggest they are exploring adding layers to improve the data. For instance, the mobility data doesn’t pick up whether people are staying at least six feet apart, as suggested by health officials for social distancing. Haendel believes the public could benefit from new algorithms to help evaluate spread and risk.

Additionally, she’d like to see tech companies add reinforcement and positive messaging, similar to alerts on a fitness tracker or Fitbit.

“There should be some feedback,” said Haendel. “Something that says- ‘Hey, thank you for staying home!'"