After more than 20 Boeing employees tested positive for coronavirus, the company announced it would suspend production operations in the Puget Sound area. 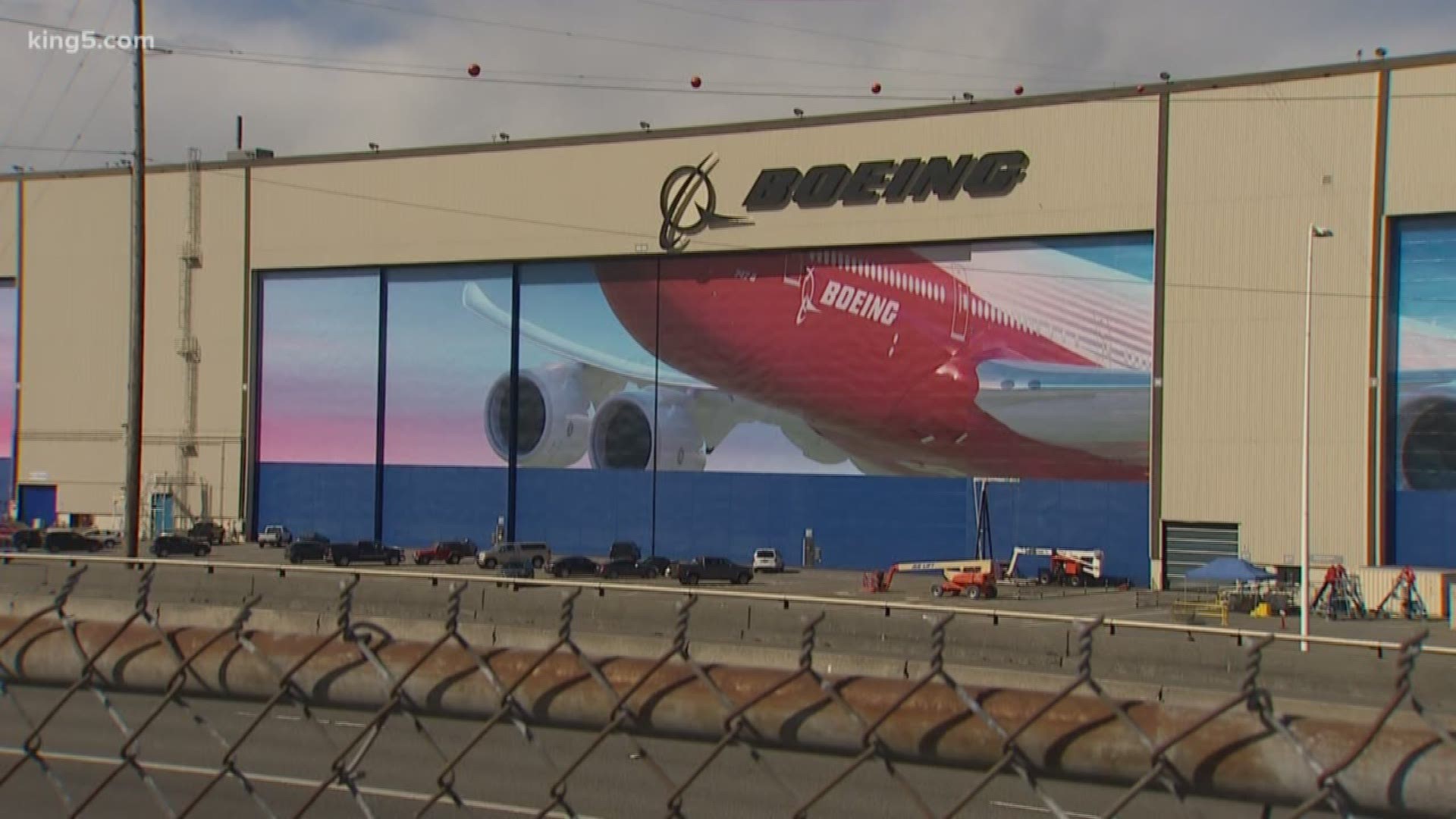 "These action are being taken to ensure the well-being of employees, their families, and the local community, and will include an orderly shutdown consistent wit the requirements of its customers," a statement from the company reads.

RELATED: How to file for unemployment during the coronavirus pandemic

"This necessary step protects our employees and the communities where they work and live," said Boeing President and CEO Dave Calhoun. "We continue to work closely with public health officials, and we're in contact with our customers, suppliers and other stakeholders who are affected by this temporary suspension. We regret the difficulty this will cause them, as well as our employees, but it's vital to maintain health and safety for all those who support our products and services, and to assist in the national effort to combat the spread of COVID-19."

A Boeing spokesperson confirmed Monday there are 29 confirmed cases of COVID-19 among employees company-wide, 24 of those in the Puget Sound area and five out of state.

Of the local cases, there are 17 confirmed in Everett, five in Renton, one in Auburn, and one at the local headquarters in Longacres.

An Everett Boeing worker has died due to the coronavirus, according to reports.

Lionel Washington told KING 5 that his brother, 58-year-old Elton Washington, was a Boeing employee and died from the virus.

KING 5 reached out to Boeing for comment. The company said it cannot confirm that coronavirus was the cause of the worker’s death. Boeing said it is aware of the social media posts and wanted to confirm the information and respects the family’s privacy.