After beaches were packed last weekend, this Sunday, Seaside was practically a ghost town and Cannon Beach was nearly empty. 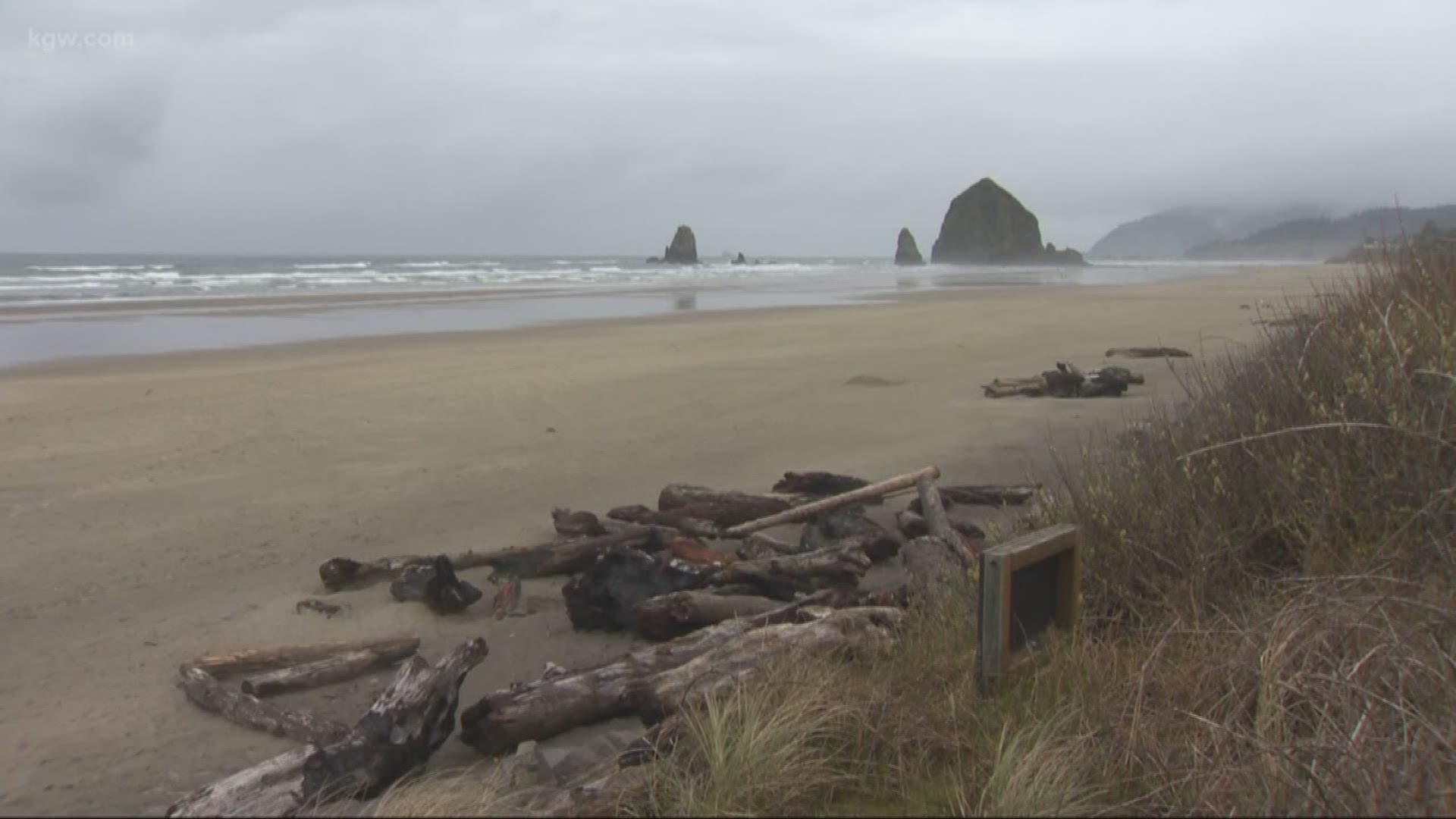 CANNON BEACH, Ore. — Oregon is nearly a week into the stay-home order and so far, Gov. Kate Brown believes it is working to help flatten the curve. It seems like many people are taking it seriously, especially when you look at the number of people on the Oregon coast this weekend compared to last weekend.

This time last week, beaches and parking lots were packed. The influx of people had coastal mayors issuing orders for people to go home.

"These people were coming in, flooding our stores, supplies were starting to get scarce to start with," said Warrenton Mayor Henry Balensifer.

"The COVID-19 pandemic is not just an opportunity for a traveling vacation, it's a threat to our very lives," said Tillamook Mayor Suzanne Weber in a video she posted to Facebook asking people to leave immediately.

FACTS NOT FEAR: GET THE LATEST NEWS ON THE CORONAVIRUS

Communities that normally welcome people during spring break were pleading with them to leave.

"This street was just covered with cars up the road where you're not supposed to park on the road, so it was overrun with visitors," said Cannon Beach resident Nancy Kroll.

RELATED: 'Quite a bit of a drop off': Businesses along Oregon Coast hurting during coronavirus pandemic

"It was crazy, like even some of the locals said it looked like Fourth of July. I mean the beaches were packed, it really was," said Cannon Beach resident Jay Muncy.

This Sunday though, Seaside was practically a ghost town and Cannon Beach was nearly empty.

"Looking around I see one car ... and then yours makes two, so that's good," Kroll said as she looked at the parking lot. "This is temporary. Please everybody come back, we want you to visit, just not right now."

Muncy said he has never seen Cannon Beach like this. He said it was so empty he could ride his bike down the middle of the street.

The lack of people is tough on local restaurants like The Driftwood, but they know it's necessary to stop the spread of COVID-19.

"It's a little bitter sweet," said Driftwood General Manager Jordan Maier. "I'm glad people are staying home. At the same time, it's hard on the town, hard on the businesses, but it's something that probably needs to be done."

The message to stay home is something Gov. Brown is working to enforce through a new ad campaign.

The empty beaches are a sign that many are taking this seriously.

WATCH: #FactsNotFear: The latest coverage of the coronavirus