Several cruises and airlines based out of Seattle are impacted by the coronavirus outbreak and fewer travelers. 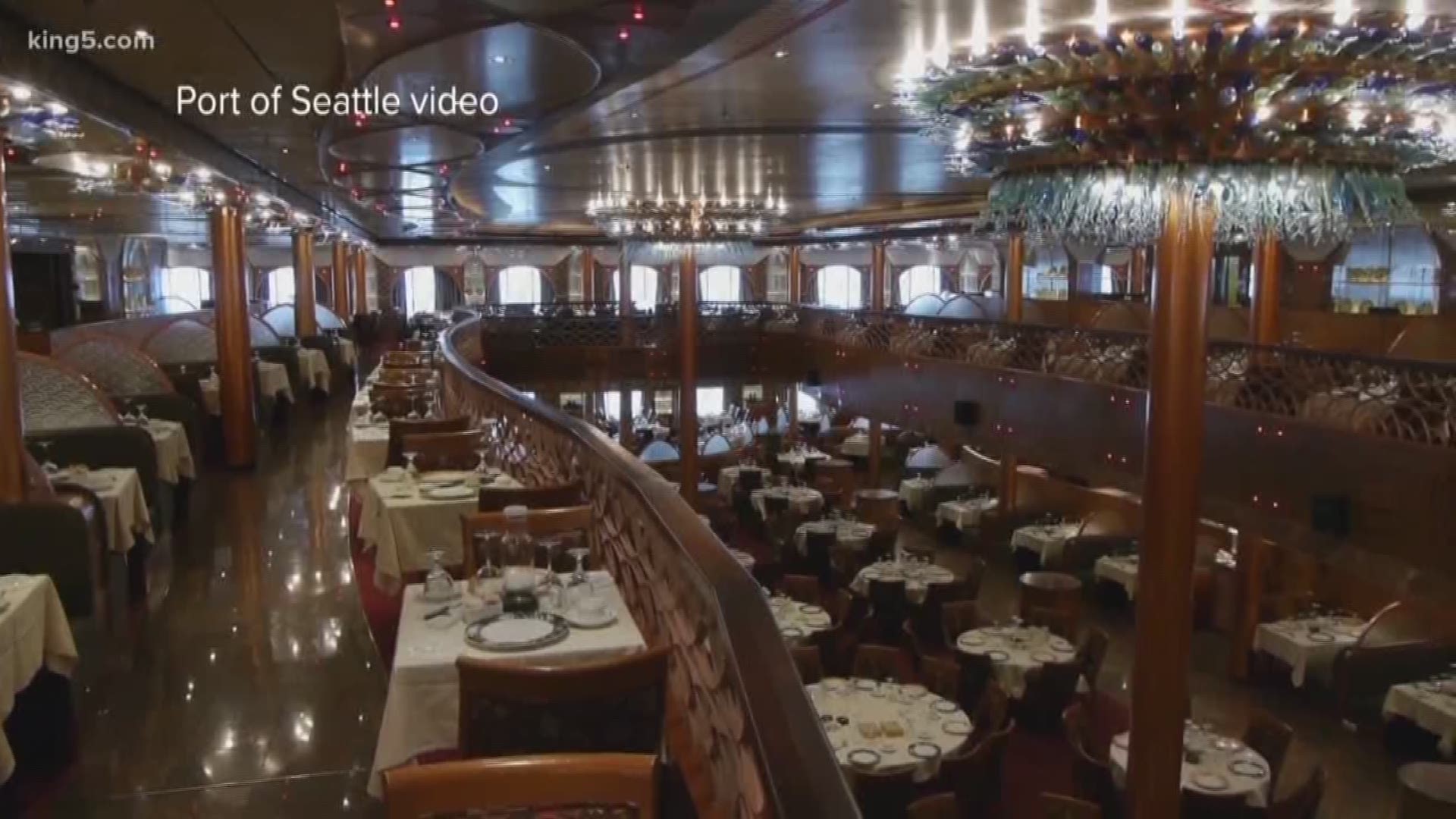 The Port of Seattle has become one of the biggest ports for cruise travel in the country and has taken a second hit to the upcoming 2020 season as Princess Cruises announces it will delay the start of its season 60 days.

A port spokesman says that means the cancellation of the May 9 and 16 sailings of the Ruby Princess, which was scheduled to dock at Smith Cove Cruise Terminal at Pier 91.

On Thursday, the Port announced it was going to cancel two sailings because of coronavirus. Those sailings were scheduled for April 1 and April 5. The first of those ships is the Grand Princess, which is the same ship at the center of the coronavirus outbreak at sea -- now tied up in Oakland, California.

The second ship is the Celebrity Eclipse, scheduled for April 5.

The cruise business represents a nearly billion dollar business for the local economy, supporting some 5,500 jobs. Each port call is worth about $4 million dollars to companies, providing everything from fuel to croissants in the dining rooms, according to Port of Seattle numbers.

Alaska Airlines and Delta Air Lines, the two biggest carriers at the Seattle-Tacoma International Airport, announced that they are cutting domestic flights because of a booking decline due to the coronavirus.

Alaska Airlines planning to trim flights by 3%, especially where it serves markets with multiple flights and can move passengers earlier or later.

Delta Air Lines is making a bit of a more drastic decision, cutting domestic flying up to 15% and its international routes by 25%.

American Airlines also announced that it's targeting a 7.5% reduction of domestic flights. Last week, United Airlines announced it was cutting domestic routes by 10%.

For the Sea-Tac Airport, which has been undergoing years of rapid and at times, record growth, a slow-down is possible in the near future.

The same could be said for the Port of Seattle's booming cruise business at the seaport, where 86% of passengers connect with their ships by flying in and out of the region’s biggest airport.

In the coronavirus crisis, the cruise businesses is an area of large concern, especially considering the older demographics long associated with the growth in the cruise line industry.

RELATED: Airlines take variety of measures to deal with financial impact of COVID-19

“We were thinking of maybe never cruising again,” said frequent cruise passenger John McLean who lives in South Snohomish County. McClean estimates he has been on 50 to 55 cruises in his lifetime.

McClean is currently stuck on the Grand Princess, the ship returning from a cruise to Hawaii that is now docked and quarantined in Oakland, California. So far, 21 passengers on the Grand Princess have tested positive for the coronavirus. Other passengers, like McClean, will be processed by health officials when they get off.

Although 70-year-old McClean isn't showing any symptoms, he is still in a tough spot medically and says he's 'scared.' Not just for his age, but for the strength of his immune system.

“My immune system is gone.  I had a heart transplant four years ago next month. I’ve been doing well. I have no way to fight a virus like that.”

McLean has been able to reach out through his state representative and said he is working with U.S. Senator Patty Murray’s office to try and get back to Washington state, or at least to a place in California with a major hospital that has handled transplant patients like him.

As of 6 p.m. on Tuesday, he said it looks like a charter flight back to Washington state is coming together for Washington residents on the cruise. 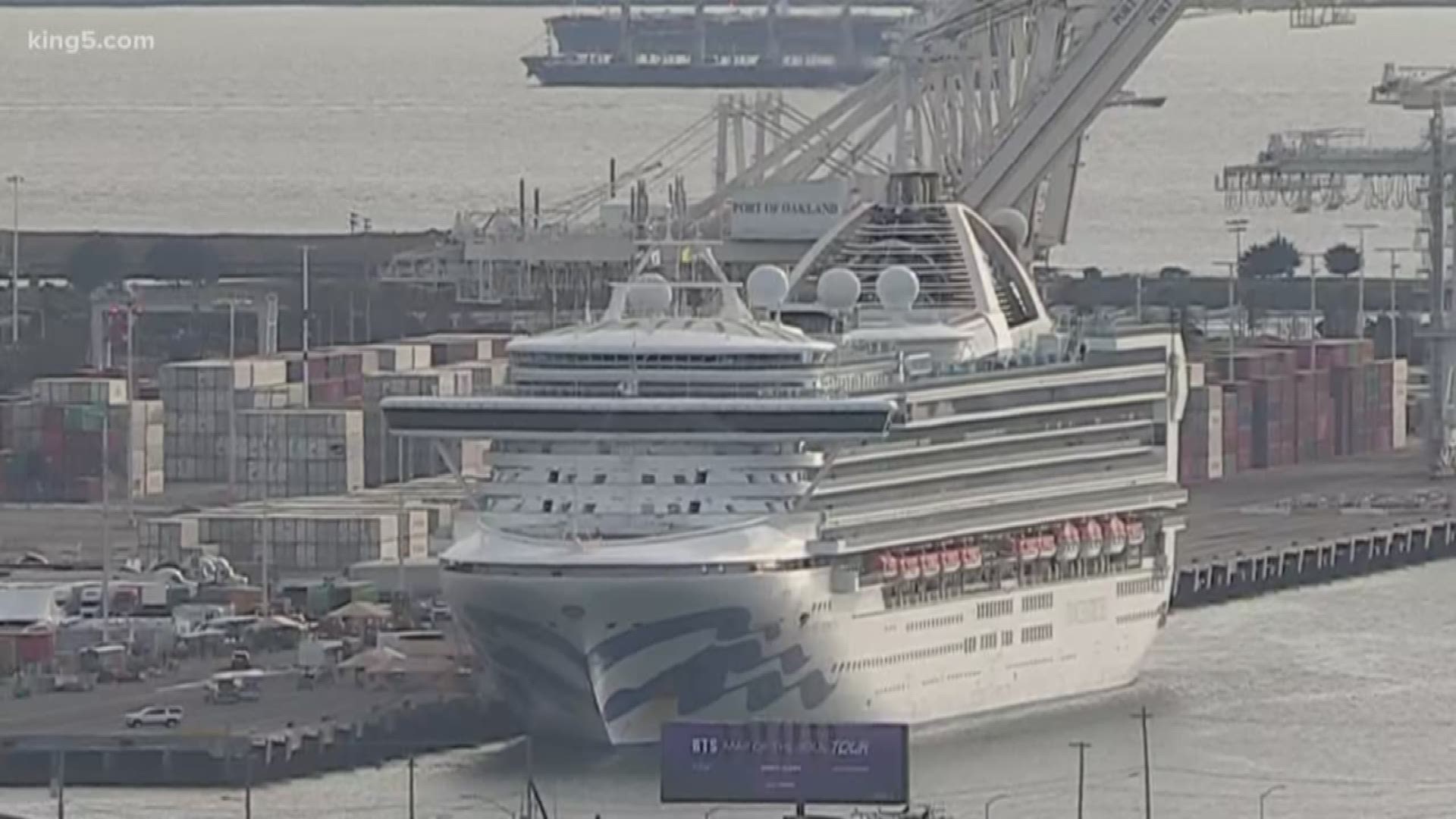