Gov. Brown says isolation is leading to child suicide, which is one of her reasons for vaccinating teachers before seniors, so kids can go back to school. 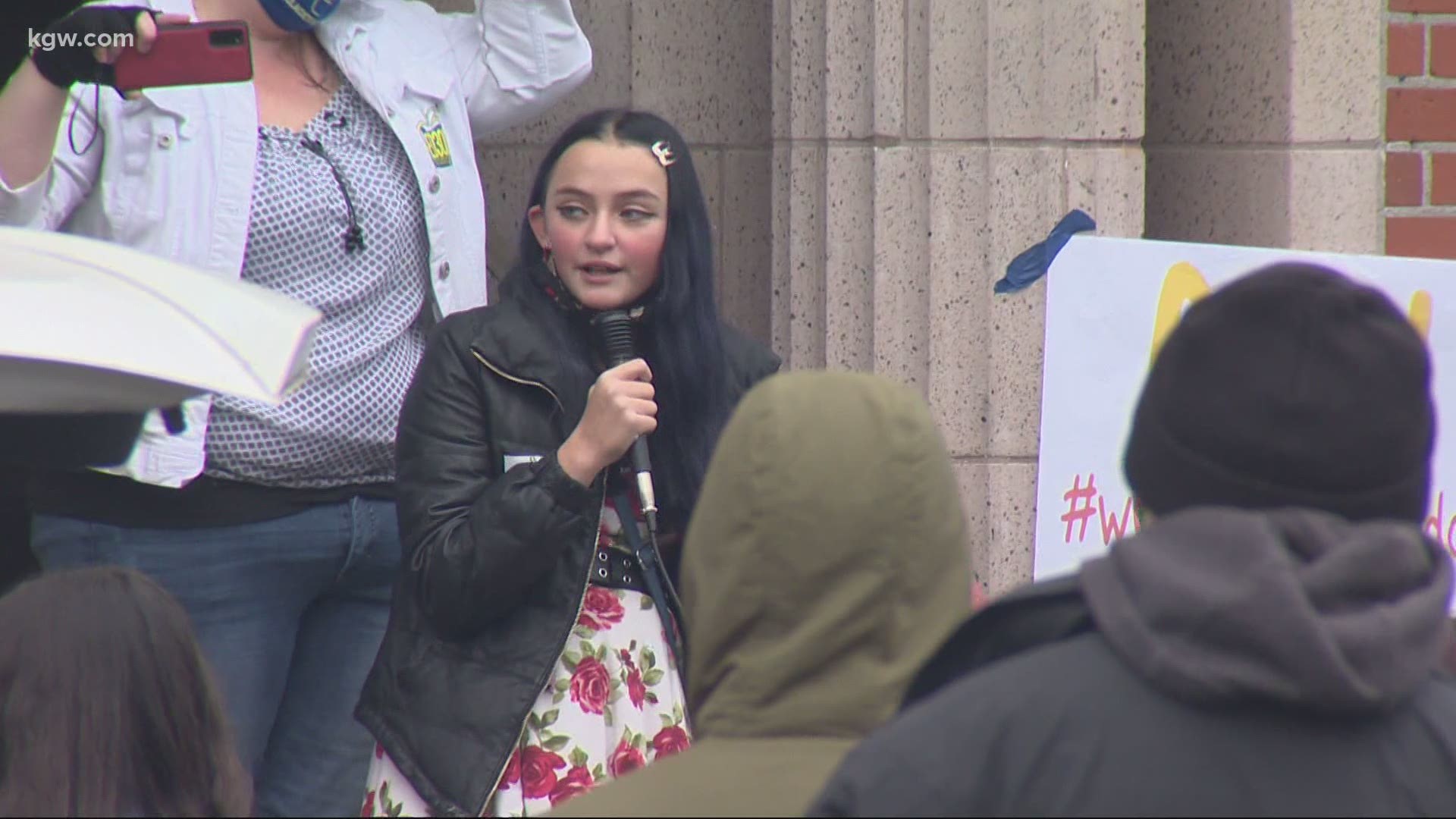 Melanie, 13, first spoke to KGW in early December at a rally to reopen schools.

"COVID and the whole like shutting schools has definitely had a huge impact on my depression," said Melanie.

She said the isolation from her friends and lack of hands-on teaching led her down a dark path. KGW has heard similar stories from students and parents around Oregon.

"It was just so frustrating that I couldn't do it anymore," she explained. "I was having like mental breakdowns daily, multiple times a day."

She said she stopped participating in school last spring.

"Depression is very invisible and it's kind of hard to tell if somebody is struggling or not," said Melanie. "So it might look like someone is doing fine with distance learning, that they are totally ok with it, but they could be struggling and you just don't know."

With help from family, she's now in therapy and has been back in school since October.

"Struggling without having a person there to help you through it is the absolute worst and that can lead to just horrible things."

That's something that concerns Oregon Gov. Kate Brown. It's one reason she's putting teachers and school staff in front of seniors for COVID-19 vaccine priority.

"I talked with the CEO and president of Salem Health on my vaccination tour this week," said Gov. Brown. "She is hearing of many 11 and 12-year-olds attempting suicide."

Jeff Carr is CEO of Albertina Kerra, an organization that provides mental health services to young people. Carr says the pandemic has taken a toll on young people by cutting off social interaction.

"I just think kids across the spectrum are struggling and I think the longer this goes on, the more risk we're going to have as a society," said Carr.

He believes a return to the classroom will be good for students. Melanie's mom agrees.

"If we don't find a solution soon, we're going to lose a lot of kids," said Megan Gabriel. "I know lots of people who have lost their children this year, and I fight every day to keep mine alive, so someone really needs to do something about this."

Despite the concern, recent data from the Oregon Health Authority shows a slightly lower rate of teenage suicide-related emergency room visits this year compared to last.