Rudy Thompson grew up outside Toledo, Oregon, where U.S. soldiers logged timber for WWI. He believes they brought the Spanish flu with them. 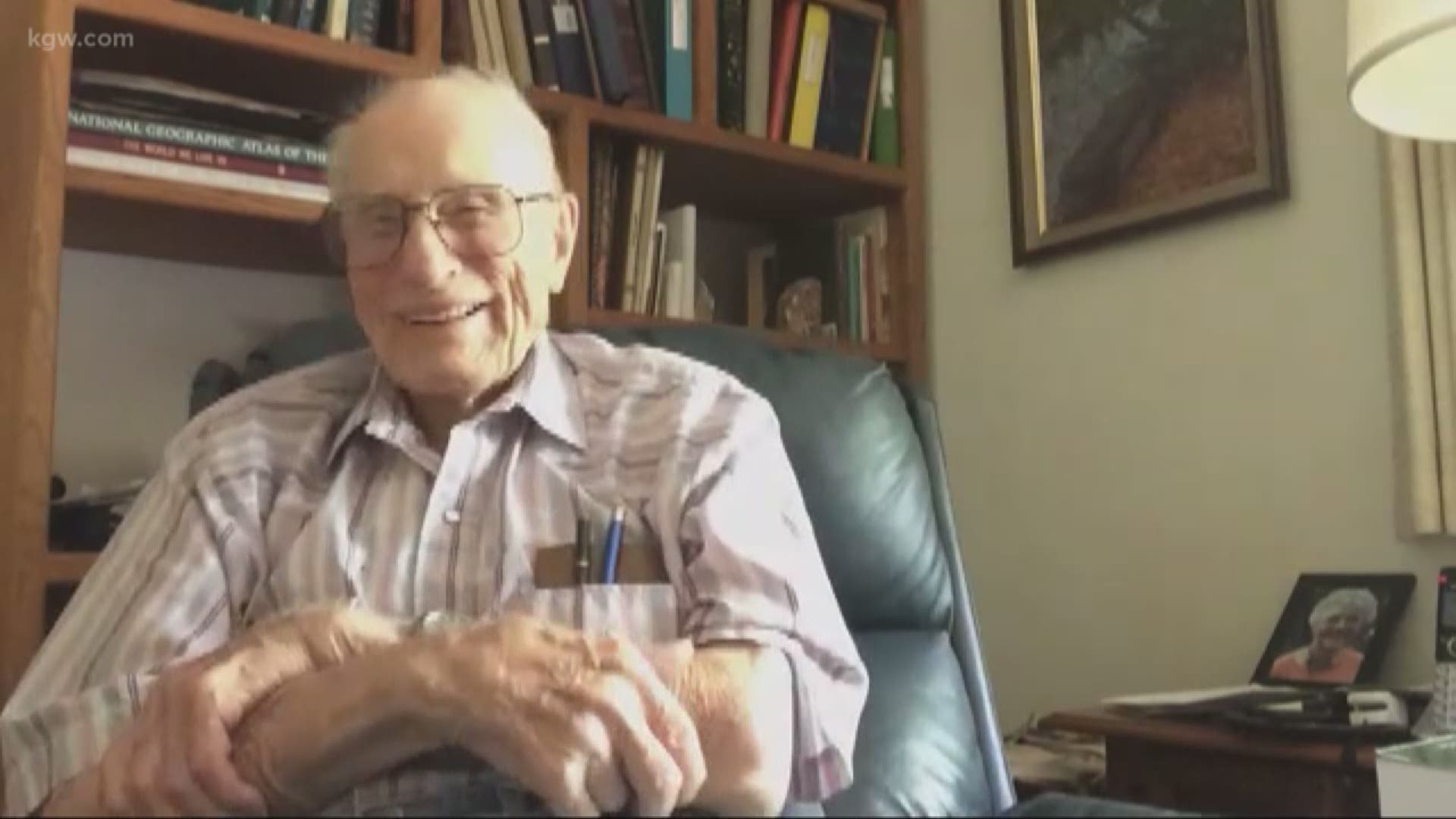 GRASS VALLEY, Calif. — Many people have compared the coronavirus to the Spanish flu of 1918. That pandemic killed 50 million people worldwide.

“I really loved my grandmother,” shared Thompson, who graduated from Oregon State University and now lives in Grass Valley, CA. “I really missed her so much.”

Not long before Thompson’s grandmother became ill, two trains rolled into town from the East Coast. They were carrying soldiers and possibly the Spanish flu. The men were with the US Army's Spruce Production Division, tasked with producing timber used to build planes during World War I.

“They had to learn logging from scratch,” Thompson said with a chuckle. “The peaceful little valley all of a sudden came to life."

“They’d bring their instruments, banjos and guitars and such,” said Thompson. “There was a big singalong and I really enjoyed that.”

Looking back, Thompson believes one of those soldiers gave his grandmother the Spanish flu. Research suggests the virus originated in New York and was first detected among US military personnel.

“Where else could it have come from but from one of the soldiers,” wondered Thompson.

There was no social distancing back then, but there is today. Thompson is thankful for everyone observing it including his 73-year-old son Gary, who’s been staying with Thompson since March.

“At my age, I'm pretty sure it would be the end of me,” said Thompson, referring to the coronavirus.

Thompson credits good genes and a healthy diet rich in fish and produce for his longevity.

“He's one of those people that really did eat an apple every day,” added Gary Thompson, who’s been making weekly trips to the grocery store for his father.

“He doesn't trust my lady friends that normally drive me to the store,” said Rudy Thompson. “Because they're associated with other people.”

Whatever it takes to keep Thompson and his 107 years of memories, alive.