Workers at the Portland airport mass vaccination site and the Hillsboro stadium reported an uptick in people arriving for their first COVID-19 shot. 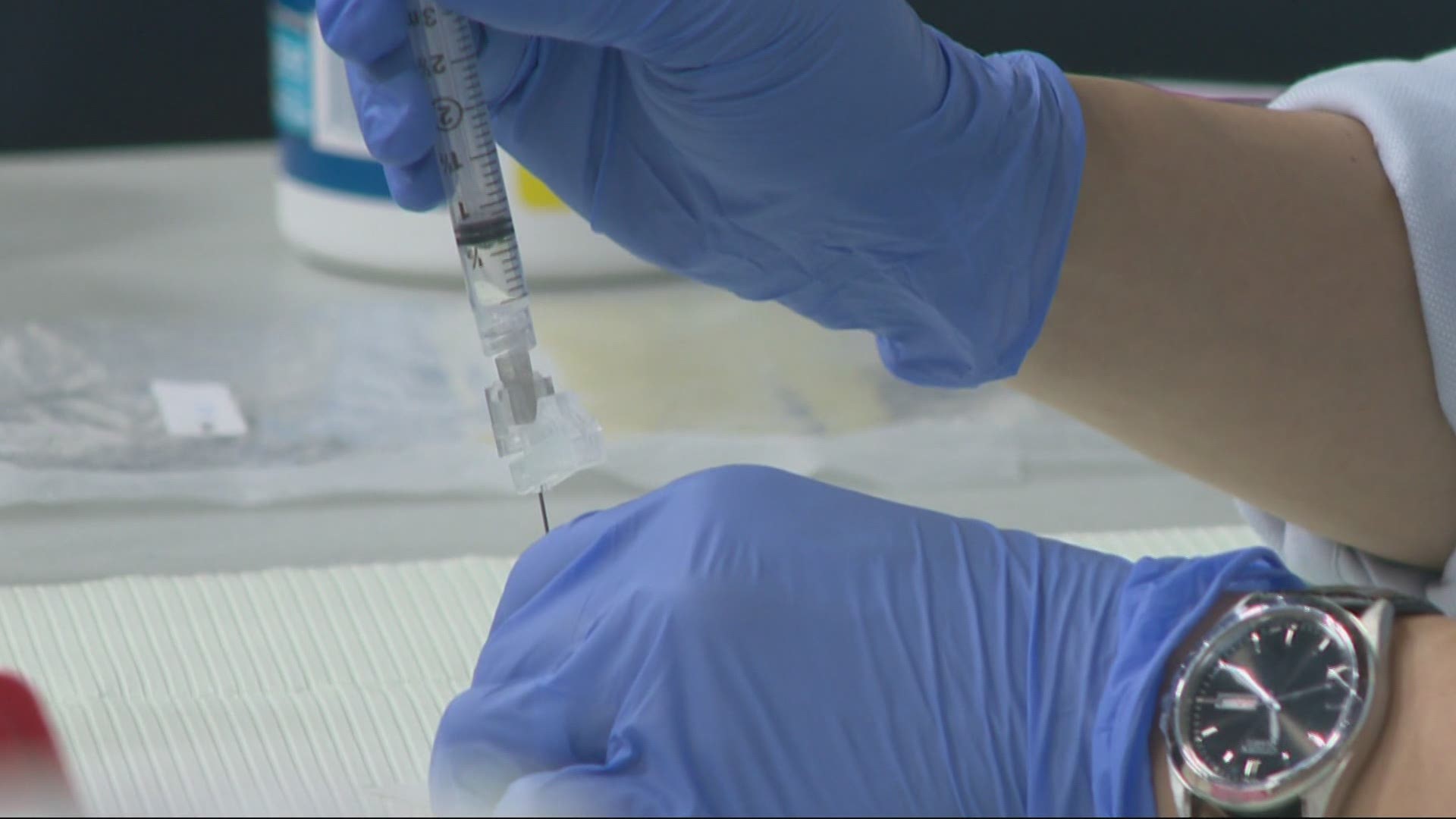 Over the weekend of June 12-13, workers at both the Portland airport mass vaccination site and the Hillsboro stadium reported an uptick in people arriving for their first COVID-19 shot. A similar thing happened at the Oregon Convention Center.

“While we weren’t really sure whether they would make much of a difference, we were a bit surprised,” said All4Oregon spokesperson Brian Terrett.

The $100 gift cards did what a chance at winning $1 million in the vaccine lottery could not. It got people to make it a priority.

“I would say we probably did three times as many Johnson & Johnson vaccines on Saturday than we had anticipated,” Terrett said.

The numbers are relatively small, but they are something. Over the last couple weeks, the convention center gave out 60-to 90 Johnson & Johnson vaccines each day they were open, in addition to many second doses of Pfizer for people who got their first shot three weeks earlier.

On June 12, the day after the gift cards were announced, the number jumped to 340. However, there is a significant drop in demand, which is why the airport and the convention center are both shutting down at the end of the day on June 19. Hillsboro's stadium drive-thru clinic will close in the afternoon on June 25.

During the biggest days, the convention center vaccinated 8,000 people a day. Just 2,700 people got their shots on June 9 and 12 combined. That’s not great for the state's push to give 70% of those 18 and over at least one COVID-19 shot. Gov. Kate Brown has promised most COVID-19 restrictions will disappear after that number is hit.

After Saturday’s shots, Oregon had 76,089 people to go to meet the governor's vaccination target.

The Oregon Health Authority (OHA) is using numbers provided by the Center for Disease Control and Prevention (CDC). OHA argues that the CDC is currently missing about two days worth of people from Oregon’s count,

Using the CDC numbers, since June 9 the average daily number of new people getting the vaccine is roughly 3,500 hundred a day.

Unless things pick up quickly, Oregonians will still be living with COVID-19 restrictions past the end of June.

On June 11, the OHA launched a website where veterans and others who got vaccinated through the federal system, which does not share information with the state, can manually sign up for Oregon’s vaccine lottery.

Since Friday, the OHA reports 9,745 people signed up in English and 5 signed up using Spanish. Oregon’s drawing for a million dollars, along with college scholarships and county prizes is June 28.