'It's more than just a woman's fight': Blazers' CJ McCollum teams up with breast cancer survivors to spread awareness

McCollum and others will come together this weekend for the Making Strides Against Breast Cancer walk. 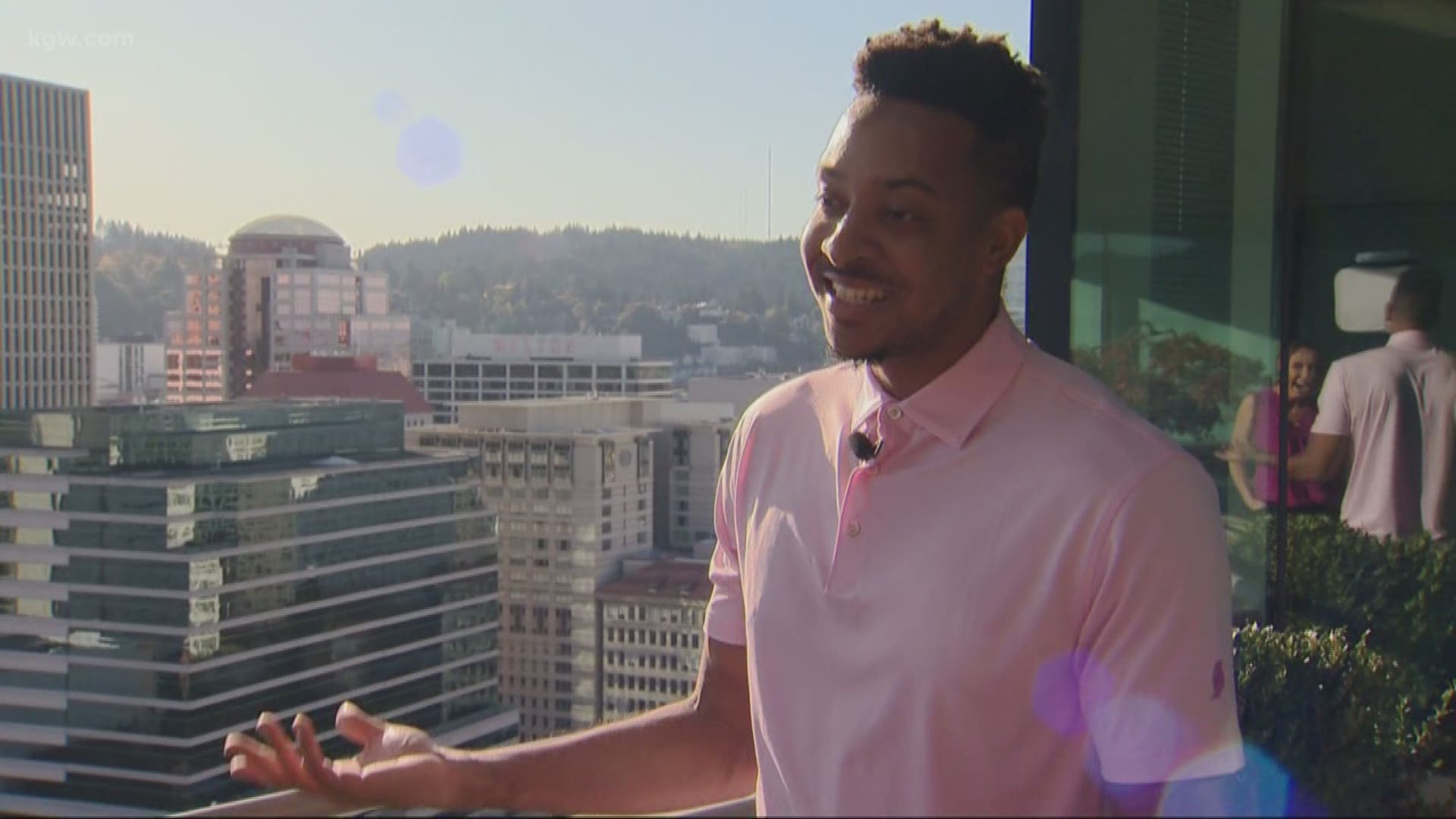 PORTLAND, Ore. — October is Breast Cancer Awareness Month. This weekend, survivors and supporters will walk together in the Making Strides Against Breast Cancer walk in North Portland.

It’s a fundraiser for the American Cancer Society of Oregon and Southwest Washington and supported by Moda Health. Longtime Moda Health employee Linda Baird plans to volunteer and participate.

“I'm a breast cancer survivor for 5 years,” said Baird. “I prayed to God that I would get through everything.”

Joining Baird and others in the walk will be Portland Trail Blazers guard CJ McCollum. McCollum is an ambassador for the Real Men Wear Pink Campaign.

“My message to men is it's more than just a woman's fight,” McCollum said. “It's a societal fight against breast cancer. We all can be affected by it, whether you get it or not.”

McCollum began partnering with Moda Health a few years ago to promote breast cancer awareness with his mom. The pair was featured in a number of commercials.

“I do have a personal connection to breast cancer because I have a lot of important women in my life and obviously it's something that they can also get,” said McCollum.

Baird’s diagnosis came after a routine screening in 2014. Fortunately, doctors caught the cancer in time.

“It was really scary and it threw me for a loop because no one in our family ever had breast cancer,” said Baird. She’s grateful for her family's support and for people like McCollum.

“I'm just a man behind the scenes wearing pink!” said McCullum, who hopes others will ask him why he’s donning the rosy color.

“If they don't inquire, I'll tell them why — it's important for them to continue to spread the message about breast cancer awareness.”

There’s still time to sign up for Making Strides against Breast Cancer, or to make donation.