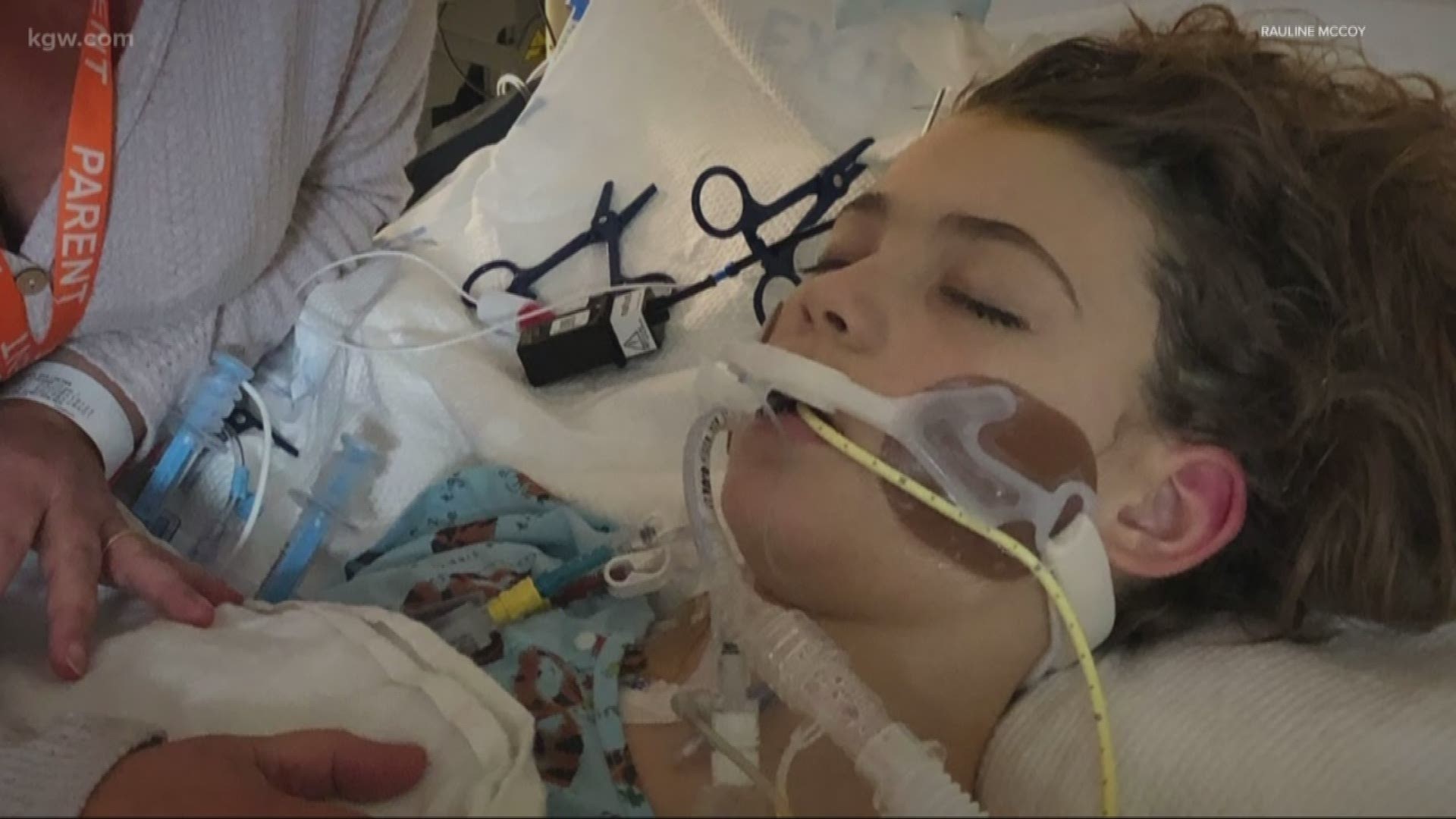 PORTLAND, Ore. — Rauline McCoy thought her daughter Eva had come down with the flu when she got sick earlier this month.

“She had what appeared to be a typical flu in a 10 year old girl,” McCoy said. Her parents took her to a Portland emergency their tests showed Eva’s liver had stopped working.

She was airlifted to Seattle Children’s Hospital where they did an emergency transplant.

Doctors don’t know what caused her liver failure but say the transplant was the only cure.

Eva is out of her medically induced coma and is interacting with her family.

Her mother said, “This is going to be a really long journey. We’re in crisis mode, when the crisis is over, we’ll establish a new norm with our family divided in two cities.”

Eva could be in Seattle for three months.

There is a GoFundMe page set up for Eva McCoy and her family.