Breaking the Silence: How the construction industry is working to prevent suicide

A Tualatin-based construction union is working to give members help and hope while changing culture and normalizing mental health. 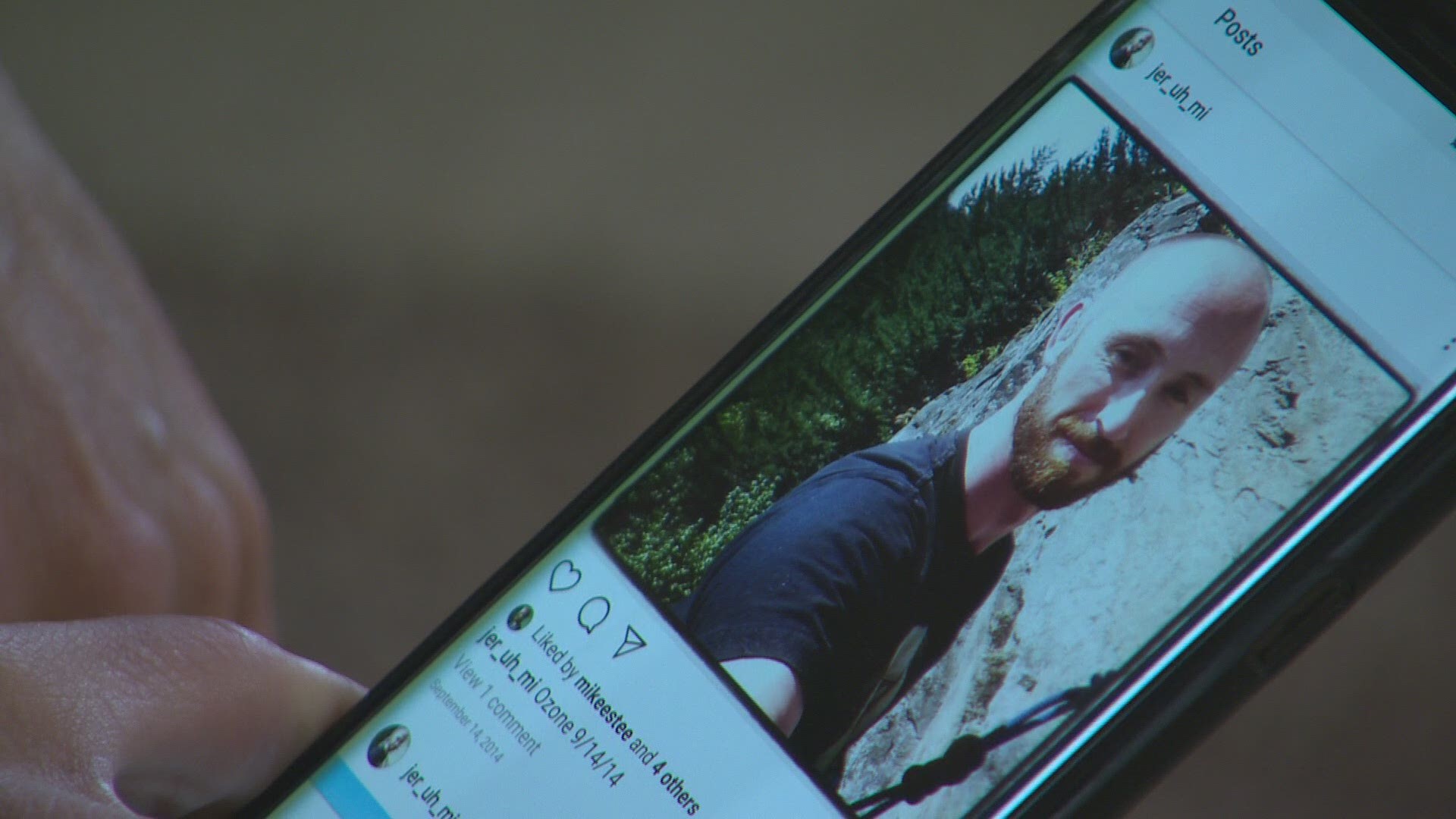 During National Suicide Prevention Week, we are working to break the silence.

Alongside other media outlets in Oregon, KGW is again shedding light on this public health issue facing our country as we did collectively in April of this year.

Rates of suicide in Oregon are higher than the national average and have been for decades. It's the second leading cause of death for people between 10 and 24 years old, and it impacts everyone.

Suicide is complex and there are multiple causes that can lead to someone taking their own life. According to the American Foundation for Suicide Prevention, it happens most often when stressors and health issues converge and make someone feel hopeless. Depression is the most common illness related to suicide, but it's often not diagnosed or treated.

After a regional construction union lost one of their own, they knew they had to do something to prevent another life lost to suicide. UA Local 290, representing plumbers and steamfitters, is now working to give members help and hope while changing culture and normalizing mental health.

The loss that sparked change

Jeremy Stochosky was an active, adventurous guy who knew how to make a room bust up laughing.

“That was him - always joking, always made people smile,” Jeremy’s cousin Justin Tiller said. “He was real good about being there for other people.”

Jeremy was tight with his family, and especially with Justin. They did everything together as kids and spent a lot of time together as adults; they were just like brothers.

Jeremy was training as an apprentice with UA Local 290, learning to weld and become a steamfitter. Justin is also a member of the union and was teaching classes in the HVAC program at the time.

“He loved it,” Justin said. “He got pretty active pretty quick in the apprenticeship program and with the union.”

At the time, Justin didn't realize just how much his cousin was struggling. He said no one really did.

He knew Jeremy was dealing with personal issues and stressors of the apprenticeship program, like upcoming tests and looming responsibilities. Looking back, he saw multiple life factors were building and becoming burdensome.

“I knew he was upset, I knew things were going on but I didn't think he was that low,” Justin said.

He never imagined Jeremy would do something so permanent.

At 34 years old, Jeremy took his own life.

When Justin and his family look back, they can see the warning signs more clearly.

“He started excluding himself from us and I think that's kind of what - not knowing - we should have been reaching out to him more,” Justin said. “I don't blame myself, I don't put much into anything like that, but I do feel like there's a hole.”

After Jeremy was gone, others in the apprenticeship program and involved in the union also reflected on signs preceding his passing.

After Jeremy died, Justin met an apprentice who was in the same program as he was and told Justin he had been isolating himself during lunch time.

“He said, 'Your cousin used to talk a lot, he was pretty friendly, he would tell stories. But as he got closer and closer he started talking less, he stopped engaging as much.' He said my cousin started disengaging himself from everybody at the lunch table, he started sitting further and further away as the weeks progressed."

'How do we prevent this in the first place?'

“It was tough across the board. I knew him personally as well,” UA Local 290 Assistant Director of Training Justin May said. “Before I started I was an instructor and he was in one of my classes and I thought quite a bit of the individual. And it was a tough loss across the board.”

Jeremy's passing pushed the union to step up.

“An injury to one is an injury to all,” May said. “When that happened we were reactionary, as probably most organizations or individuals are. We had no idea what to do. So we started talking about it rather than being reactive. How do we become proactive? How do we prevent this in the first place?”

UA Local 290 decided to hold suicide prevention training for their apprentices and their members in an effort to knock down the stigma around mental health and suicide and start conversations.

“It's those difficult conversations we need to have sometimes that will remove that stigma,” May said.

The union wants people feeling comfortable asking the question: Are you considering suicide?

Stigma is often one of the biggest barriers to preventing suicide and raising awareness about mental health issues, the union’s wellness program coordinator Tori Geter says. Along with providing practical skills and tangible advice such as identifying warning signs, the training opens the door for members to talk about difficult subjects.

“And in the construction industry, where it's male-dominated and talking about your feelings is not something that comes naturally, seeking help does not come naturally among a group of workers who are the helpers,” Geter said.

A professional comes in to hold hour-and-a-half sessions for apprentices and members twice a year. The training covers three steps: question, persuade, refer. The QPR model is well-known and studied across the country as an effective model and is utilized by individuals and organizations.

“You learn to ask, to talk, to bring it up. A lot of people have difficulty approaching someone they think may be having a problem,” UA Local 290 Business Manager Lou Christian told KGW. “They might seem depressed and not their normal self and it’s being able to ask that person: 'Hey, are you alright? Do you want to talk about anything?'”

Suicide in the construction industry

A CDC study of 17 states found men who work in the construction and extraction industry have the highest rates of suicide compared to other jobs.

Researchers say nailing down the exact role work might play in suicide risk is complicated; causes of suicide are complex and there are many factors at play. It is overly simplistic and misleading to say there is one preceding event that leads someone to take their life.

But those entrenched in the field do have some insights into the profession and how it impacts people’s lives.

It's a trade that takes a physical toll, too. Their jobs depend on workers being physically able, active and mobile.

Geter notes the cyclical nature to construction work; people will have times of heavy work followed by a lay-off period. The inconsistency can create insecurity.

“We travel a lot, we work a lot of hours, we're gone a lot, we spend a lot of time away from our families. And it puts a hard strain on your personal life, you know,” Justin told KGW.

'Getting them to know they're not alone'

"I believe it's helping and I've heard from people that said, 'Hey, I wasn't in a good place and that has helped.' A number of people have talked to me and said really good things are happening and people talk about it,” Christian said.

If they can reach someone struggling in the union halls or on a job site, Justin and union leadership feel they have a real opportunity to prevent another life lost to suicide.

"I think it's just supporting somebody. I think it's getting that support for them and getting them to know they're not alone,” Justin added.

Unfortunately, last year another UA Local 290 apprentice took his own life, again rocking the organization. Justin says he and Tori are working to create a peer support group for apprentices over at the union hall.

Local 290 hopes every organization and workplace will follow suit and be proactive before they have to react.

Not everyone who takes their own life shows warning signs, but most do. We need to learn and recognize those signs.

According to the American Foundation for Suicide Prevention (AFSP), some things to look out for when you are concerned someone may be suicidal are changes in behavior or new behaviors entirely. The following are warning signs associated with suicide:

AFSP says the more signs a person shows, the greater the risk.

If you or someone you know is struggling, please reach out to the National Suicide Prevention Lifeline. The number is 800-273-TALK. You can also text ‘273TALK’ to 839863.

The lifeline is free 24 hours, seven days a week. Trained professionals can provide people considering suicide and those around them with support, information and local resources.