Aging and lonely? Help is a call away

Lines for Life is expanding its senior outreach, caring program into Washington County. 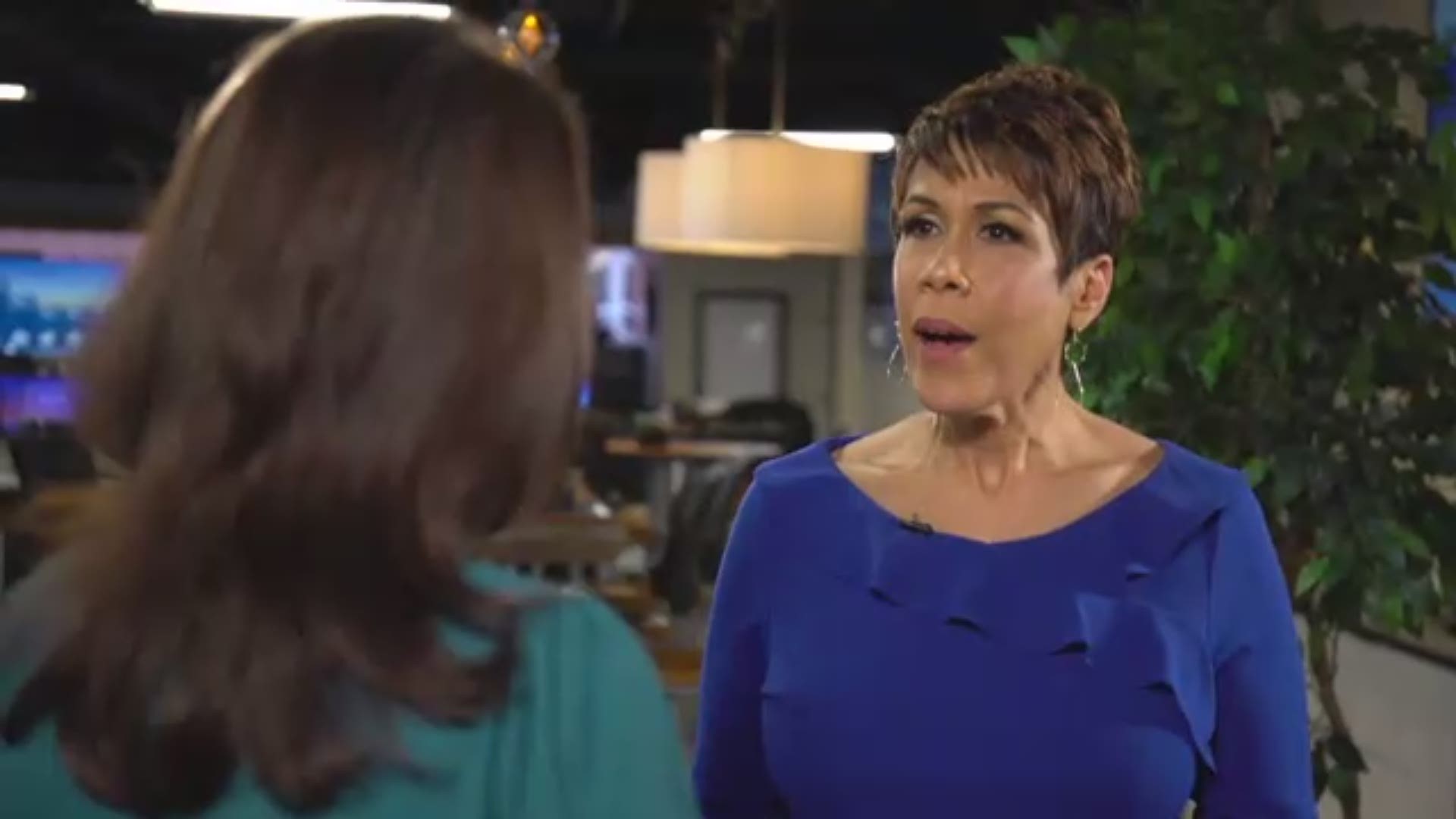 Editor's note: The video above is a conversation about the 'Breaking The Silence' initiative that several newsrooms across the region collaborated on earlier this year. See below for more on the program.

HILLSBORO, Ore. -- You’re 79 years old, and you’re still living in the home you shared with your husband before he died a couple years ago. You try to stay physically and mentally active, but you get tired easily and you don’t feel as comfortable driving all the way to the community center or the clubhouse as you used to.

You’ve lost friends, too — some have died, or their memories have faded to the point where they can barely remember you, and some have moved away to be closer to family, and it’s not so easy to stay in touch.

Your family visits, but not as often as you’d like. Your neighbors are polite, but they’re busy with lives of their own, and they don’t seem to pay much attention to you. You spend most days by yourself, at home, watching TV or reading or doing nothing in particular.

And some days, it’s hard to even find the energy to do that much.

What the experienced volunteers and staff at Lines for Life want you to know is that you are not alone — in more ways than one.

Since starting up its Senior Loneliness Line in mid-2018, Lines for Life has heard from thousands of older adults with stories like this. Some people call because they aren’t sure they can bear another day. Some call because they just need to talk to someone who cares about them.

Lines for Life is a Portland-based nonprofit group that has been operating since 1993, when it was founded as the Oregon Partnership. It has been known as Lines for Life since 2012, which better reflects the service it provides. The group maintains several different hotlines, which are staffed around the clock, to respond to the specific needs of at-risk groups.

Last year, Lines for Life began staffing a special hotline for older adults. The Senior Loneliness Line evolved from a partnership with Clackamas County, which has provided money for the service. Older adults can call 503-200-1633 to speak confidentially with a person who has training and experience in dealing with loneliness, suicidal thoughts and mental health issues.

Starting in September, the Senior Loneliness Line is officially expanding into a second county: Washington County.

While the Senior Loneliness Line takes calls from older adults across the region, crisis lines director Greg Borders said it has restricted its outreach in the community to Clackamas County, so that’s where most of its calls originate.

Bill Fitzpatrick leads Lines for Life’s outreach efforts, spreading the word about the Senior Loneliness Line and promoting it as a free resource for older adults and their caregivers. Sometimes that means going to a senior center or library to give a presentation, distribute fliers, or talk one-on-one with staff. Sometimes that means contacting social service providers directly, telling them about the hotline and asking them to share the information with the older adults with whom they work.

“Each month, we’re seeing an increase in calls, and so we know that something’s working in Clackamas County,” Borders said. “We’ve been incredibly pleased with the growth of the Senior Loneliness Line.”

Todd and Kristi Barth run the Hillsboro branch of Home Instead Senior Care, a company that provides in-home caregiving and has franchise locations across four continents. The corporate office presented them recently with Home Instead’s Founders Award, recognizing their work in the Hillsboro-area community. That award came with $70,000 for the Barths to distribute to local nonprofits of their choosing.

“We had our staff come up with great ideas,” Kristi Barth said. “We wanted their buy-in.”

Hillsboro Home Instead ultimately chose to give a $40,000 grant — more than half of the total amount they had to give — to Lines for Life, giving the nonprofit the money it needs to begin doing the same kind of community outreach in Washington County that it started providing in Clackamas County last year.

“Our heart was around how could we address loneliness greater than just the people we serve in our community,” explained Todd Barth.

Hillsboro Home Instead’s in-home caregivers see the same things that the Senior Loneliness Line’s operators hear: As adults “age in place,” staying at home for as long as they can as they grow older, they often experience a sense of isolation. Friends, neighbors and spouses die, or they deteriorate to the point where they need constant care. Getting out and about becomes more difficult. Advancing health issues can be frustrating and sap a person’s enjoyment of life.

“Severe depression is rampant in the elderly community,” Todd Barth said. “We see crisis every day.”

“Our (Senior Loneliness) Line is really because there is a suicide problem with older adults,” said David Westbrook, Lines for Life’s chief operating officer.

A medical expert might talk to an older adult who feels isolated and has contemplated suicide and conclude that she is depressed. But Fitzpatrick said one of the obstacles in treating mental health issues among the elderly is that older adults are less likely than younger adults to seek that treatment. There is a mental health stigma that Lines for Life is trying to break, he explained.

“Research demonstrated that people are much more likely to identify as lonely than they are as actively suicidal or in acute crisis,” Fitzpatrick said. Calling the hotline for older adults the Senior Loneliness Line, he added, “speaks more directly to what their actual lived experience is.”

Along with being a hotline that an older adult can reach at 503-200-1633 at any time of day, including on holidays and weekends, the Senior Loneliness Line also proactively reaches out to people in need.

“We often will say to a senior, ‘Hey, can we call you? Can we call you back?’” Borders said. “If a senior calls and they’re not doing well, we may not say, ‘Oh, just call us when you’re not feeling well.’ We may say something like, ‘Sounds like you’re really stressed today. How about if we give you a call back tonight, just to check in and see how you’re doing?’”

Along with those calls, Lines for Life practices what some mental health experts call “caring contacts.” These are cards or letters addressed to people who have sought help in the past, reminding them that someone supports them and cares about their well-being. Studies have shown that periodically reaching out with caring contacts can reduce long-term risk for suicide.

The Barths are happy to be able to provide grants for groups like Lines for Life to help more seniors in Washington County.

“This is a feel-good one for us,” Todd Barth said. “It fills the bucket in ways that are really important.”

In September, Lines for Life will begin an outreach campaign in Washington County.

That shows the nonprofit is committed to the Senior Loneliness Line as a resource for Washington County’s older adults, Westbrook said. Lines for Life is looking for longer-term financial backing in Washington County, like it has in Clackamas County, and it intends for its expansion to be permanent.

“Once you put the word out in the community, there’s no pulling that back,” Westbrook said. “We already have the staff and the volunteers here — with an ongoing need for more.”

Lines for Life is always seeking additional volunteers, especially older adults, whom callers on the Senior Loneliness Line may find it easier to talk to.

Volunteers complete about 60 hours of training in how to deal with different scenarios, including when a person is actively considering suicide. They are also supervised by a trained clinician and other professional staff, who can step in to assist them as needed.

More than 40 newsrooms contributed stories when the project first launched in April. This September media outlets are producing new stories in recognition of National Suicide Prevention Month. When possible, we will promote each other’s stories, and all of them can be found on breakingthesilenceor.com.