Why are booster shots necessary and when will they be available? We took your COVID-19 booster shot questions to the experts. 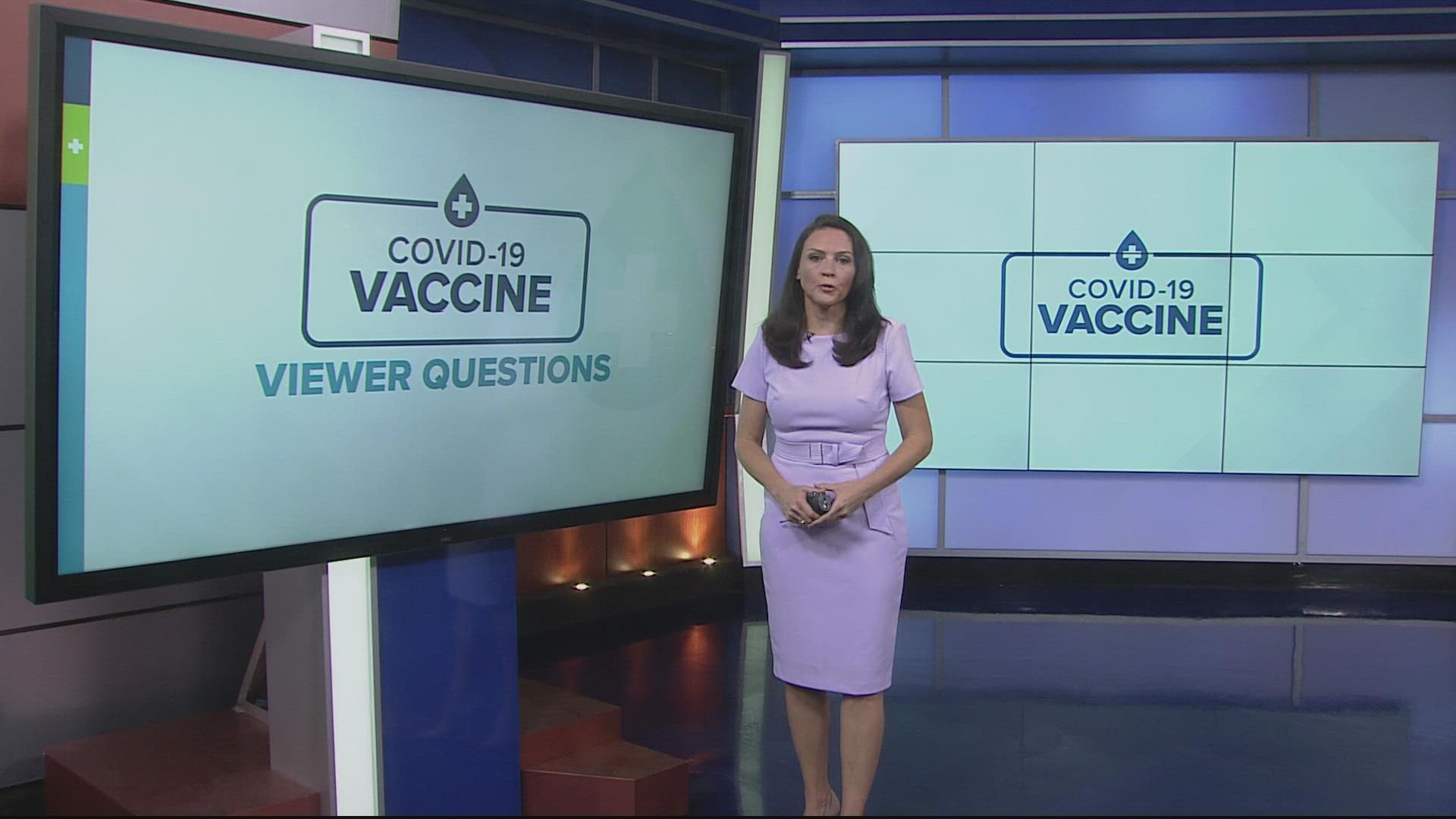 PORTLAND, Ore. — As the highly contagious delta variant continues to spread across the country, top U.S. health officials are preparing to offer a third COVID-19 booster shot to all Americans, possibly as early as mid-September.

The plan, which will need to be approved by the FDA and the CDC, would only apply to those 18 and up who received either the Moderna or Pfizer-BioNTech shots.

We have received a lot of questions about booster shots so we reached out to our medical experts to get you answers.

What is a booster shot?

A booster shot is an extra administration of a vaccine after an earlier dose. It's meant to strengthen immunity by re-exposing your body to the antigen and hopefully increasing the amount of virus fighting antibodies in your body.

The booster shots for COVID-19 will likely be recommended six to eight months after the second dose but we're still waiting on the official guidance.

"I think we're definitely headed towards boosters as a population. Personally, I wish that we had our delta specific booster this time around, which I know the companies are working on making right now...but even with the original booster, I think it really is going to help us in our fight against delta," said Dr. Kohli.

Are booster shots different than third shots for immunocompromised people?

Earlier this month the Oregon Health Authority (OHA) recommended a third shot for those who are moderately to severely immunocompromised. A full list of qualifying conditions can be found here.

But third doses are different than booster shots in their intended purpose, according to the Oregon Health Authority.

Vaccine booster shots are typically given months or years later, when immunity has waned. The third dose for those who are immunocompromised can be administered as early as 28 days after the second shot, and is meant to give further immunity to those who may not have formed as strong an immunity from the first two doses.

Dr. Marcel Curlin, an infectious disease specialist at OHSU, said there is strong evidence to suggest that immunocompromised people benefit from a third dose.

"It does seem to clearly help, there's no question about that and that's why the approval process has gone forward and is approved, whereas boosters are still being debated and looked at," said Dr. Curlin.

Will booster shots reduce the likelihood of a vaccinated person spreading the virus or will it just protect that person?

Experts we spoke to agreed that individuals are far less likely to contract COVID-19 if they are vaccinated and that alone can reduce the spread of the virus in a community.

Dr. Curlin is optimistic that the booster shot will reduce the transmissibility of the virus but acknowledges that studies are ongoing.

"The hope and the expectation would be that an additional dose in the form of a booster — if you and I get one — we're going to have a less likelihood of getting infected, less likelihood of hospitalization, and also be less likely to transmit to the people around us," said Dr. Curlin.

Will the booster shot be the same as the first two shots?

The booster shot will likely be the same dosage and composition as the first two shots. However, doctors say you should wait to get the booster shot until after the FDA has given the go ahead.

"I got fully vaccinated in January and it's been much longer than six months. I'm just about due but I'm waiting for that regulatory advice before I proceed," said Dr. Kohli.

Will there be a booster shot for those who got the Johnson & Johnson vaccine?

According to our experts and other health officials, there will likely be a booster shot for the Johnson & Johnson vaccine at some point. The company has been conducting research and submitted data to the FDA earlier this week but nothing has been approved yet.

Preliminary findings from Johnson & Johnson suggest a booster shot may provide an increase in antibodies and a strengthened immune response.

Those who received Johnson & Johnson shots are not being advised to get Pfizer or Modern booster doses at this time. 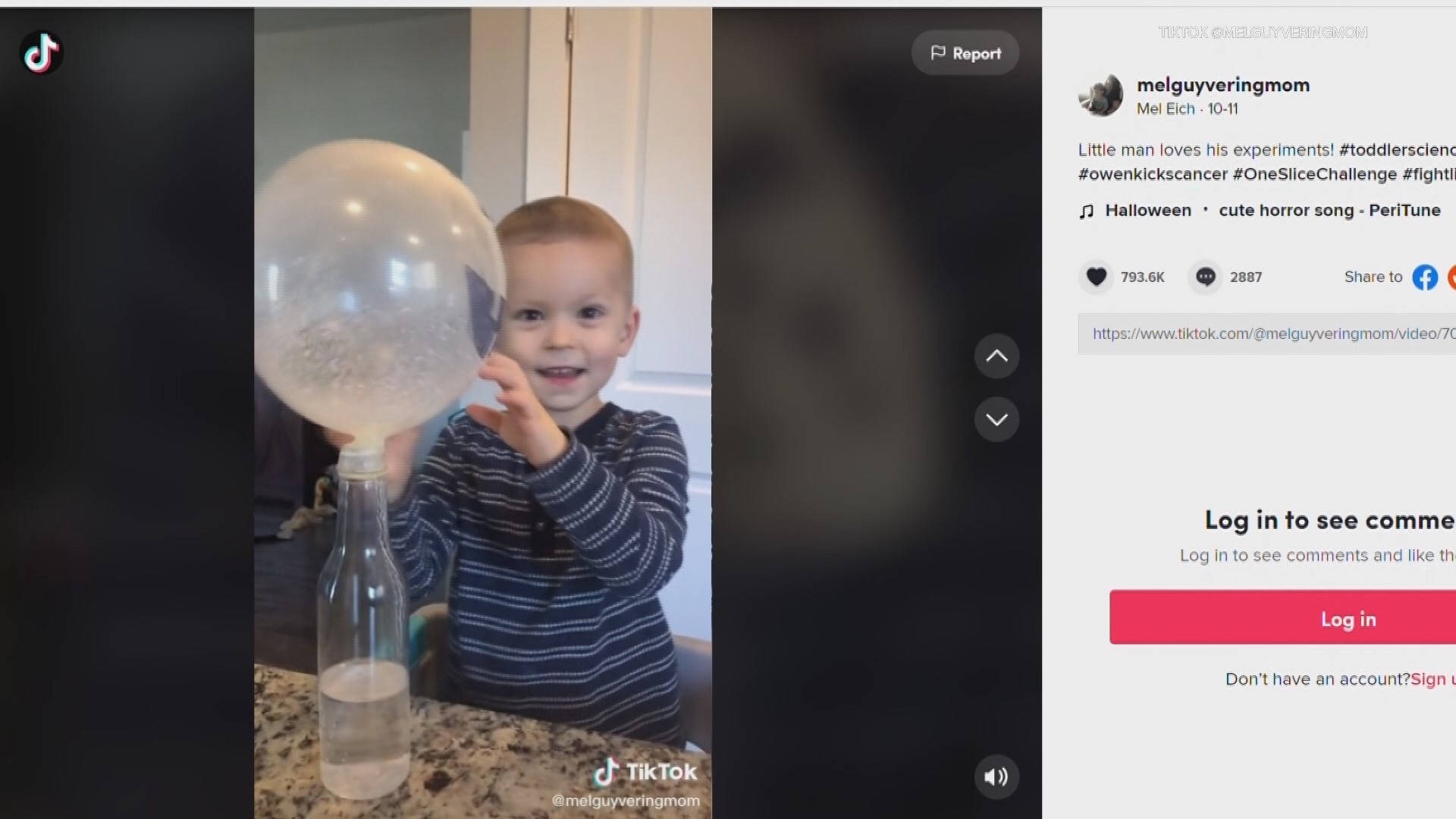 'It's kind of a learn as you go experience': Portland boy with rare cancer goes viral on TikTok