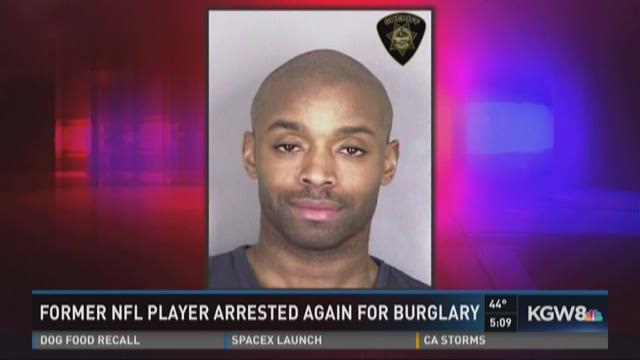 Police received a call about 2:09 p.m. Saturday from a homeowner in Woodburn who said Wilson was outside the person's residence in the 2000 block of Citadel Street.

The caller said Wilson drove up to the home and approached the homeowners in the garage of the home. Wilson was fully clothed but acting strange so the homeowner closed the garage door and called police. Wilson then unsuccessfully tried to enter the residence through the front and back doors, police said.

When the police arrived, Wilson came out of a backyard shed and was completely naked. Police took him into custody without incident. He is being held at the Marion County Jail and faces several charges related to this incident.

Last June, Wilson was shot by a homeowner for a similar incident in Portland, and in January of this year, he was arrested after being found naked outside a Portland home.

Wilson is a former cornerback for the Detroit Lions and also played college football at Stanford. His father is former Bengals running back Stanley Wilson Sr.