'It is a war zone': Fire levels homes throughout Santiam Canyon

On Wednesday morning, the Chauran family went to Gates to check on their home. They discovered they’d lost pretty much everything. 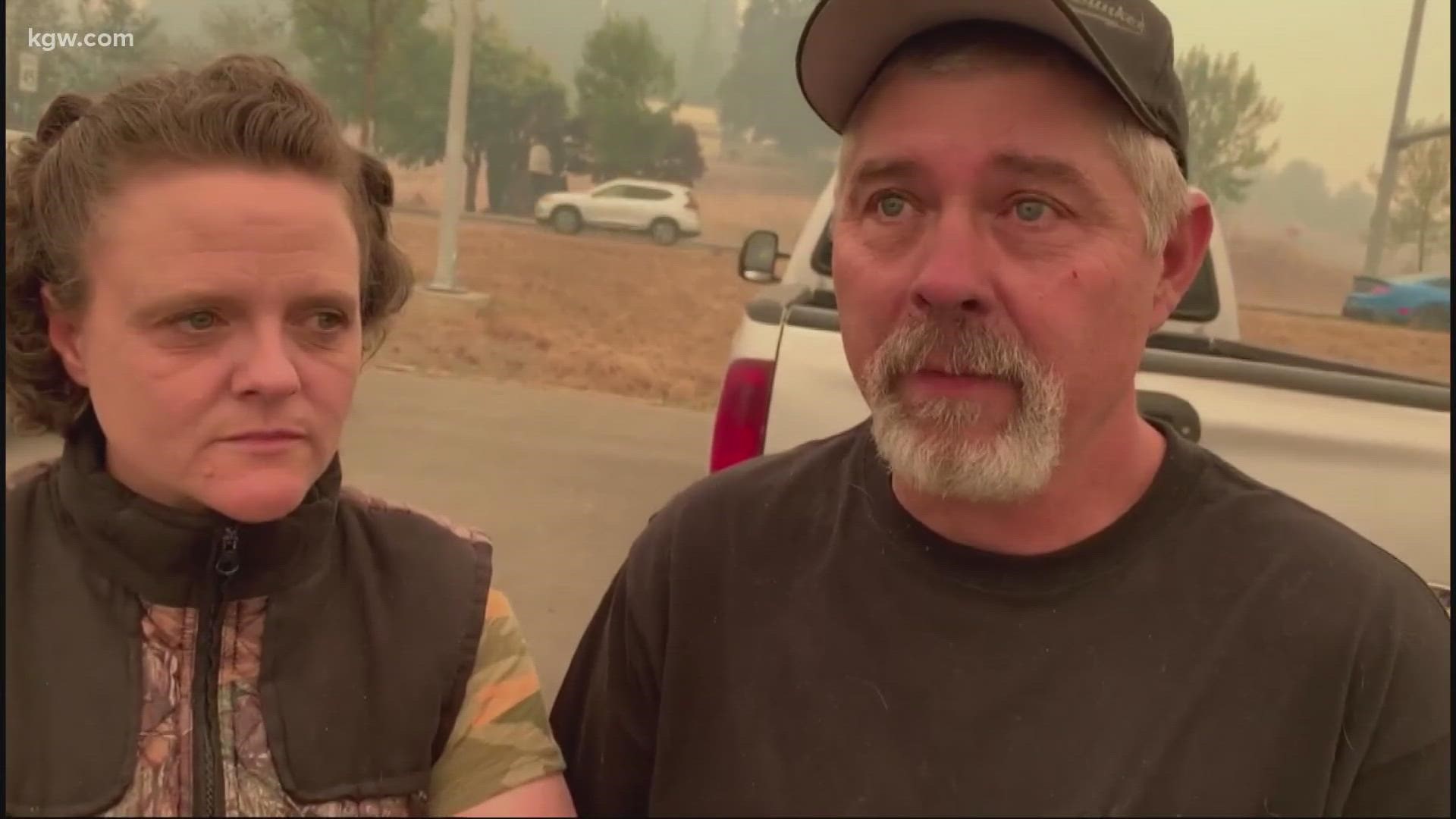 GATES, Ore. — There is devastation throughout the Santiam Canyon. Homes have burned to the ground.  It’s heartbreaking talking to families about what they’ve seen and lost.

On Wednesday morning, the Chauran family went to Gates to check on their home. They discovered they’d lost pretty much everything.

“My God this is our driveway,” said Cindy Chauran as she shot cell phone video of her leveled home. “Oh my God. Thank God we got out of here.”

“We just went back a little bit ago and it is a war zone,” said Cindy’s husband, Bryan. "I’ve never seen anything like it."

We spoke with them family while they were posted up in Stayton. Cindy said that from Lyons to their home in Gates, she saw about 30 or so homes that had burned.

Cindy and Bryan said they’d heard so many rumors about the destruction, that they had to see it for themselves.

“It was just so much smoke you could hardly see anything, and then all the trees that were down and still on fire, and our house was completely flat,” said Bryan.

She said she also wanted to clear up some of the erroneous rumors she heard floating around about different businesses and whether they had survived.

The Chaurans said they got out on Monday night. Initially, they took their motor home and left because they were worried about the wind and trees falling on their home. They were set up in a rest area near their home, when they quickly realized there were other things to worry about.

“We looked out and seen the hill across the river, looked like lava coming down the hill,” said Cindy.

They went back home and grabbed what they could in 10 minutes.

Credit: Cindy Chauran
What the Chauran family home in Gates used to look like and what it looks like now

“Then I called my dad and they got their stuff out. But their farm and everything’s gone too, in Mehama,” Bryan said.

Driving through the Mehama and Lyons areas, you can see from the road all of the homes that have burned down. We saw people spraying down their property with water, extinguishing hot spots.

“The only thing that makes me feel good is my whole family’s safe, all of our animals are safe, and I’m a contractor so I’m just going to build everything back better than it was,” said Bryan.

Even though the Chaurans lost pretty much everything, they said they still feel more fortunate than most.

Cindy said she, her husband, his parents, their two sons, and one son’s girlfriend are all staying together right now. In fact, she said there are seven adults crammed into their 33-foot motor home, that they just bought on Friday.

They also feel fortunate because they say they’ve got friends they can lean on in this tough time.

They’re hoping people band together to help the other people who’ve also lost everything.