Family of Syrian refugees grateful to be in Oregon

PORTLAND, Ore. -- The executive director of Portland's Immigrant and Refugee Community Organization says the Trump Administration is creating  fear and anxiety among immigrants and refugees. 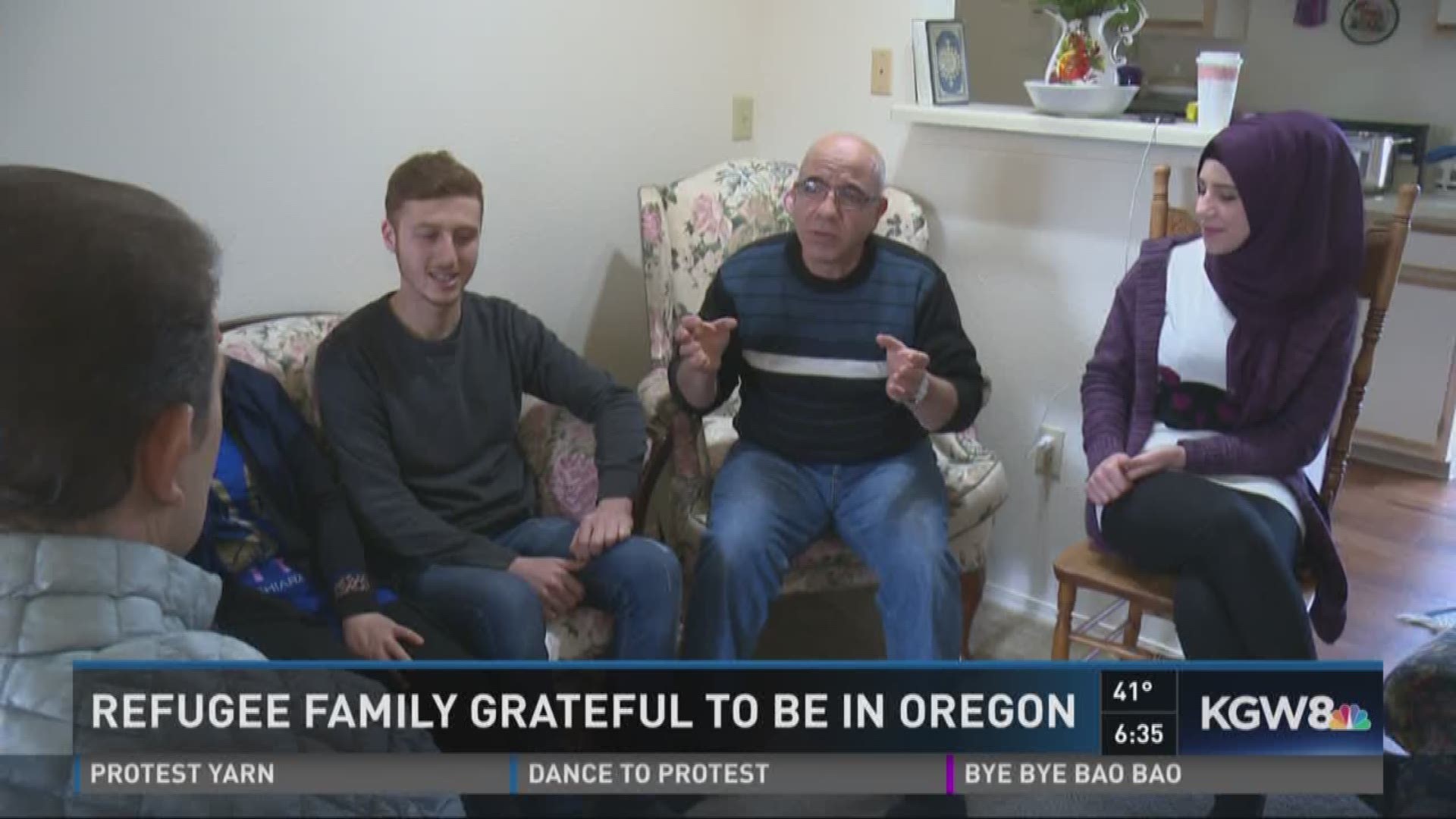 PORTLAND, Ore. -- The executive director of Portland’s Immigrant and Refugee Community Organization says the Trump Administration is creating fear and anxiety among immigrants and refugees.

“Emotions are running high, there's no question about that,” said Lee Cha. And if you listened to any of the Presidential campaign rhetoric over the past year, that anxiety and fear is understandable.

KGW sat down with a refugee family from Syria, who is more grateful than worried. They are the Khalaf family of six: mom Raghdia, dad Mahmoud, sons Gassan and Naji, and Daughter Rama. They also have an 11-year-old son.

Through an interpreter, we asked them about settling in Oregon.

“He thinks that he made the right decision," said Rania Kanaan, an interpreter who speaks Arabic and English.

The Khalaf family is from Aleppo, Syria, currently one of the most dangerous places on earth. Thousands have been killed. Explosions, bombings, executions and shootings are not uncommon. It’s been a tortuous journey, but the family says they feel blessed to be here.

“We're so lucky that we came to Oregon because people in Oregon are very friendly, very welcoming, they don’t discriminate, we did not feel racism, even not speaking the language,” said Mahmoud, through the interpreter.

The boys said they are already taking English as a Second Language classes, hoping to learn English as soon as possible.

“They’re very eager to learn the language and start their life,” Mahmoud said.

Through the United Nations Refugee Program, the family could have been located anywhere in the world. They say ending up in Oregon is truly a blessing, and they will not take it for granted.

“I'm not over exaggerating when I tell you this: The people in Oregon are good people, they have good hearts, and they have been helping us regardless of our beliefs, regardless where we're from, whether we are citizens or not, everybody has been helping us and generously helping us taking our beliefs aside and putting humanity in the front of their eyes,” Mahmoud said.

We asked them about advice they would give to other immigrants or refugees. They suggested learning the language and standing on your own two feet.

Three of the children will enroll at Portland Community College’s Rock Creek campus in the upcoming term. The youngest is in school and the family is taking ESL courses.

As for President Trump and his future policies on immigrants and refugees, Mahmoud had just one message for the new president. It was not about domestic policy. It was about foreign policy and directed at others who may experience the same fate.