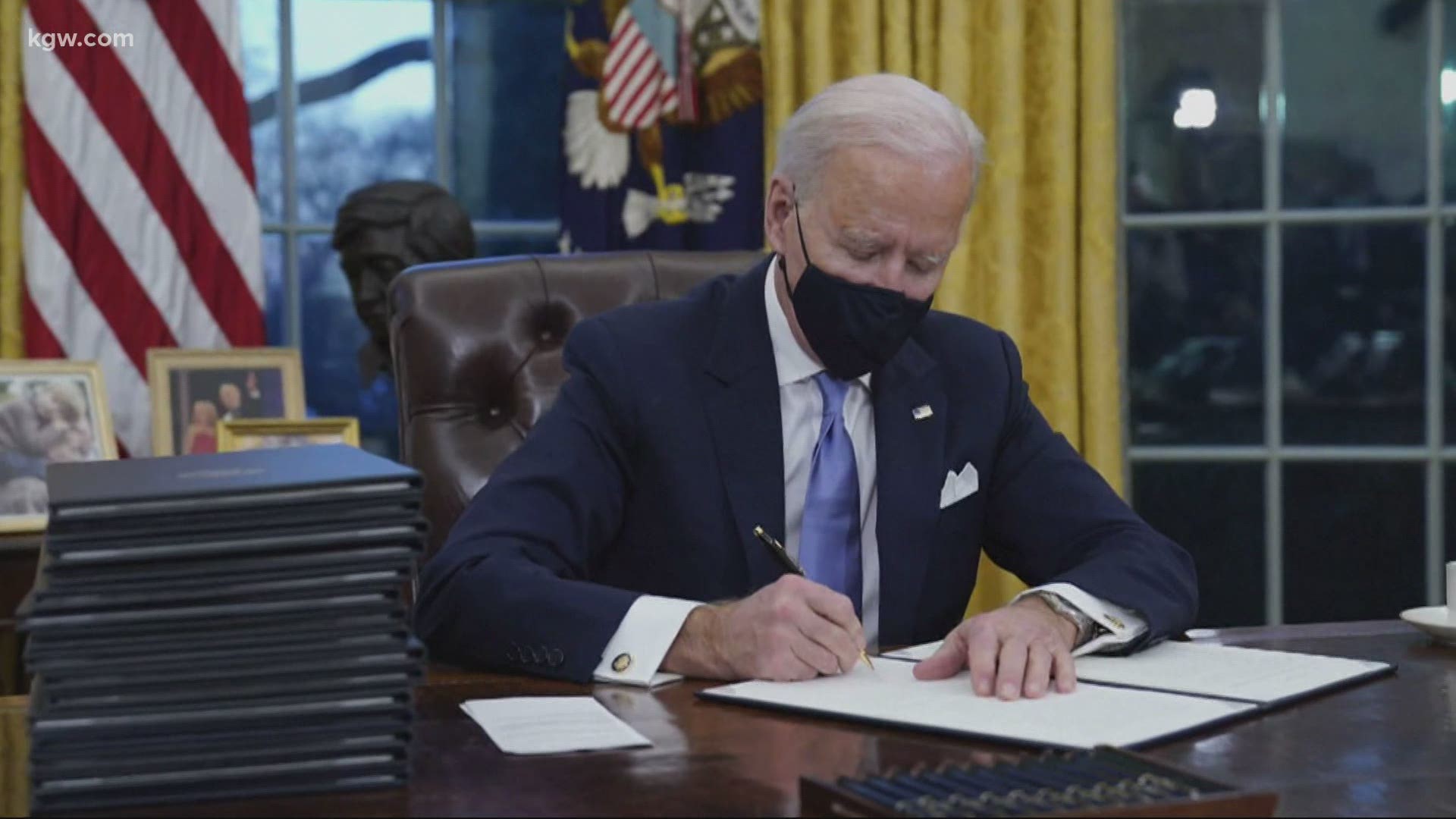 Some of the orders reversed what President Trump had signed into law during his four years in office.

"The fact that these executive orders were signed on the very first day of the Biden presidency is a strong sign that climate will be a priority for this administration," said John Ammondson, an advocate for Environment Oregon.

Ammondson said climate change is among the biggest problems in Oregon, but Biden's orders bring him hope.

"We're getting back to where we were," he said.

Of the many orders Biden signed was bringing the United States back into the Paris Climate Accord, an international agreement that pushes every country to lower their greenhouse gas emissions. President Trump officially withdrew the United States in November.

"It set the U.S. back, but the most important thing is that we are recommitted to taking action now. With climate change, there's no time to lose," Ammondson said.

When President Biden signed the executive order, it let the United Nations know the U.S. would officially rejoin the international agreement in 30 days.

RELATED: 2020 was one of the warmest years in history

"Being able to have the administration take quick action right out of the gate is important," Blumenauer told KGW Thursday afternoon, "We're gonna assume leadership with other countries. I think the United States will be looked to as leaders. We'll be able to make more progress globally. We don't have any time to waste as to the impact of climate change."

Not everyone agrees with the United States rejoining the Paris Climate Accord.

Kevin Hoar, communications director for the Oregon Republican Party, wrote to KGW in a text message that rejoining the Paris Accord is "all pain and no gain for the United States."

He went on to say, "Our country has done more than any other country in the world in reducing its carbon emissions, but the Paris Climate Accord does nothing about the world's fastest growing large emitters, namely China and India."

President Biden also reversed action from the Trump administration by ordering stronger vehicle emissions standards, something vehicle manufacturers were already on board with.

Biden also revoked the permit for the Keystone XL Pipeline that would have transported oil from Canada to the gulf of Mexico.