LGBTQ+ students are at a higher risk for depression, anxiety and thoughts of suicide as a result of bullying and teachers not backing them up, a study finds. 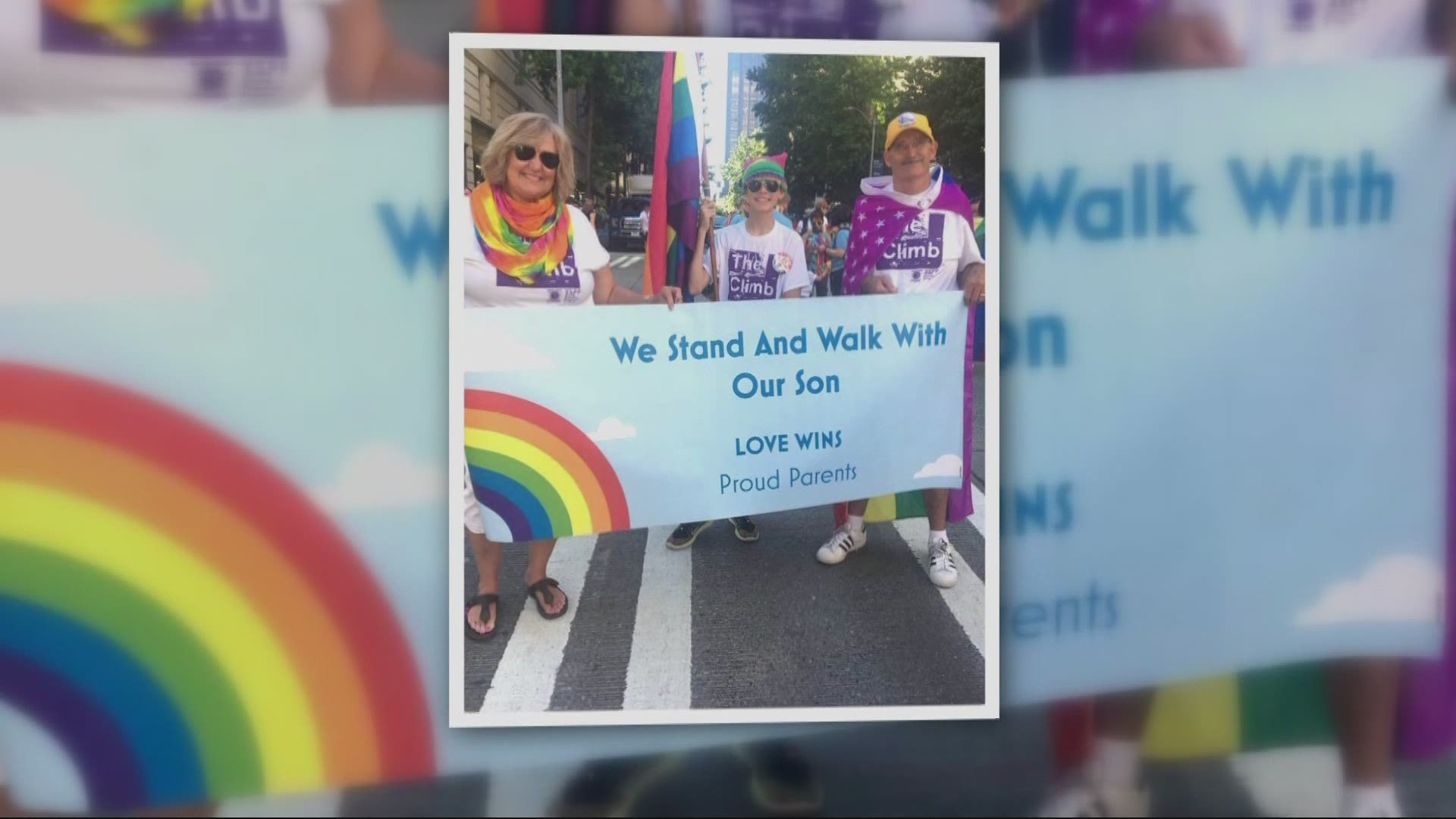 WASHINGTON, USA — A new study from Washington State University (WSU) shows a disparity in reports of bullying across school districts in Washington state. Students who identify as LGBTQ+ in school districts with conservative voting records reported more bullying and suicidality than their peers in more politically liberal areas.

For the study in the journal Analyses of Social Issues and Public Policy, WSU said researchers looked into relationships among school district voting records in the 2016 presidential election, bullying experiences in schools, and mental health outcomes of LGBTQ+ youth in the state.

The study showed LGBTQ+ students are at a higher risk for depression, anxiety and thoughts of suicide as a result of bullying, particularly in school districts that voted for former President Donald Trump in the 2016 election.

Students in conservative voting districts also reported their teachers were less likely to intervene in instances of bullying than students who responded from more liberal voting districts.

"Politically conservative policies tend to be anti-LGBTQ, and it doesn't have to be," said Paul Kwon, a professor of psychology at WSU and coauthor of the study. "It's not an indictment of politics, but some of the policies that are connected with more conservative policies...for anybody who's voting for a politician, I think they can make it clear that regardless of their political views, that they're in favor of human rights."

Kwon's team analyzed responses of nearly 50,000 students in grades 8-12 from the 2018 Washington State Healthy Youth Survey. The survey asked students about sexual and gender identity, bullying, and if teachers intervened. In total, 20% or nearly 10,000 students in the survey identified as being LGBTQ+.

"This was especially prevalent in more conservative school districts where LGBTQ+ youth report less teacher intervention despite experiencing more bullying," Kwon said. "Over 35% of youth in our study are students in a conservative-leaning school district, possibly placing them at greater risk for more bullying experiences and higher psychological distress. This project highlights an inequity that is not talked about a lot and shows the need for more explicit and inclusive anti-bullying legislation and policies that help mitigate the risks to LGBTQ+ youth regardless of district political attitudes."

WSU noted each school district in Washington is required to enact policies prohibiting harassment, intimidation, and bullying, but Kwon and his colleagues suggested individual school boards should do more to protect disproportionately impacted LGBTQ+ youth.

"Can actually cost them their lives," Kwon told KGW.

One example of such a policy could include parameters for teacher training and education about LGBTQ+ bullying and intervention tactics. Researchers also suggested all school websites explicitly describe anti-bullying policies as they relate to LGBTQ+ youth.

"Protecting vulnerable people," Kwon paraphrased. "And that shouldn't be about politics, that should be something we're all behind."

If you or someone you love is experiencing suicidal thoughts, you can call the National Suicide Prevention Lifeline 24/7: 800-273-8255