Will money from the education funding bill go to schools or PERS? It's not so simple

Over the course of the last few months, we've heard arguments from both parties in the legislature about an education investment package that's sparked contention.

GOP lawmakers say that the funding will end up going toward the state’s mounting Public Employee Retirement System (PERS) debt.

“This bill also has the potential of simply being utilized to offset the rising cost of PERS,” said Rep. Daniel Bonham (R) on the House floor last week.

“That's not only elephant in the room but a herd of elephants in the room. If we don't deal with PERS all this money is going to be sucked off into PERS," he said.

“The money included in the education bill is clearly earmarked to go straight to the classroom. None of it will go to PERS and they know it,” said Senate Majority Leader Ginny Burdick (D).

“This is a dedicated fund that will help plug holes in Oregon schools, it will help our schools reach the highest potential," he told KGW the day the bill passed out of the House of Representatives.

Money being funneled toward schools that have seen disinvestment in years past sounds alluring. But are the Republicans right? Could this revenue, in fact, go to Oregon’s nearly $27 billion PERS debt and not to schools? 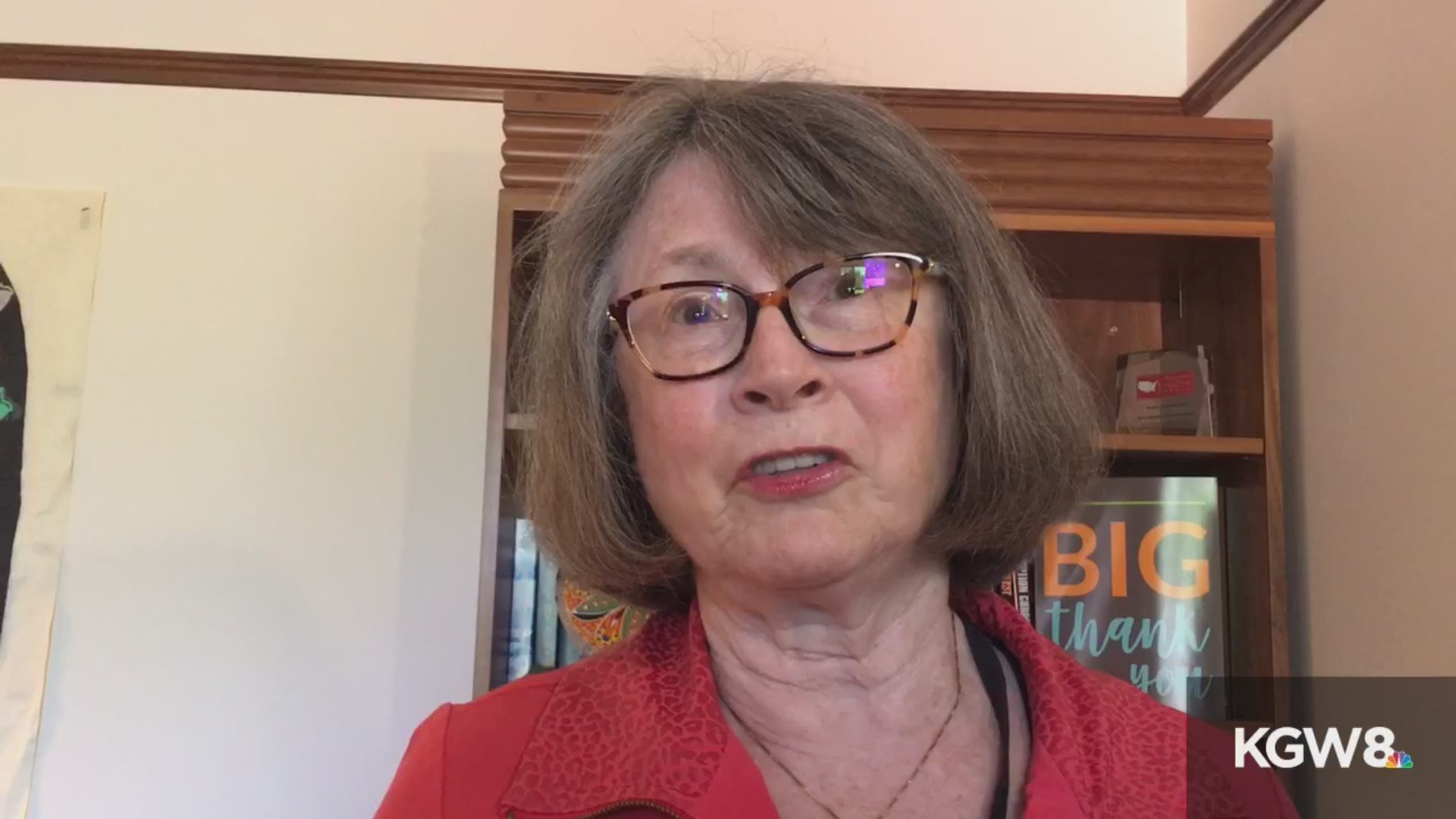 The answer isn’t black and white.

Tim Duy with the Department of Economics at the University of Oregon said the money isn’t directly going to PERS.

“But of course if PERS costs rise at some point in the future that means fewer resources overall available," Duy said.

The 45-page bill clearly outlines that the money must go to education and not PERS. However, unfunded PERS liabilities are a major challenge many schools face and they have to pay for it somehow.

“I don’t think you can draw these fine distinctions between this is new money only for new programs and it will not be impacted by these other costs,” said Duy.

It’s not as simple as allocating money to education without addressing PERS.

“Those pensions go up, all their employee costs go up,” said Duy, “So they have to have revenues to cover that. So you can't, I think, separate out that. That's why I think it’s just better to say that it's a bathtub of resources; you're putting in one end, PERS drains the other end. You want to both put in on one end and stem it.”

KGW political analyst Len Bergstein likes to refer to the system as a bucket with holes.

“If people are expecting the money to go to the classroom but in fact, it dribbles out because of a PERS system that's imperfect and it doesn't get to the classroom then the public is going to be really angry,” said Bergstein.

This circles back to the Republicans' claim that PERS needs to be addressed before money can be funneled toward education.

“Everybody agrees there's going to be some fix to PERS enough so this $2 billion can really help the education system,” said Bergstein.

But Duy and Bergstein agree that whatever the outcome, you can’t not fund education just because PERS is flawed.

Friday, Senate Democrats introduced a different plan to tackle the public pension debt. It would lower costs for all public employees, including schools. A percentage of workers’ contributions to their 401K-type retirement plan would go toward their pension.

Duy says this plan would help plug the drain and fill the holes.