What it means for SROs to be removed from Portland schools

“We need change without a doubt, and I will push for that. But I don't want us to lose out on the end of school safety,” said Ofc. Rick Puente, 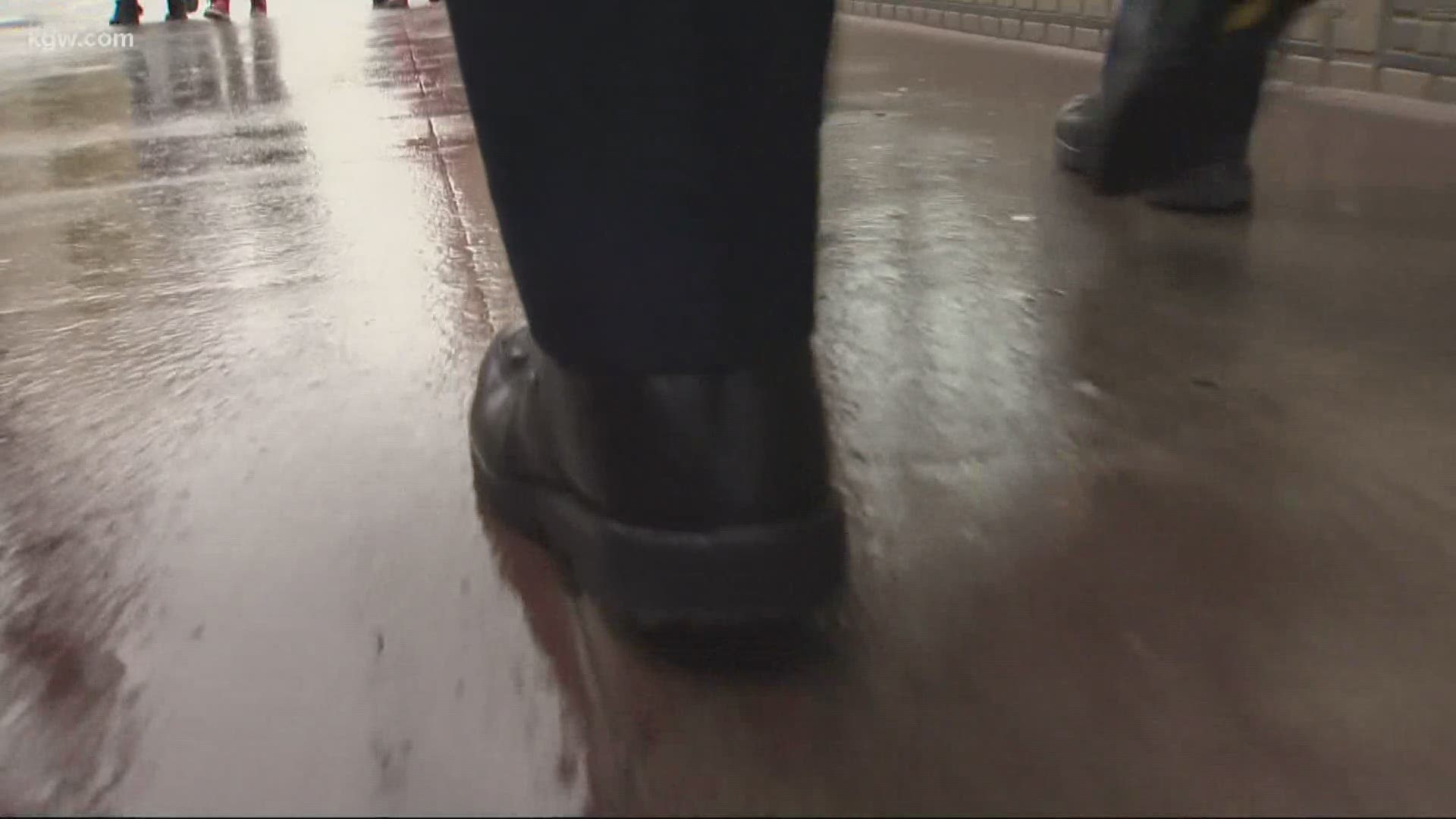 PORTLAND, Ore. — The moment Portland Mayor Ted Wheeler as well as Portland Schools Superintendent Guadalupe Guerrero made the announcement that school resource officers (SROs) will not be on school campuses anymore, a lot of people weighed in.

“It's a little disappointing,” said Puente.

“When we talk about jeopardizing […] the safety of our students by removing resources that are at our disposal, that is concerning,” he said.

For sixteen years, Puente has been involved in school safety. He is the Vice President of the Oregon School Resource Officers Association. He said the role of an SRO encompasses communication and relationship-building, with very little emphasis on enforcement.

“I could spend hours to tell you about life-saving stories of young people I've encountered in my role as SRO in years past,” said Puente.

He said he hears the outcry from people of color and others who are bringing attention to systemic racism.

“My heart is broken. I have shed tears for what has happened in this country,” Puente said.

“We need change without a doubt, and I will push for that. But I don't want us to lose out on the end of school safety.”

We've heard from many people through our KGW social media channels, who are worried about things like school shootings and other emergencies, and what it'll mean if an SRO isn't on campus.

“The responses will still be there, just maybe not as immediate,” said Puente.

In the David Douglas School District, Andrea Valderrama serves as the School Board Chair. She’s the first person of color to serve on the board, which represents a district where the majority of students are people of color.

“It's so important for me to say that unequivocally, black lives matter,” said Valderrama.

Schools in her district, because they're located in Portland, will also be without SROs.

“I will say that the action is long overdue,” Valderrama said.

“What I'm hearing from my students, my staff, and my community out here in David Douglas is that police officers do not contribute to an environment of safety,” she said.

Valderrama said when her community was surveyed on the topic of school safety, they said they wanted more wrap-around services, restorative justice, mental, emotional and behavioral supports.

Now she's bringing a new idea to the next board meeting on Thursday that would completely cut ties with police.

“Not just ending our SRO program or contract but also extending that to any other contracts that we may have with general police officers at events,” said Valderrama.

Those events include things like football or basketball games.

But she's also heard from parents who are worried about the potential for decreased safety at school and events.

“Which is exactly why I'm asking for the resources to be reinvested in some of these upstream restorative justice and other necessary practices and policies, so we can have alternative responses, alternative staff there to address safety concerns as they arise,” Valderrama said.

She acknowledged that many SROs have had a positive impact on kids in her district. With the removal of SROs, she said there is additional policy and budget work that needs to be done to re-think what community and public safety should look live moving forward.

Valderrama also emphasized that SROs are not typically the officers who show up to patrol events and other functions.

“In those incidents, overwhelmingly black and indigenous people of color, students of color, do feel unsafe and it is important for me and our district to take a stand and address their fundamental safety concerns as well,” she said.

Officer Puente said he wants to address the fears that are out there as well and wants to keep lines of communication open with all communities of color.

“I think that these are opportunities for us to communicate, to sit down and have those conversations to say, what is the fear that comes to the table,” said Puente.

“We definitely do need change, and we're not hesitant to make change. But we also need the support of our communities to help us do that,” he said.

Puente said he has personally seen the power of influence, relationships, and communication work positively for school resource officers in helping to build their communities up.

“We can make decisions really hastily without taking a look at the broader spectrum of the overall impact.

What districts outside of Portland are saying

Districts outside of Portland are also having conversations about how they want to move forward trying to balance safety and systemic racism.

KGW reached out to both the Salem-Keizer School District as well as the Beaverton School District. Officials in both districts said they plan to have conversations with their families of color as well as the larger community before they move forward with any action in regards to school resource officers.

RELATED: Inside Woodlawn: A conversation about race