About 20 of the the Portland Public School District’s 80-or-so schools have test kits. That means around 3/4 of schools in the district are still waiting. 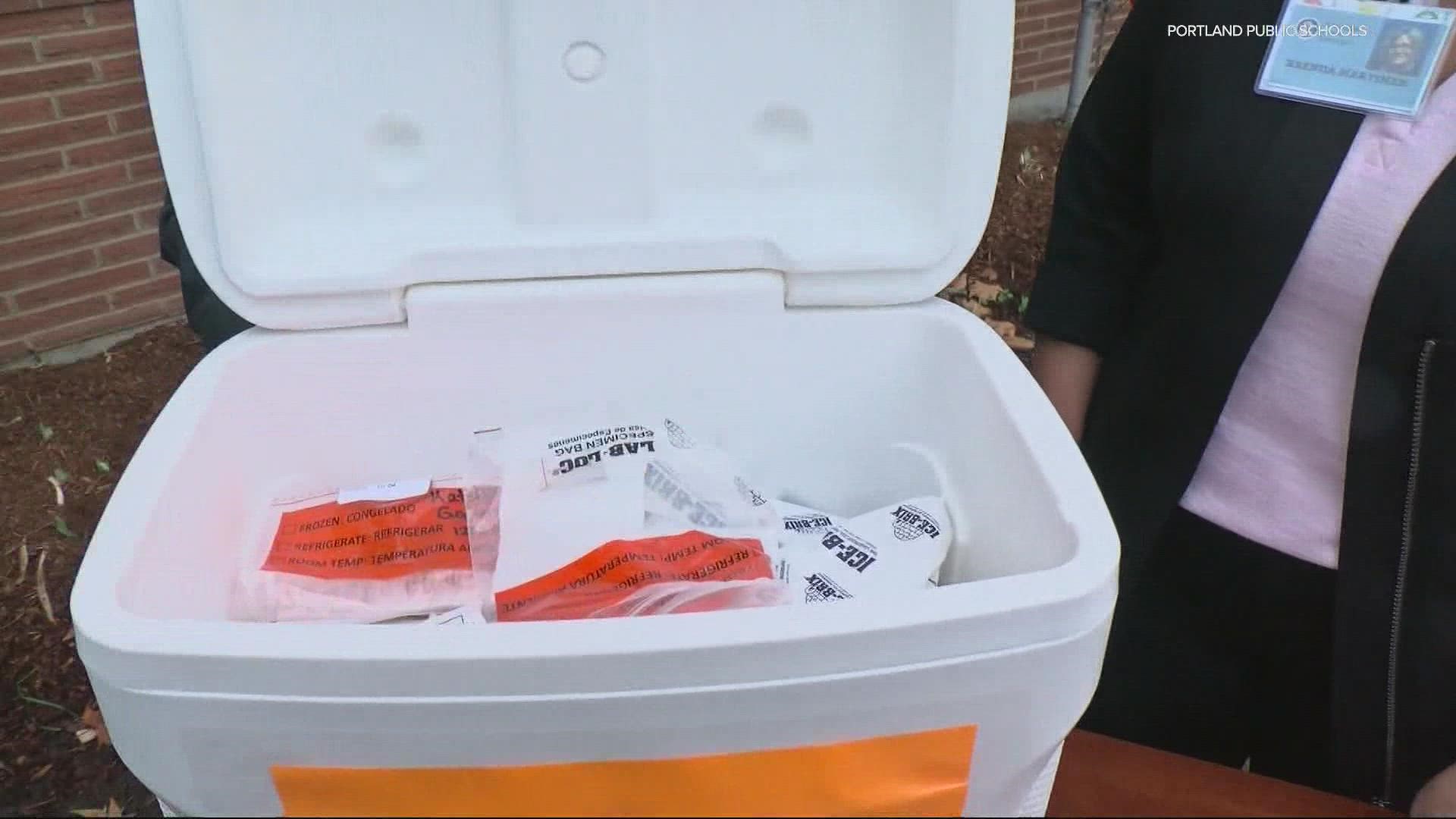 PORTLAND, Ore. — Almost two months into the new school year and the state's weekly COVID-19 testing program for students is still rolling out.

Some district officials say they’re waiting for supply chain issues to be resolved.

In the Portland Public School District, weekly COVID screening tests for asymptomatic students started at the beginning of the month.

But roughly one month later, only about 20 out of the district’s 80-or-so schools have test kits. That means around 3/4 of schools in the district are still waiting.

“We've definitely opted in and are anxiously awaiting the test kits to come home,” said Meghan Kelley, who has a child in third grade at a Portland Public school.

“It certainly would take an edge off the anxiety for my family if we could start getting that testing going as soon as possible,” she said.

The last time we checked in with PPS about weekly screen testing, about 3,300 families had signed up. Martinek said that number is now around 11,000. But not all of them have test kits yet.

Parents, like Kelley, who have been waiting are wondering about the cause of the delay.

“It's a little hard to figure out what the holdup is,” said Kelley.

“Some of our schools are ready, but because of the supply distribution issues, we are waiting until we get some of those labels, coolers. Some of those things have been ordered they just haven't arrived yet for OHSU. So it's just a matter of supply and demand,” Martinek said.

What OHSU has to say about the screen testing process

OHSU is responsible for processing the weekly student COVID-19 tests.

“OHSU is one of five lab partners enlisted by the Oregon Health Authority, which runs the program in partnership with participating school districts statewide,” wrote Erik Robinson, senior communications specialist for OHSU, in an e-mail.

Robinson said in addition to the lab having plenty of capacity, processing a little under 10,000 samples from the school screening program last week, he said OHSU isn’t aware of any supply chain issues involving coolers.

“Although there was a temporary shortage of labels that may have delayed distribution of saliva kits for some schools by a few days at most,” Robinson wrote.

After the initial story aired, an OHSU spokesperson sent KGW another statement saying in part, "OHSU is actively engaged in working with PPS and other schools in the region to roll out weekly asymptomatic screening for students who have opted in to this program, which is statewide in scope and overseen by the Oregon Health Authority. We are working diligently with schools to conduct testing for an inherently complex program that involves setting up hundreds of distinct and unique testing sites. We are currently in the process of streamlining our own procedures at OHSU to account for supply-chain issues related to shipping and receiving test kits for individual students as they are enrolled."

Kelley said she hadn’t previously heard any explanation as to why all schools weren’t getting test kits.

“I'm bothered that that hasn't been communicated,” she said.

In addition, Kelley said she hopes the district kept equity in mind when it comes to which schools currently have test kits available.

Meantime, Martinek said she wants to thank families for their patience as the testing program continues to roll out.

“We are getting them [test kits] out as quickly as possible,” said Martinek.

Kelley hopes the test kits are distributed soon, for peace of mind.

“There's certainly an edge of anxiety due to the pandemic,” Kelley said.

Outside of Portland Public Schools

Other school districts are also in the process of rolling out the screen testing program. In the West Linn-Wilsonville School District, the weekly COVID testing program for students isn’t expected to start until the week of November 1st.

Rudy Owens, a public affairs specialist for the Oregon Health Authority said as of Monday, 57 school districts have registered for the screen testing program. That equates to about 28% of districts in Oregon.

Owens said the 57 districts enrolled make up eight of the 10 largest school districts in the state. 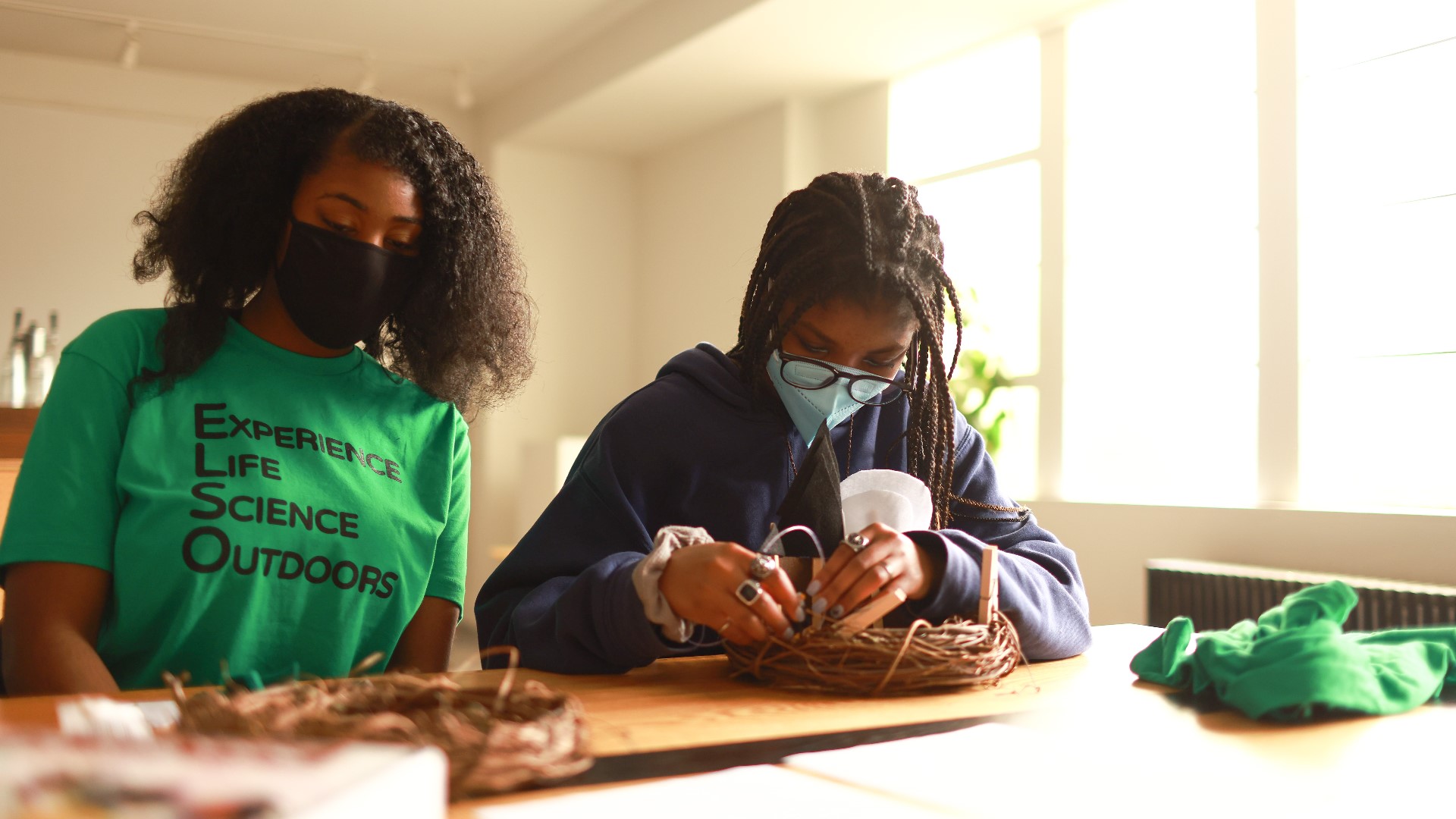