The march and rally at the Oregon State Capitol on Wednesday afternoon were part of a statewide teacher walkout and rally. 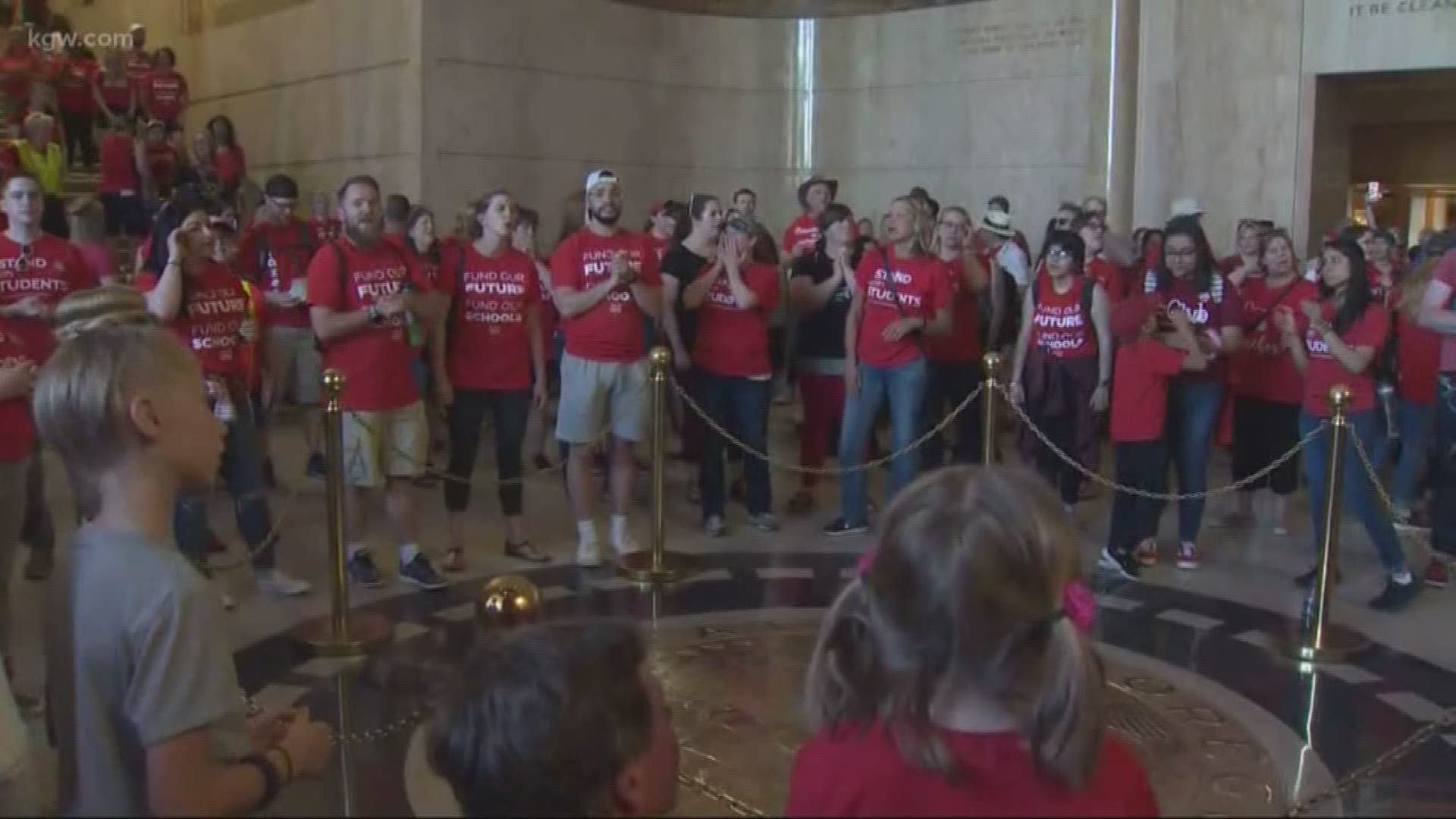 SALEM, Oregon — Teachers, parents, students and other community members took part in a march and rally at the Oregon State Capitol as part of a statewide teacher walkout to pressure lawmakers to provide more funding for schools.

The rally began at 1:30 p.m. at Riverfront Park in Salem. Attendees marched to the Capitol at 2 p.m. for a rally that began at 3 p.m. The Salem-Keizer School District closed 2.5 hours early and canceled all afternoon preschool.

The Oregon Education Association, the union for teachers across the state, planned the rallies months ago. The union said the objective of the Day of Action is to advocate “for students after years of disinvestment.”

You can find more information on the walkout's website.

The state Senate was scheduled to vote on a $1 billion per-year funding package (HB 3427) for schools on Tuesday, but Senate Republicans didn’t show up on the Senate floor in order to avoid the vote. They didn't show up Wednesday, either.

Minority leader Herman Baertschiger said Monday that Republicans in the Senate are opposed to the proposed half a percent tax on businesses with sales over $1 million in the funding package.

KGW has been following the issue of classrooms disruptions across Oregon for months. The concerns of parents, teachers and lawmakers echo the reasons OEA says they are marching: large class sizes, missing mental and behavioral health supports, and cut programs like art, music, and P.E.

After months of reporting on disrupted classrooms, we recently sat down with parents, teachers and lawmakers to brainstorm solutions.

No idea was off the table. This discussion was taped from beginning to end as teachers laid out their frustrations, parents their concerns and lawmakers listened.

Classrooms in Crisis: Solutions aired Wednesday, May 8 on KGW and KGW.com.