Many classified staff in the Vancouver School District were furloughed this past fall. Some faced dire financial consequences, said one paraeducator. 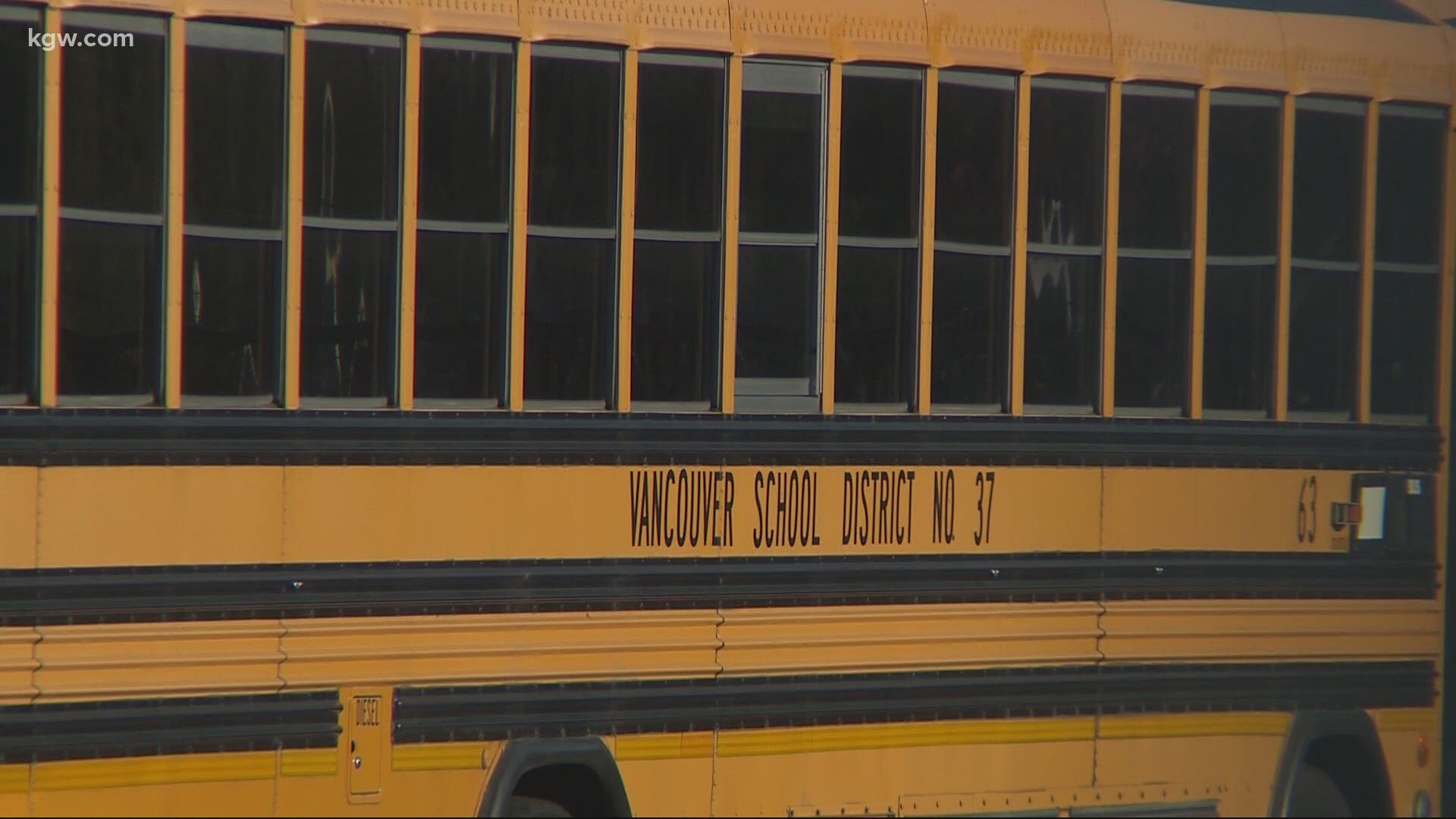 VANCOUVER, Wash. — The holiday break for students is wrapping up and they’re getting ready to start winter term. In Vancouver, school support staff are also getting ready to head back after being furloughed in the fall.

Ruth Ingebrand is an instructional paraeducator at Mcloughlin Middle School in the Vancouver School District.

She and many other paraeducators help support students and certified teachers. In the spring, when the pandemic first hit, she was busy helping kids.

“Eight hours of tutoring a day, way more than I would typically do,” said Ingebrand.

But this past fall, Ingebrand said she and many other classified staff in the Vancouver School District, including people like bus drivers as well as lunch staff, were furloughed.

Ingebrand said she and other classified staff are set to go back to work in early January but that doesn’t make the furlough any easier.

The news was a punch to the gut to her. Ingebrand is a mom to three kids, with a heart to help her students. She said many of them at her school are vulnerable with many of them speaking different languages, experiencing food insecurity and lacking access to the internet.

“These moms are bringing me tamales asking me to tutor their kids and I’m like, 'Of course I will. Let’s wear a mask,'” Ingebrand said.

“You can’t have a good education when you’re missing staff," she said.

She said the financial hit made the furlough even tougher. Her family had birthdays in October and November, on top of the holidays.

But Ingebrand feels fortunate because her husband is still able to work. Other paraeducators she said, are in worse situations because of the furlough.

“A lot of paraeducators are single moms or single dads," said Ingebrand. "They lost their homes. Many of them, still to this day, are homeless in their cars with their children, with college degrees. They are homeless."

She said the district has about $34 million saved up and that money could have helped keep classified staff working.

“Bus drivers could have continued to do their normal route. They could’ve had paraeducators with WiFi on the buses, handing out lunches. This is what other districts are doing,” Ingebrand said.

A Vancouver Public Schools spokesperson said most of that money in the reserve fund was already earmarked to go elsewhere.

“More than two-thirds of the fund balance is restricted or assigned for special purposes; it cannot be used to balance the budget,” Pat Nuzzo said in an email. Nuzzo is communications director for Vancouver Public Schools.

Ingebrand said while she’s excited to help her students again, she has a few concerns. She said financial issues will continue for a bit longer. Because of pay scheduling, she and others who start in early January won’t be seeing a paycheck until late February. During the month of January, they won’t be able to collect unemployment either because they will be working for the district.

Ingebrand also said that classified staff will only have one day to prepare before more students begin coming back into the classroom. She said she wishes classified staff would have been given more time to get ready for interacting with students in person.

Related to that concern, is that of safety, since Ingebrand said she will be physically working in buildings with small groups of students.

Nuzzo said the district is following all health and safety protocols.

“Personal protective equipment including hand sanitizer, masks, gloves and cleaning supplies are provided and on hand at entrances and in offices and classrooms," she said via email. "Staff and students/parents complete daily health attestations each morning before coming to school. Temperature checks are done as students enter school. Masks are required for students and staff. In addition, schools are thoroughly cleaned nightly and deep cleaned and disinfected every Wednesday when all students are in remote learning."

Nuzzo also said, “any staff member who meets the criteria for COVID leave may request an accommodation to work remotely.”

Nuzzo said the school board made the reluctant decision in September to temporarily furlough classified employees based on a projected budget shortfall. She said a major factor was a lower enrollment of almost 1,000 students. The district also implemented a hiring freeze and attrition to lessen the budget shortfall, said Nuzzo.

Since the start of fall term, the district has brought back small groups of students for in-person learning including special education and kindergarten students. With those groups, classified staff have been gradually added.

The rest of the classified staff, those who mainly worked at the middle and high school levels, are mostly the ones coming back in January, said Ingebrand.

She also said classified staff in other Southwest Washington school districts were furloughed as well, but timelines regarding when employees were brought back differed between districts.