The campus programs include bioengineering and development of medical devices. 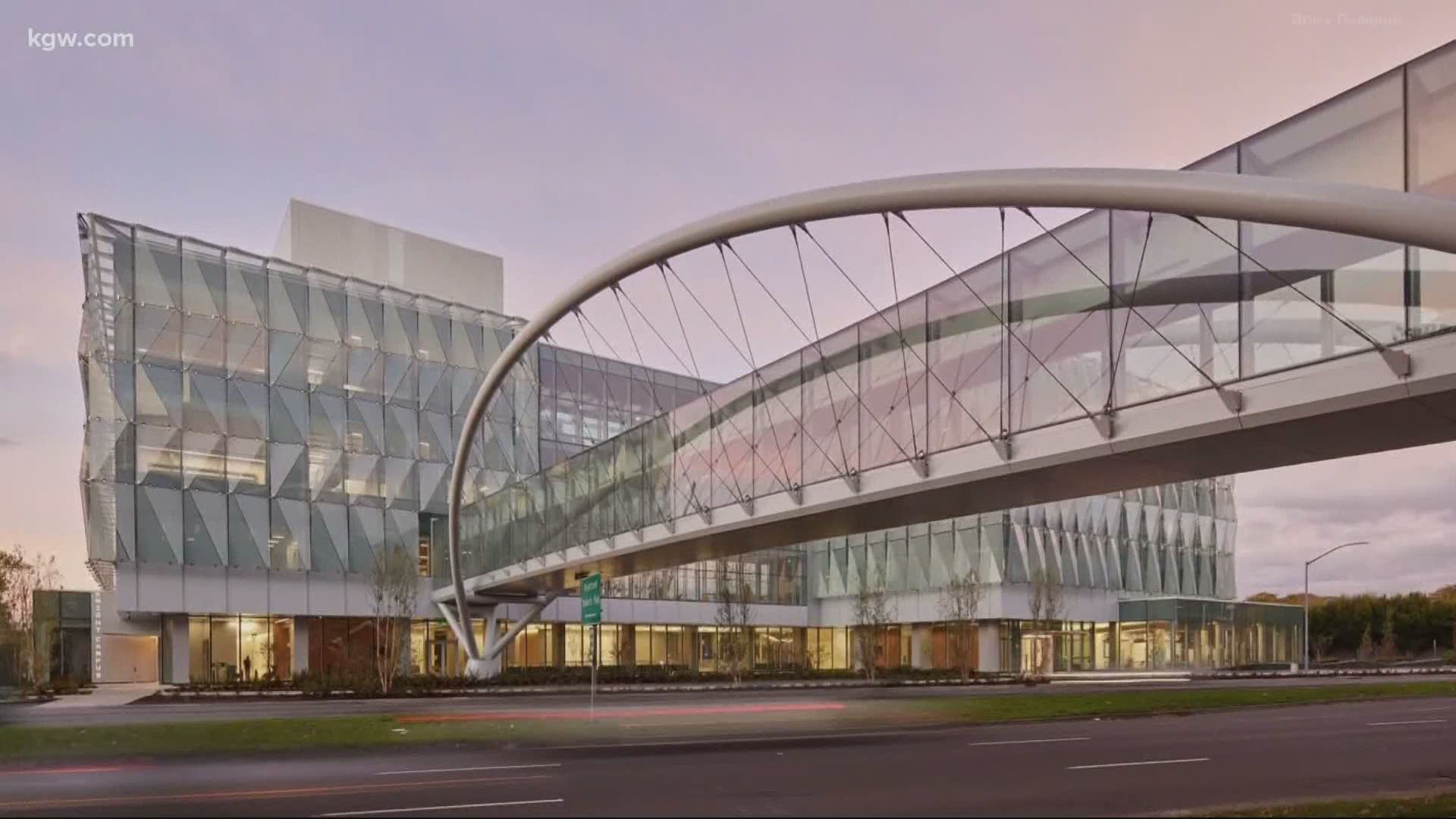 EUGENE, Ore. — The University of Oregon (UO) is celebrating the official opening of the Phil and Penny Knight Campus for Accelerating Scientific Impact.

“This marks a transformational moment in our university’s 144-year history," UO president Michael H. Schill said. "The Knight Campus builds upon our proud history of exceptional basic science and immediately broadens and deepens our impact to encompass applied science and engineering.”

The campus programs include bioengineering and development of medical devices.

Teams of scientists, researchers and students are set up in four research neighborhoods, where no single lab belongs to an individual faculty member.

UO said this design, along with facilities for imaging, 3D-printing and rapid prototyping, will allow Knight Campus researchers to reduce the average time of 10 years it takes to move most biotechnology discoveries to market.

"The entire building is adaptable, allowing researchers to be hyper-nimble and to work across fields — be it engineering or biology or nanotechnology," said UO provost Patrick Phillips, a biology professor who served as acting director of the campus and led the design team. "COVID-19 and the pandemic have really highlighted the importance of translational research, of collaboration and of quick impact.”

The Knight Campus serves students with a graduate internship program and a doctoral program in bioengineering, a partnership with Oregon State University. The internship program provides a career-focused, accelerated master’s degree, with a nine-month hands-on internship.

For student Kylie Nash, this type of work hits home.

"It represents endless possibilities," Nash said. "I've seen how translational science has helped my mom, who has seven incurable diseases. She has a gastric pacemaker that actually saved her life eight years ago."

UO's School of Business and School of Journalism and Communication both collaborate with the Knight Campus to educate researchers about entrepreneurship, marketing and public media relations.

“The Knight Campus serves as a hub for new partnerships," Guldberg said. "We’re creating an ecosystem of collaboration, supporting diverse perspectives dedicated to the pursuit of breakthroughs that improve people’s lives.”

One company is 3D printing patient-specific orthopedic implants, shortening the innovation timeline from years to weeks. A second startup creates implantable screws and other devices with built-in sensors to monitor healing. A third company, formed by a faculty member who is both a physician and a scientist, commercializes a molecule to treat vision disorders such as macular degeneration.

"This puts University of Oregon in a position to participate in tackling these big problems in a way that's never been before possible," Guldberg said.

The Knight Campus was made possible by a $500 million lead gift from UO alumni and Nike co-founder Phil Knight and his wife Penny. Knight earned his business degree at the UO in 1959 and has been the university’s largest benefactor. A news release from UO noted the Knight Campus contribution was the largest gift ever to a public flagship institution, augmented by $70 million in state bonds and additional philanthropy. The first phase marks a $225-million building project.

A virtual grand opening was scheduled for Dec. 2 at 5:30 p.m. Pacific.