John Zingale's love of history started when he was in high school, but he waited more than a decade to pursue his passion professionally. 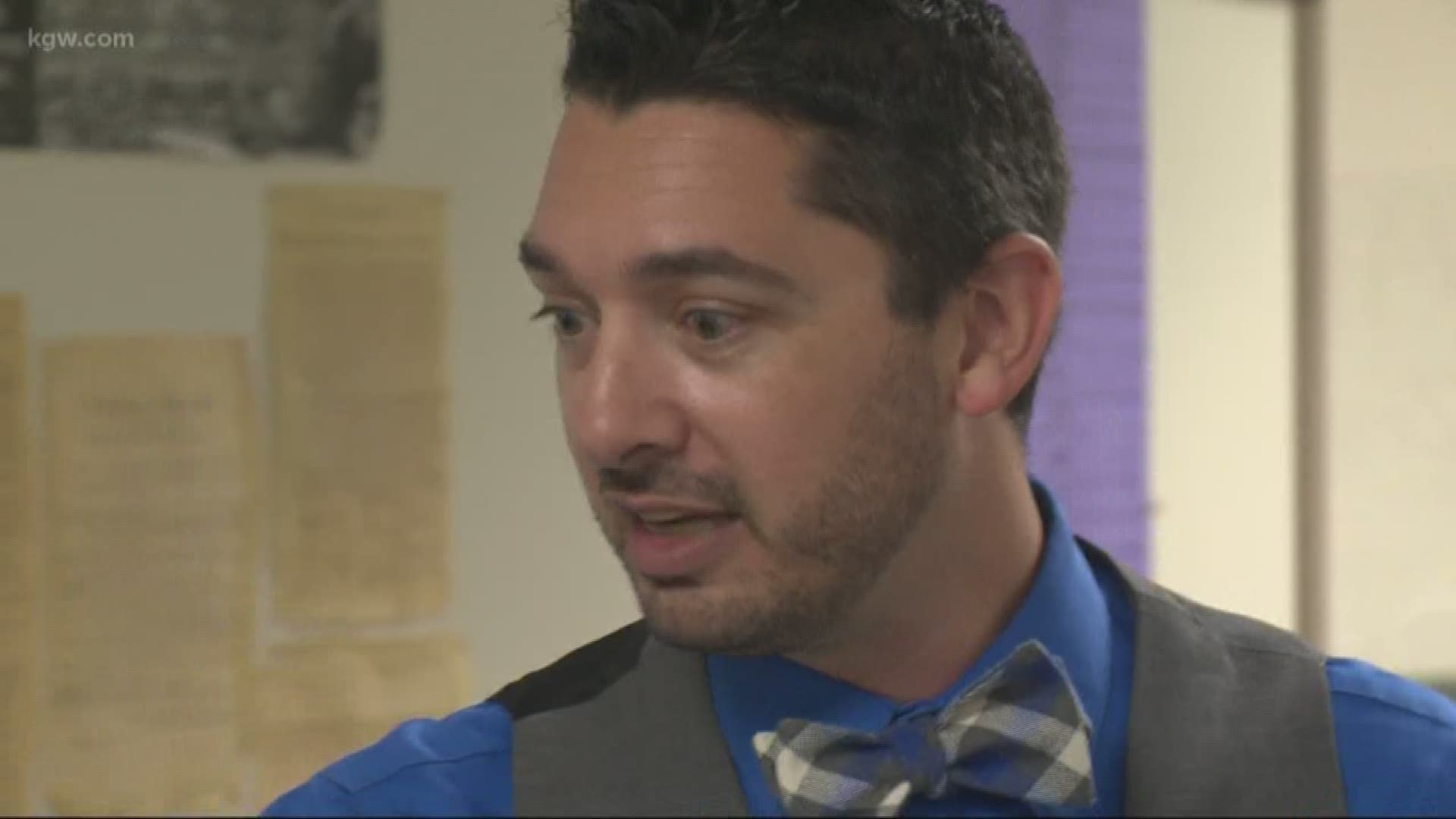 VANCOUVER, Wash. — John Zingale doesn't refer to himself as a history teacher.

"I say I teach H.I.P.-story, which is hands on individualized project based history," he explained.

His teaching style breaks out of the mold of traditional teaching. Instead of lessons and reading out of a book, his teaching is mainly hands-on. He credits his high school history teacher, John Dryden, with jump-starting his love of his favorite subject.

"He taught it more like a college course and by the time when I got to college, I was more prepared," Zingale said.

Zingale pursued his bachelor's in history but instead of landing a teaching job, he went a different route.

"I used to work grocery retail for 16 years. I was managing, I was assistant store director of Albertson's stores. I moved from Illinois and didn't enjoy it any more," Zingale said.

He attended the University of Portland and received his master's degree and has been a history teacher for the last seven years.

"We're doing a project launch for our iTech project 'Road Trippin' and one of things we're going to be doing is looking at the geography of the state and trying to learn the very diverse geography our state has," Zingale said.

"This is like an escape room, but for educational purposes. So, instead of having to break out of the room, you have to break into the box," Zingale said. "I want to see them draw conclusions from information and that's going to prepare them for life outside of school."

In previous years, he's taken his class to Mount St. Helens to learn more about the 1980 eruption.

His students have also created a virtual reality tour of artifacts at Fort Vancouver.

It's because of these innovative ways of teaching that he's now a front runner for a national Teacher of the Year award given out by New York based nonprofit, The Gilder Lehrman Institute of American History.

The nonprofit named Zingale the Washington State History Teacher of the Year.