The Indian Summer Education Program just wrapped up in the Salem-Keizer School District. This year, organizers scrambled to turn it into a virtual program. 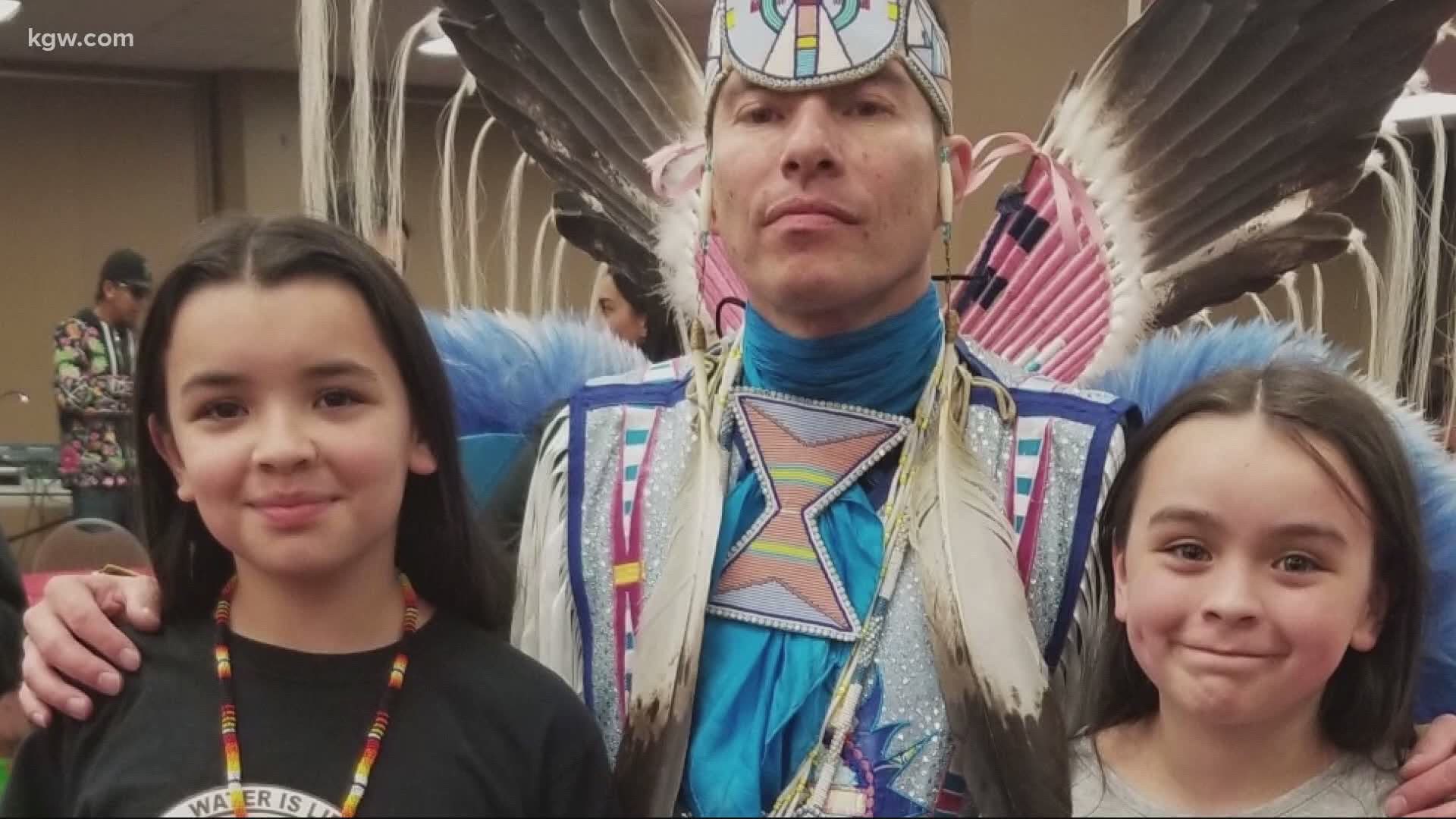 PORTLAND, Ore. — Native American kids and families in the Salem-Keizer School District just wrapped up a summer education program. This year, organizers scrambled to turn it into virtual learning.

Jacinda Wright is one of the students who participated. She’s going into 6th grade and just wrapped up learning all about tribal culture and indigenous tribes living around the Columbia River Gorge.

“My girls are from the Klamath Tribe,” said Wright.

In July, kids and their families participated in the Salem-Keizer School District’s Indian Summer Education Program.

“We serve many, many tribes across our school district,” said Shelby Maerz, the Program Associate for the Indian Education Program.

Maerz said Native American students make up about 1% of the student population in the Salem-Keizer School District.

Usually, the un-graded enrichment program that melds academics and Native American culture happens in person. But the COVID-19 pandemic had program organizers scrambling to come up with an online option.

Wright said her daughters have participated before and typically students will have all-day field trips, engaging in culture-related activities. But with this year being virtual, entire families were able to participate as well.

“They’re being taught in the way our ancestors provided education they provided as a whole group,” said Maerz. “So our elders would teach full family, full multi-ages in a group, and everybody participated.”

With race and diversity issues being discussed all over the country, a big part of the program was an emphasis on inclusion, as well as learning about and connecting with their ancestral heritage.

“The overreaching sentiment is that they don’t feel that sense of belonging,” said Che Finch, Cultural Resource Facility for Salem-Keizer Public Schools. “Pioneer culture is the dominant culture and it’s also what’s brought this feeling of exclusion upon us.”

Finch also taught a class during the summer program, linking storytelling, poetry and rap music. Finch said hip-hop is a genre of music that has been widely adopted by Native American people.

“For me, it was a natural transition from poetry and spoken word and putting that to beats and making music,” he said.

Kids also learned a lot about storytelling the way their ancestors did it. They watched video examples online and came up with their own stories.

They also made traditional jewelry and baskets out of kits that program organizers put together and distributed to families.

They learned about the tribes in and around the Columbia River Gorge as well as the geology of the gorge.

In addition to learning about how the gorge was formed, students also learned about the traditional stories associated with its formation.

Wright said the program helps kids develop a sense of pride, something that’s crucial especially when some kids at school may be disrespectful about something they don’t understand.

“A lot of the kids will laugh or will make fun of the culture and the history and they’ve made some pretty cruel comments,” said Wright.

Jacinda said she remembers one time being in class, watching a video on Native American drumming and singing.

“One kid was saying it was like, creepy,” Jacinda recalled.

She said her teacher didn’t say anything in response and she remembers feeling angry.

Wright said her hope is that schools make it a priority to not shy away from teaching the Native American perspective of history. She pointed to the story of Christopher Columbus and Thanksgiving.

“Obviously they weren’t settlers, they were more invaders,” said Wright.

She said it is a darker side of U.S. history, but if people had a more comprehensive understanding of what happened to Indigenous people, it might help with overall understanding and respect for the Native American culture.

For Wright’s daughter, Jacinda, the storytelling, traditional jewelry making and knowledge of her culture all give her a sense of pride in her heritage.