Salem-Keizer Public Schools officials say the substitute teacher shortage has been around for a while, but the pandemic exacerbated it. 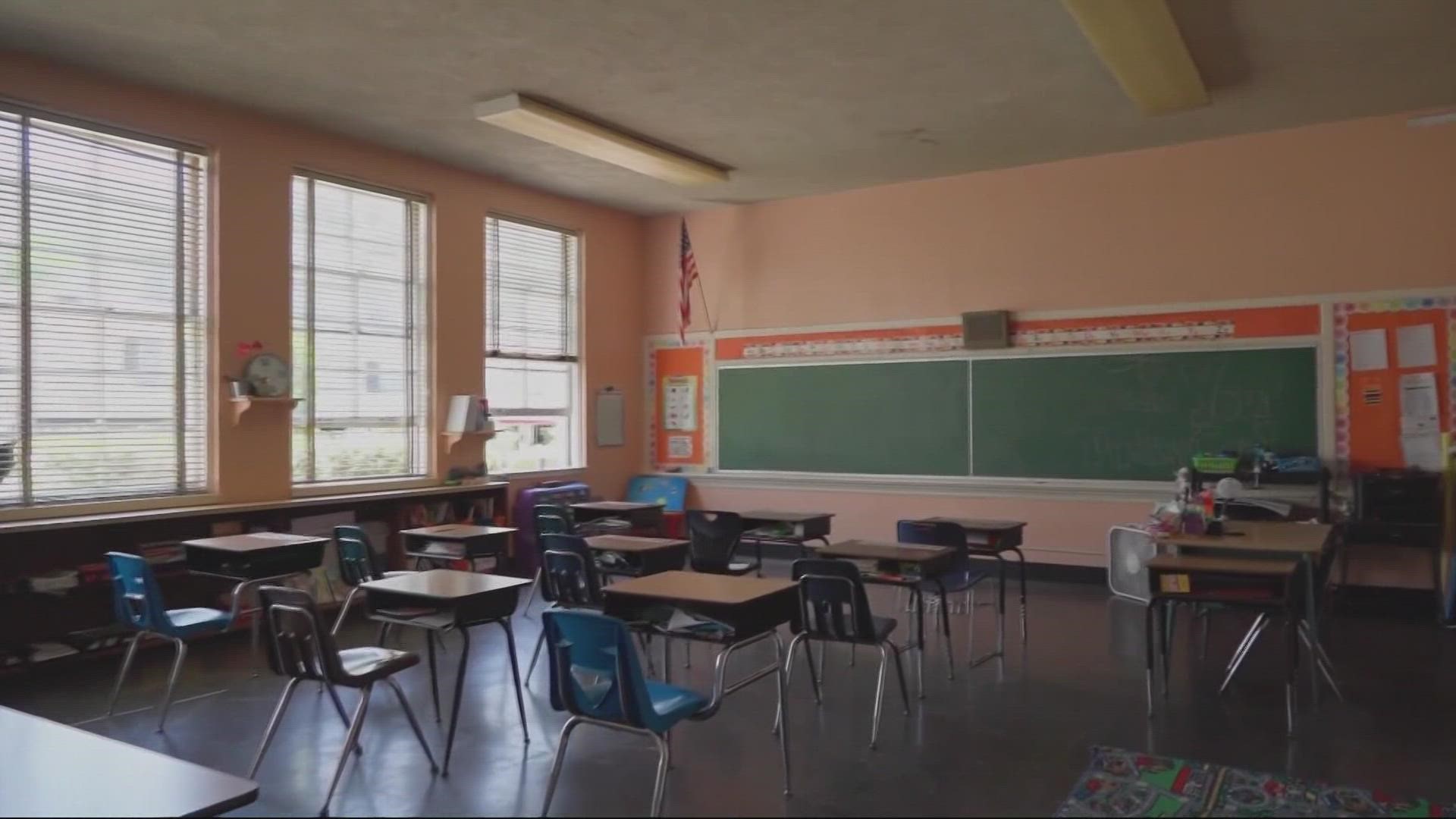 SALEM, Ore — KGW has reported on the bus driver shortage nationwide that's affecting districts around the area but staffing issues don't stop there. A lack of substitute teachers is stretching resources at several districts, including Salem-Keizer Public Schools.

Even before COVID-19 there was a shortage of substitute teachers but the pandemic has exacerbated the issue.

At Salem-Keizer Public Schools, licensed administrative staff are finding themselves stepping into the classroom when teachers are absent for any number of reasons.

“I definitely see that there's an increase in absences,” said Brian Turner, director of recruitment and staffing for the district. “Last Friday I was in a classroom substitute teaching."

RELATED: Portland Public Schools is down dozens of bus drivers. Here's what we know about the bus driver shortage

Turner said before that pandemic there were instances where licensed office staff had to step into substitute roles, but because of the pandemic-exacerbated substitute shortage, it’s happening more.  Turner has a license to teach, as does anyone who would step into a classroom to fill in as a substitute teacher.

While Turner can’t speak to every teacher absence, he said the pandemic plays a role. He said school during the pandemic can be stressful for teachers and staff, so that could warrant a mental health day. People are also being extra careful.

“If you're coughing and you have the sniffles, maybe at one time you would go into the school. But now we're very cautious and people are staying home when they have those symptoms,” said Turner.

While he said there are more absences during the pandemic, Turner said the main hurdle is actually the pool of substitute teachers that continues to dwindle. He said across the country fewer people are enrolling in education programs— meaning there are fewer teachers left to hire and districts are potentially hiring people who might have been substitutes as full-time teachers. Turner said COVID-19 is also affecting the number of retirees who may normally choose to be a substitute.

“I think the pandemic has created a level of anxiety for folks,” said Turner. “We have lots of retirees and the percentage that are coming back to sub is… lower than it has been.”

RELATED: Yes, Oregon teachers and students will have to quarantine if they test positive for COVID-19

Turner said the district is open to getting help from the community.

“We need you. We need you in the classroom. If you want to be a classified or support person and you want to sub, we have room for you,” said Turner.

He said the opportunity would be perfect for a stay-at-home parent whose child is going to school. People can get what’s called a Restricted Substitute Teaching License. Applicants must have a bachelor’s degree and there’s training involved. The district helps with the process. He said substitutes with the license can make $30 an hour.

Another difference is that a person with a Restricted Substitute Teaching License may not work more than 10 consecutive days in the same job. For example, after nine days of teaching high school social studies, Turner said a restricted substitute teacher would have to be replaced by a high school social studies teacher. Still, he said the restricted substitute teacher would have other opportunities since the district has many needs.

Turner said there are also support positions available for those who don’t have a bachelor’s degree.

Those interested can find out more on the Salem-Keizer Public Schools employment page.