The Tucker Maxon School began its distance learning March 18th and has had a little time to work out the kinks. 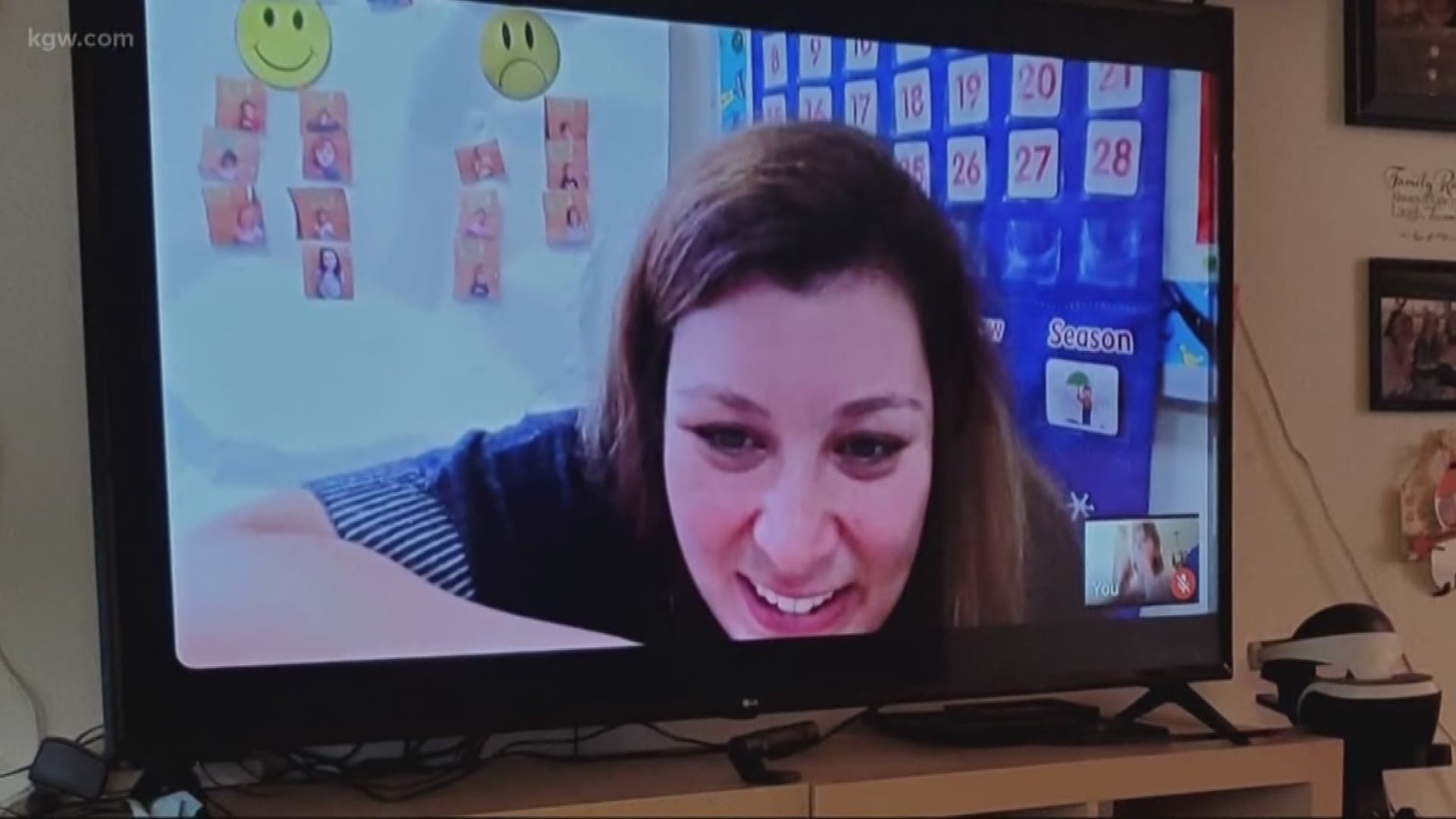 PORTLAND, Ore. — In a little over a week schools across Oregon must have a distance learning plan ready to go. The Oregon Department of Education has said April 13th is the deadline for districts across the state to have a distance-learning plan in place.

But some smaller schools have already had some time to work out the kinks.

One such school is Tucker Maxon. It’s a private, nonprofit school in southeast Portland that serves about 90 students who range from preschool to 5th grade. Executive Director Glen Gilbert said the school began its distance learning March 18th, about five days after Governor Kate Brown first made the school closure announcement.

Gilbert said they've handed out Chromebook laptops to students who've needed them. Teachers at the school have had to figure out what works and what doesn’t, and that's taken a little time. But teachers have started to figure it out.

“In the beginning a lot of it was just seeing the teacher’s face, hearing the teacher's voice. The kids seeing each other was so cool,” said Gilbert.

But continued engagement is difficult to sustain, so teachers have had to decrease their teaching time and focus on core subjects like reading, math and science.

Gilbert said teachers will teach for about two hours per day total. There’s a morning and afternoon session.

He said teachers at Tucker Maxon have learned a lot in a short time. The first piece of advice he has for other schools: pick one platform to use.

They've chosen to use Google Hangouts and Google Classroom because Gilbert said there is a captions option that can be turned on. That can be especially helpful for their students who may be deaf or hard of hearing.

“The second thing is how important headsets and microphones are,” said Gilbert.

“We're literally ordering some new headsets and microphones to be delivered directly to teacher’s doors this coming week.”

The most important thing Gilbert says he and his staff have learned has to do with their continued connection to parents and students.

“That feeling that we're still all here for you may be the most important thing we've learned so far,” Gilbert said.

The school has had to adjust in other ways too. A fundraising event Gilbert says has been in the works for the last year, had to be conducted online Friday night. He said despite the difficulty inherent in switching gears, the auction was a success, raising more than $176,000. That money will go toward helping families in need pay their tuition at the school. Gilbert said the nonprofit is also accepting any donations community members may want to provide on its website. The school has also chosen to pay teachers for the rest of the year despite the closure.

Tucker Maxon was founded in 1947 as a school for kids who were deaf, but has since expanded to include children who have their hearing.

RELATED: 'It's hard not to have them around every day': Teachers parade through neighborhoods to see students