About half of roughly 12,700 high school students were failing at least one class in late October, school district officials said. 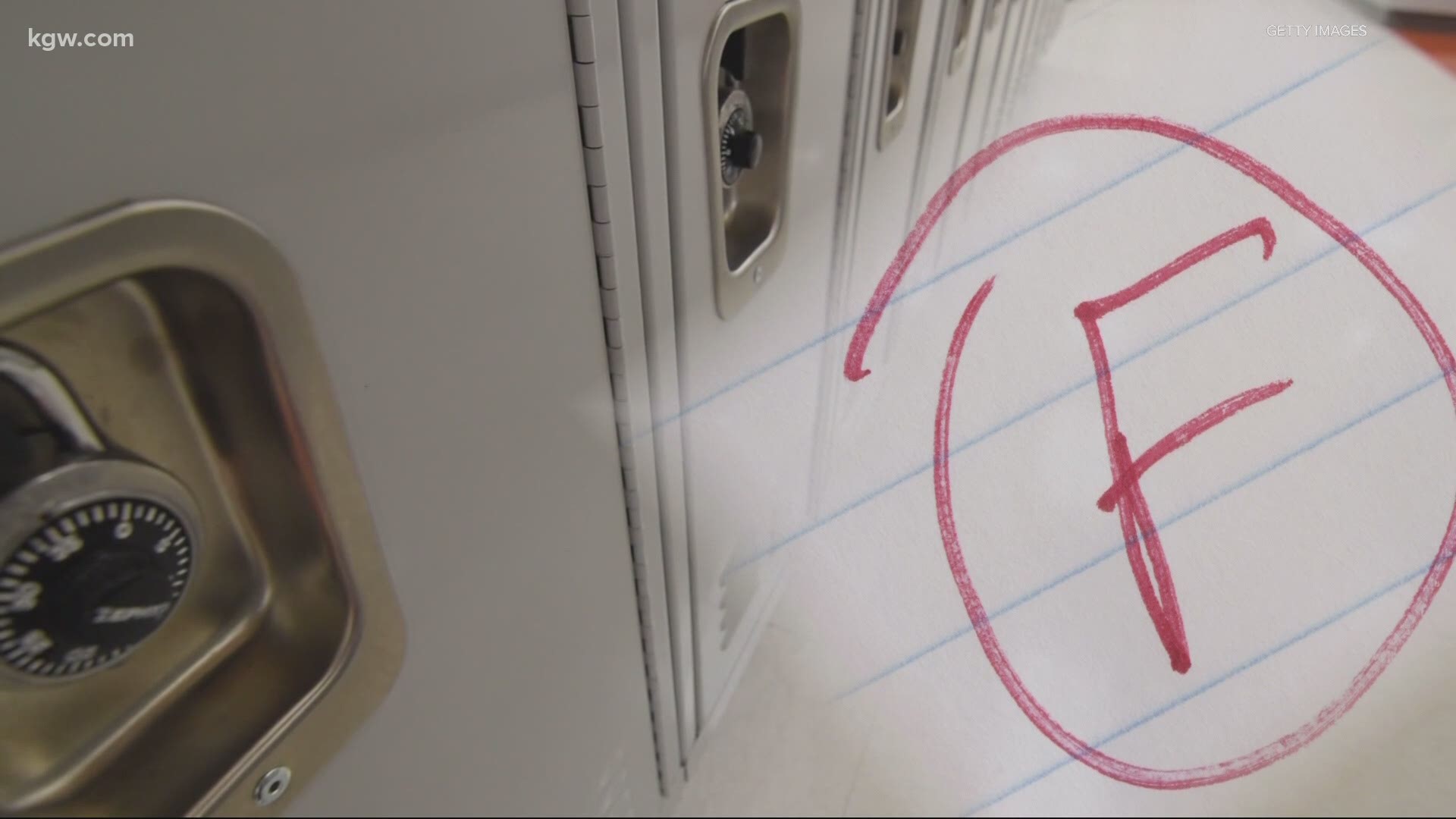 SALEM, Ore. — Distance learning has been tough for families and kids all over as well as those in the Salem-Keizer School District.

It is Oregon’s second largest district and administrators say the number of “F” grades they saw in late October was alarming.

About half of its roughly 12,700 high school students were failing at least one class, district officials said.

Over at McNary High School, this year will be Erik Jespersen’s seventh year as principal. He said on Oct. 20, he had his assistant principal look into the grades that students were getting at the school.

“We saw at our school that of all the grades at McNary, 38% of those grades were “Fs,” said Jespersen. “That is completely abnormal. That is about three times higher than we’d normally see.”

In addition, he said about 700 of his students had a 0%, meaning they hadn’t turned in anything.

“I also ran the data of all our high schools in the district. They were all similar. We were kind of in the middle of the road, so it wasn’t unique to our school,” Jespersen said.

He also said both North Salem and McKay, two schools in the district serving the most in-need, low-income students, had the highest number of students who were not successful.

The reasons for the “F” grades vary, but generally Jespersen said it comes down to student organization, motivation and in some cases, access to reliable internet. He said typically, teachers would be in the classroom motivating students in person. They would also be helping students prioritize schoolwork tasks and help keep them focused during a typical day of in-person learning.

Jespersen also said under normal circumstances, teachers are usually able to notice subtle cues that a student might not be fully grasping the material. But in the world of online learning, some students have their cameras turned off. It becomes harder for teachers to recognize which students might be needing more help with the concept they're teaching.

After Jespersen saw the numbers on Oct. 20, he met with his leadership team and came up with a plan.

First, he asked teachers to stop assigning work that would count against students in the grade book. It would give kids the opportunity to catch up. Students still got work to do, said Jespersen, it just wasn’t going to negatively impact their grade.

“I’ve never asked my staff to do that before, but we’ve never had this level of failure either,” he said.

Then came the second part of the plan.

“We just knew that kids needed an opportunity to work with an adult in person,” said Jespersen.

RELATED: Parent-teacher club in Beaverton comes up with A+ idea to help students learn from home

Schools have already been doing limited in-person learning for small groups of kids with the most need, like special needs students or English language learners. But after the numbers he saw, Jespersen expanded that, bringing in about 300 students over two days this week. Students normally have advisory teachers who are constant fixtures in their education through high school. During the meeting this week, advisory teachers met with students to help answer any questions they had on any subject.

The efforts at McNary appear to be working.

He believes in a couple days, the percentage of “F” grades may be in the teens. Jespersen and other district officials do not anticipate the same numbers in the second quarter, which starts on Tuesday.

He said the school is planning to continue bringing in students who need extra help next quarter. While they will be unable to bring all 2,000 students back into the building to periodically meet in person, Jespersen said his team is being strategic about the students they feel need extra support. They’re still working out the details.

Jespersen said there will also be opportunities to do credit recovery next quarter as well.

Sylvia McDaniel, the Salem-Keizer Schools director of community relations and communications, said there are additional resources to help students of color and low-income families.

McDaniel said there are specific staff in the district who are calling or doing door knocks and are continuing to check in on students who still aren’t participating.

“We recently hired a number of support staff through the Office of Equity Access and Achievement who are working closely to reengage students who have been affected by barriers related to CDL [Comprehensive Distance Learning],” said McDaniel in an e-mail.

She said the district has also put in place supports like HOME COACH, an online platform that can help kids and families better navigate the world of distance learning.