Wednesday marks the second day the majority of Republicans have not been at the Oregon State Capitol. 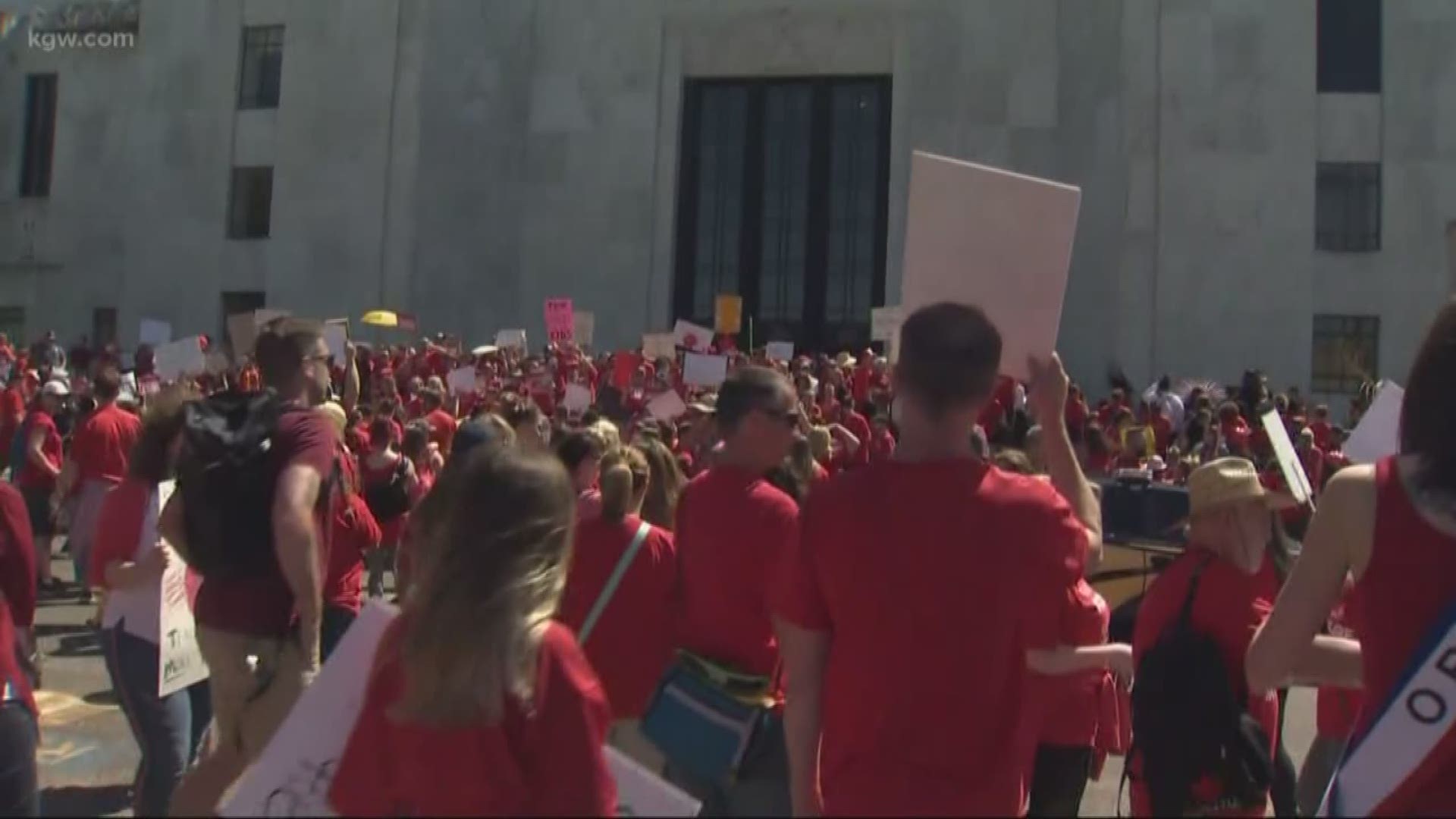 PORTLAND, Ore. — According to The Oregonian, Oregon Senate Republicans have issued a list of demands to Senate Democrats over the $2 billion tax package for education.

Wednesday marks the second day that Senate Republicans have not been present in large numbers at the Capitol.

Their plan is to return House Bill 3427, which establishes funds for student success, back to the committee to be reworked.

Minority Leader Herman Baertschiger told reporters Monday, Republicans have been left out of the school funding conversation and that they are opposed to the proposed half a percent tax on businesses with sales over $1 million. The proposed tax would fund school programs trying to boost student performance and decrease class sizes.

“Republicans have taken this dramatic stance because this is the only tool we have being in the super minority to draw attention to the injustices of this type of legislation,” he said.

In addition to sending House Bill 3427 back to the committee, Republicans have listed several high profile bills that they would like the Democrats to kill, according to The Oregonian.

KGW has reached out to the staff in the Senate Minority Office and they have neither confirmed nor denied creating a list of demands.

As the stalemate continues in the Capitol, thousands of educators and community members are rallying in cities around the state in support of more funding for education.

RELATED: Oregon teacher walkout: Everything you need to know