The Hermiston Christian School's lawyer said the school should be able to offer in-person instruction since another district in the same county is offering it. 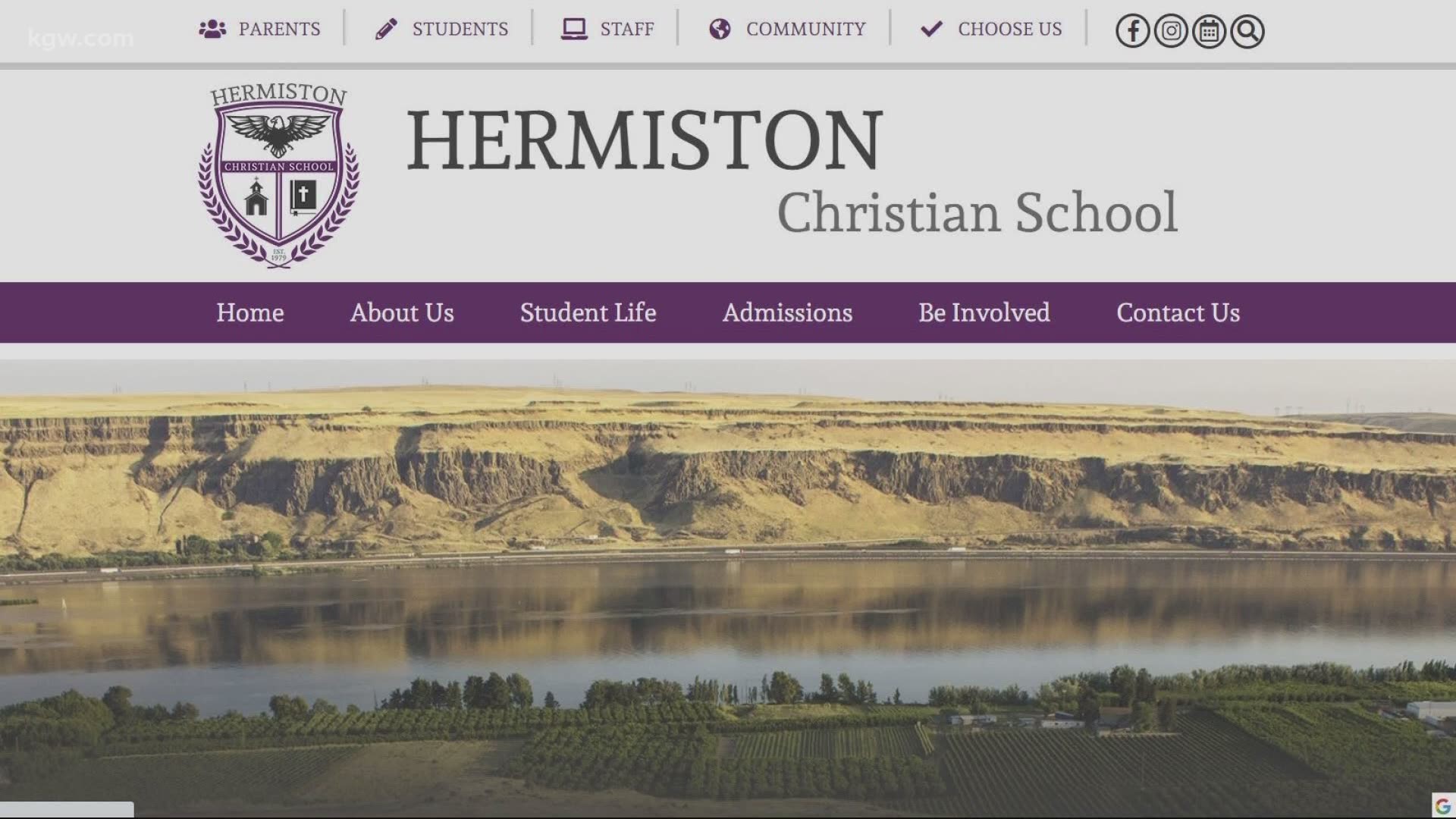 HERMISTON, Ore. — A private Christian school in eastern Oregon has filed a lawsuit against the state for not allowing it to offer in-person learning.

The Hermiston Christian School's lawyer said the school should be able to do it because another district in the same county is offering in-person learning.

Hermiston Christian School is located in Umatilla County. On Friday, it filed a lawsuit that alleges the state of Oregon isn't treating private religious schools the same as public schools when it comes to allowing in-person learning.

Kimberly Trott has three kids who are enrolled at the school. We spoke with her over the phone. She said right now her kids get a couple hours of in-person instruction and are allowed to go to the building for daycare for the majority of the day.

“It doesn't make sense to me that these kids can go to daycare all day but they can't learn all day or the school will be fined,” Trott said.

“In this same county, Ukiah School District is open. They have 75 kids or less,” Tucker said. “So it makes no sense as to why this public school in the same county is open but just because they're [Hermiston Christian School is] a religious private school, they're closed.”

We reached out to both the Oregon Department of Education and the governor's office. An ODE spokesperson responded, saying it doesn't comment on pending legal matters.

But they were able to say that health metrics for reopening schools are the same for both private and public schools.

While ODE could not comment and did not give an exact reason, we wanted to dig into the metrics for a possible explanation.

The Ukiah School, which has about 40 students according to its website, is able to open under the exception that is related to small school districts. Exceptions are outlined in the ODE criteria sheet for in-person instruction. Within that exception, there's a requirement involving community spread.

A map posted on the Umatilla County Public Health website show coronavirus cases. A deep red area, which encompasses Hermiston has between 1001-2000 COVID-19 cases, according to a legend on the page. Ukiah is located about an hour and a half drive away from Hermiston. According to the map, it is in a white shaded area that has 0-4 cases.

Trott said there have been no scares for her kids while they've been going to the school for daycare and she's comfortable with the environment due to the smaller setting. She said she feels COVID-19 is a concern, but each family situation is different.

“I think it should be at the parent's discretion. If you are concerned about your children then they should keep them home,” Trott said.

The lawsuit aims to not only open Hermiston Christian School to in-person learning but also to stop the enforcement of a possible $1,250 fine and 30 days jail time if a school were to open its doors to in-person instruction.

It's unclear exactly how long the litigation process will take, though Tucker said he hopes the doors to Hermiston Christian School will be open for in-person instruction by Nov. 2.