Hector Canedo-Sanchez was ordered to be deported by an immigration judge earlier this year but COVID-19 has delayed a decision on his appeal. 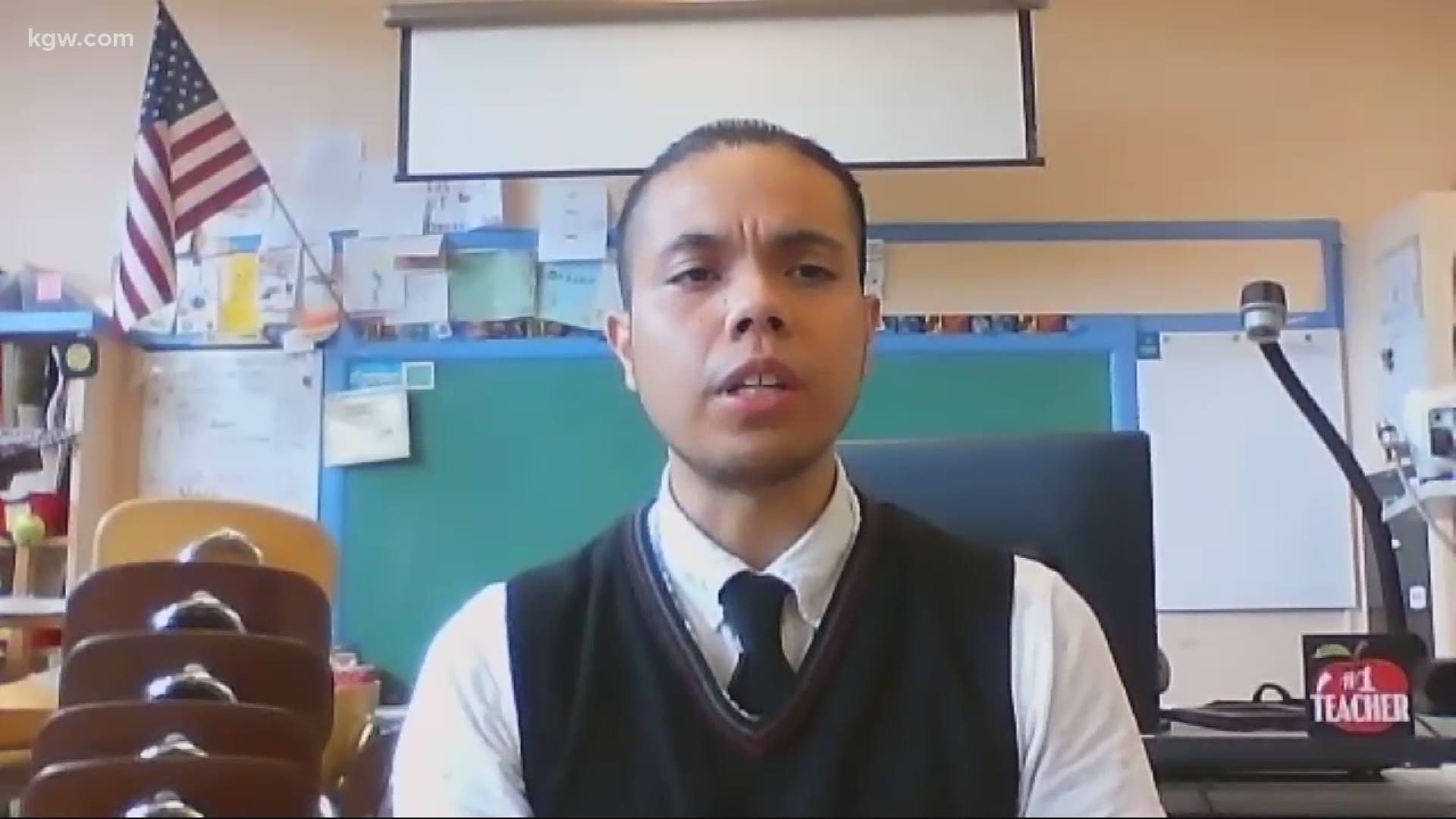 PORTLAND, Ore — Teachers have joined the fight calling for racial equality and change in America.

One of the hundreds of teachers in the crowd was Hector Canedo-Sanchez, a third grade Spanish Immersion teacher at Bridger K-8 School in the Montavilla neighborhood of Portland.

"As educators and students, we are saying enough is enough. We know fundamentally Oregon, and this nation was established over a racist foundation that has sprouted deep systemic inequities," said Canedo-Sanchez.

Canedo-Sanchez first shared his story in February after a federal immigration judge ordered him to be deported. His parents brought him to this country illegally from Mexico when he was 8 years old. He was able to live and work here under the Deferred Action for Childhood Arrivals, also know as DACA, program.

Canedo-Sanchez lost his DACA status after a DUI charge in 2016, which then started immigration proceedings. While he completed a diversion program and the charge was dismissed, the deportation process continued.

Last month, a federal immigration judge in Portland, Judge Richard Zanfardino, ordered that Canedo-Sanchez be deported. Canedo-Sanchez's attorney filed an appeal with the Board of Immigration Appeal, but he said the proceedings have been delayed because of COVID-19.

"Things slowed down. My understanding is that my case has reached the board of appeals and they're reviewing the appeal," said Canedo-Sanchez. "I have been working with my attorneys on this and we're expecting the response to be delayed."

Canedo-Sanchez has received a renewed DACA status so he can still work as a teacher for Portland Public Schools.

As he waits for a decision on his appeal, he's fighting to stay in the United States and fighting for change.

"I stand in solidarity with my brothers and sisters who are demanding an education system that does not suffocate our students into the history books as historically underserved people," Canedo-Sanchez said.

RELATED: Inside Woodlawn: A conversation about race