The reopening would start with 16 elementary schools, with students attending for 2 hours a day while continuing comprehensive distance learning. 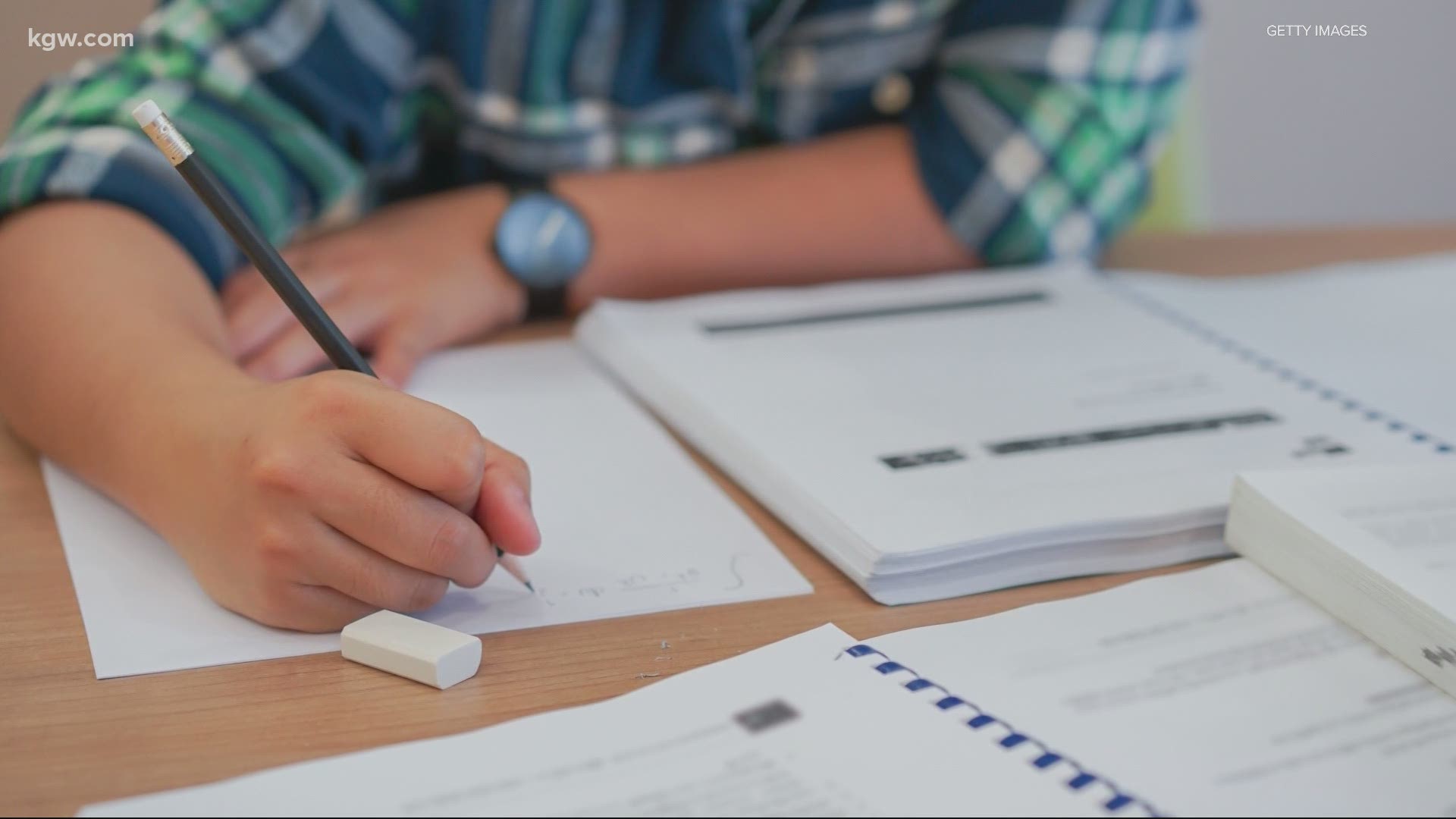 PORTLAND, Ore. — Portland Public Schools (PPS) announced Tuesday that some students may return to school for limited in-person learning as soon as Jan. 25, as first reported in the Portland Tribune.

Chief of schools Shawn Bird gave a preview of the limited reopening plan during the PPS Board of Education meeting late Tuesday night. He said the plan will start with students in grades K-3 who have the highest need, those in grades 6-9 who didn't perform as well in the first quarter of the year and those in grades 11 and 12 who need to recover credits for graduation.

"We're going to start with 16 elementary schools, which are the 10 sites that have child care on them already, plus our six CSI [Comprehensive Support and Improvement] elementary schools," Bird said. "And we'll also have two high schools that are ready to go for credit recovery, and we are working with middle school principals as well."

Superintendent Guadalupe Guerrero said the plan is contingent on a guideline update coming from Gov. Kate Brown on Jan. 19, the ongoing vaccine rollout and the capacity required for onsite testing.

"We are aiming for a start of around the 25th of January," Bird said, "and that’s partially because we are orienting all of our principals to our buildings with removed furniture for the physical distance that has to be required."

He said principals also have to create plans for exit and entrance into the buildings, and for symptom spaces in schools.

"It's a tremendous amount of work for the facilities," he said.

Bird said students would return for 2 hours a day, in cohorts of up to 20 people. Given the size of most PPS schools, those cohorts will likely be around 13-15 people.

Reopening Oregon schools: What your district's return plan looks like

The in-person learning will supplement, and not replace, comprehensive distance learning underway now.

"There are a lot of factors at play here, and we want to serve the highest number of students that we can," he said. "But we also want to make sure that we’re doing it safely, and we want to do it very intentionally so you’ll hear more information once we get this first group in."

He said PPS principals are working on plans for a broader rollout over time, based on what happens with that first group.

Some Portland parents who heard the news were shocked.

"PPS has been really quiet on that front...It seemed very sudden," said Abby Nilsen-Kirby, who has kids in first, third, and eighth grades attending school in the district.

She said if given the option, she would not be inclined to send her children back for limited in-person school. She said the potential for schedules to change again if schools had to go back to comprehensive distance learning, would be too much stress on her kids. Nilsen-Kirby also had some other concerns.

"I worry about our staff who might feel pressured to be in the building, who, their bandwidth is stretched to the max when they’re teaching and they have kids at home themselves," said Nilsen-Kirby.

"I worry about our families that are in multi-generational living situations. Children going into the building and being able to be safe is one thing, but what is it that they’re bringing home," she said.

While PPS did not name specific schools, district leaders did say the schools in the first phase were those with high-need students. That includes CSI schools which often have students who are in underserved communities.

In the meantime, other parents, like Rene Gonzalez, said the PPS decision is a positive step, especially for disadvantaged kids like those who are in special education or are learning English. He said he wishes the decision was made sooner.

"Other districts have been doing this for months and it's disappointing it's taken this long to get here," said Gonzalez.

Gov. Brown on Dec. 23 issued new directives to state health and education leaders in a push to get more students back into classrooms for in-person learning. She said starting on Jan. 1, the decision to reopen will be made locally by individual districts and schools. Oregon’s school metrics became advisory, and not mandatory.

Brown said she hoped that schools would transition to in-person learning by Feb 15. But teachers fighting to keep kids safe at home have said they don't want to return until COVID-19 loosens its grip on Oregon.

"It's simply not safe to have kids back in school yet," Doug Robertson, an elementary school teacher in the Gresham-Barlow School District, told KGW last week. "The idea we can force kids to wear masks or socially distance is unrealistic at best."

Parents like Gonzalez disagree on that, pointing to their experience with their own kids who have been wearing masks for months and stay physically distant.

Brown has since announced she is expanding who is eligible to receive the COVID-19 vaccine to include PK-12 educators and staff, child care providers and Oregonians 65 and older beginning on Jan. 23.