PPS had planned to do distance learning through Nov. 5. Now, the plan is to extend that to the end of the second quarter, Jan. 28. 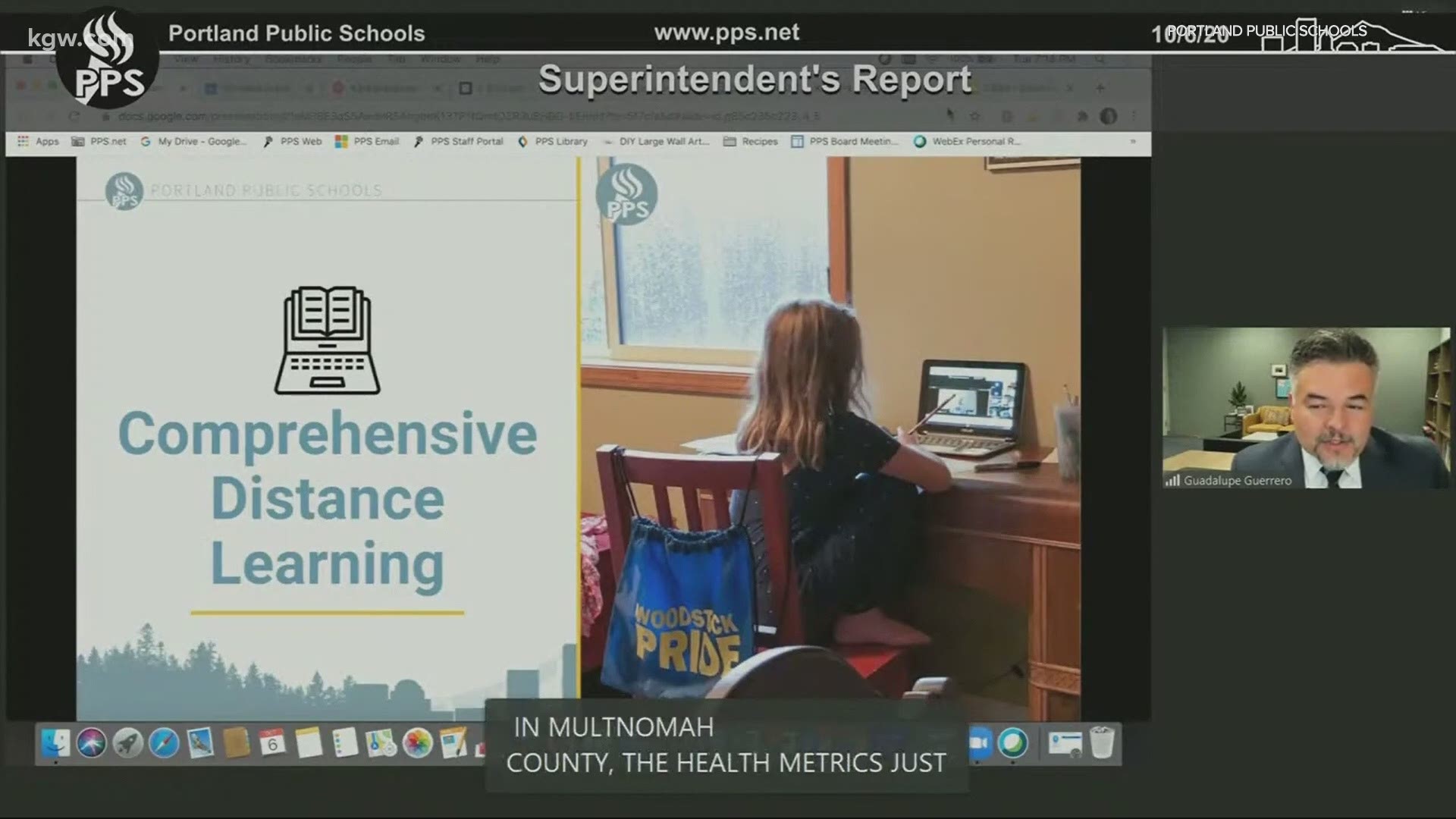 PORTLAND, Ore. — Oregon’s largest school district has announced it will extend distance learning through the end of the second quarter, which is Jan. 28. Portland Public Schools Superintendent Guadalupe Guerrero made the announcement at a school board meeting Tuesday evening.

“The health metrics just aren’t trending in a way that would allow us to consider reopening schools at this time,” said Guerrero at the virtual meeting.

“It’s gonna take all of us to get those metrics where they need to be to allow us to welcome students back to classrooms, which we are anxious to do,” he said.

Jessie Marquez is a parent with a child in the Portland Public School District. She said she had mixed feelings when she heard about the plan to extend distance learning. She said, on the one hand, she understands the COVID-19 concerns.

“So, I think that’s probably not a good time to be bringing a lot of children into the same environment,” said Marquez.

On the other hand, while she and her husband have been able to juggle their jobs and distance learning, it hasn’t been easy.

Marquez’s first-grade daughter, Clio and her friend Yahani do those assignments together, often with the help of Marquez’s husband.

“My husband has cut back on his work so he can help with the schoolwork,” said Marquez.

She said there is value in all those assignments but for working families with younger kids, it might be helpful if there were fewer tasks that required so much parent involvement. She said she’s hopeful the focus will shift from the number of activities and assignments to a more focused effort to better develop core skills like math and reading.

“That would lift a lot of the stress and pressure that families are experiencing,” Marquez said. “They feel this need to get all these things done and it’s so much.”

While she said her family is able to deal with the stress and schoolwork, she knows there are many other families who are having trouble.

“We just have to get through this. There’s really no alternative,” she said.

On Wednesday, Gresham-Barlow schools announced it’ll extend its distance learning through at least the end of November.

Meantime, Salem-Keizer District officials have said they’ll monitor the metrics and make a decision in the coming weeks.