The lawsuit alleges the school district forced on students and parents its members' "personal political preferences" by taking part in the national walkout that followed the Parkland shooting last February. 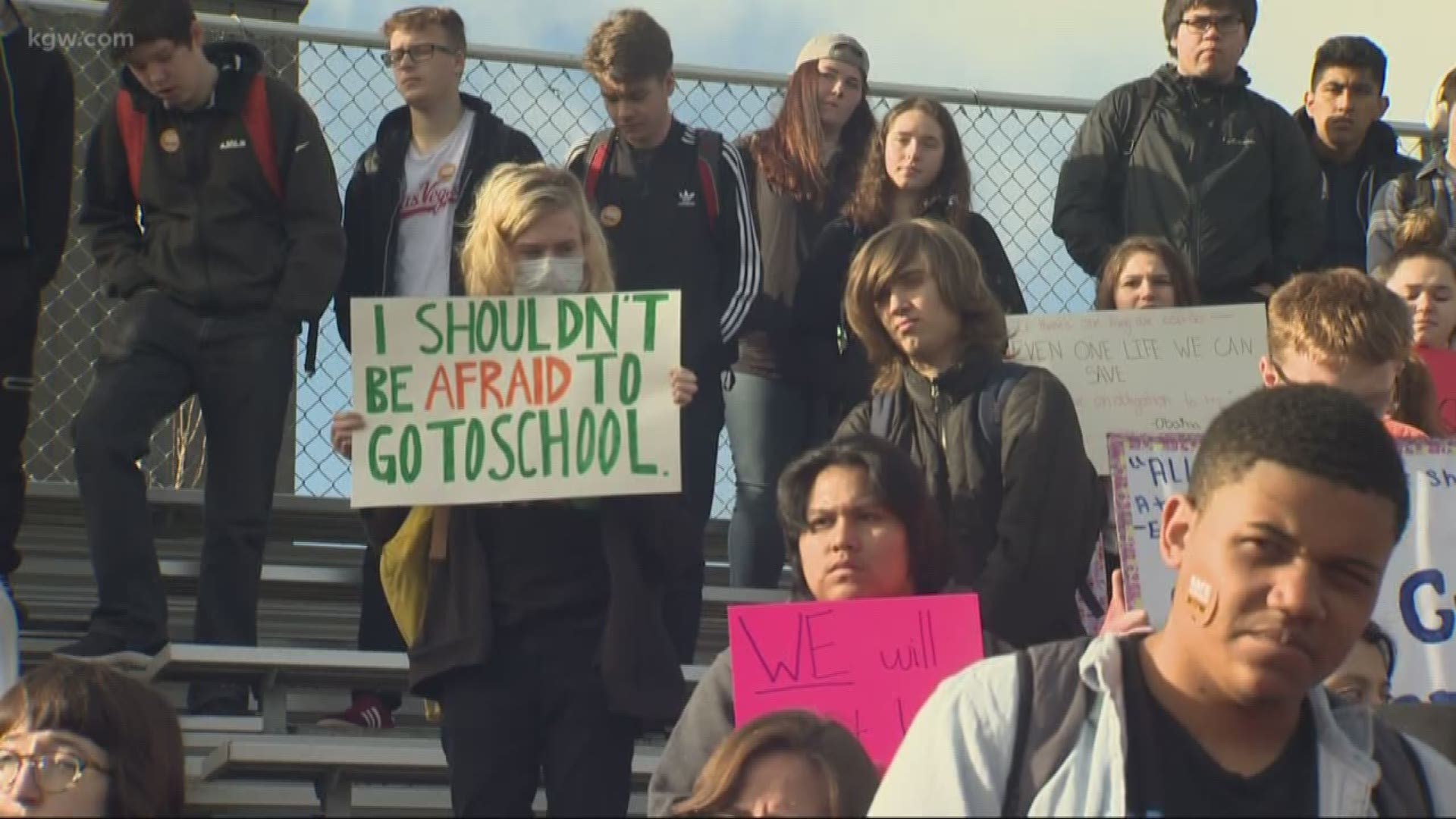 PORTLAND, Ore. — Four parents of Portland Public Schools students are suing the district for using public resources to promote outside interest groups and the “personal political preferences” of the school board and its teachers.

The lawsuit alleges the parents’ civil rights were violated when the district took part in a national school walkout to protest gun violence on March 14, 2018. That protest followed a mass shooting that killed 17 people at a school in Parkland, Florida a month earlier.

The lawsuit comes as a "Global Climate Strike" is planned around the world on Friday, March 15. Students across the globe plan to walk out of school. 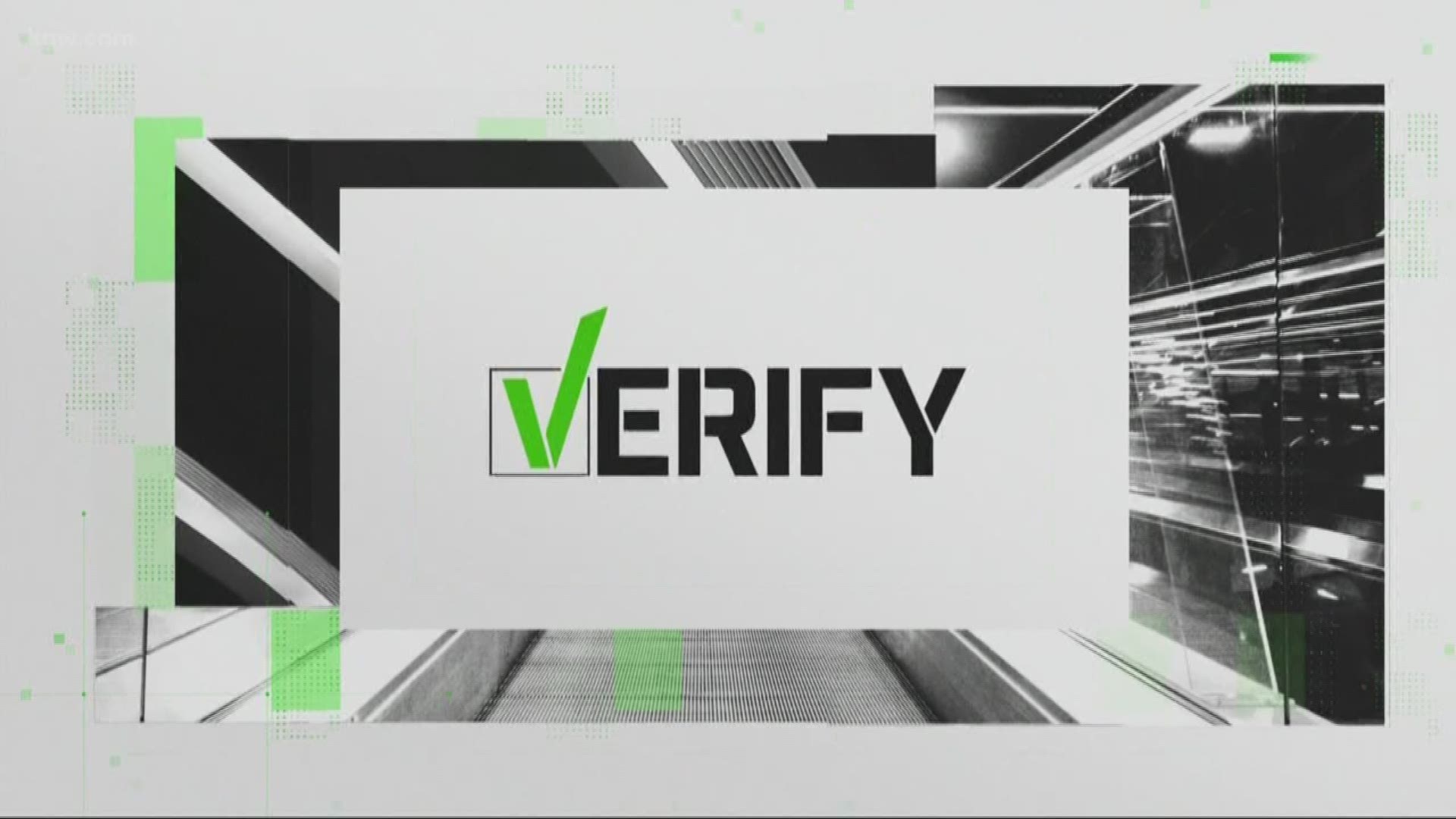 The lawsuit was filed on the parents’ behalf by attorney James Buchal, Multnomah County Republican Party Chairman, who argues that the anti-gun demonstrations violated their First and Fourteenth amendment rights.

“The district organized and promoted partisan, anti-gun positions on a massive scale, with close coordination between the School Board, the Superintendent, the Portland Association of Teachers, outside anti-gun groups and even local anti-gun politicians,” Buchal said in a statement. “Highly misleading propaganda, coupled with emotional manipulation of 50,000 Portland schoolchildren, allowed PPS to create political theater designed to manipulate public opinion and pressure elected officials to ban guns.”

The plaintiffs, two couples with a total of three children attending PPS schools, were forced to subsidize this conduct through their taxes, Buchal said.

“In violation of formal PPS policy, high school students were told they did not need parent permission to walk out of classes and participate,” Buchal added. “Even elementary school students were mobilized to spend up to a month in special ‘persuasive writing’ projects to pursue the Leftist agendas of PPS personnel. Even special needs children were mobilized to carry anti-Second Amendment placards without knowing why.”

He claims in the lawsuit that the plaintiffs believe attacks against the Second Amendment “must be resisted,” while most Portland voters and PPS parents fall into the group of Americans that “hate and fear guns,” and “believe that ordinary people are unwise and too careless to own guns.”

The lawsuit alleges that the latter group is severely prejudiced against the former.

"And what’s really disappointing about it is that when we have a lawsuit like this, we have to spend a lot of time, a lot of resources through the legal system rather than using those resources to educate our students,” Esteve told KGW.

He says the documents the district released to Buchal actually show the opposite of what the lawsuit claims.

“If you look at those documents, what it shows is a very intentional, very thoughtful planning strategy to make sure that students were safe and had a chance to express their First Amendment rights of free speech.”