'Teenagers need to be back in school': Parents rally for Beaverton School District to reopen high schools

Many parents are frustrated by the district's lack of in-person learning options for older students. 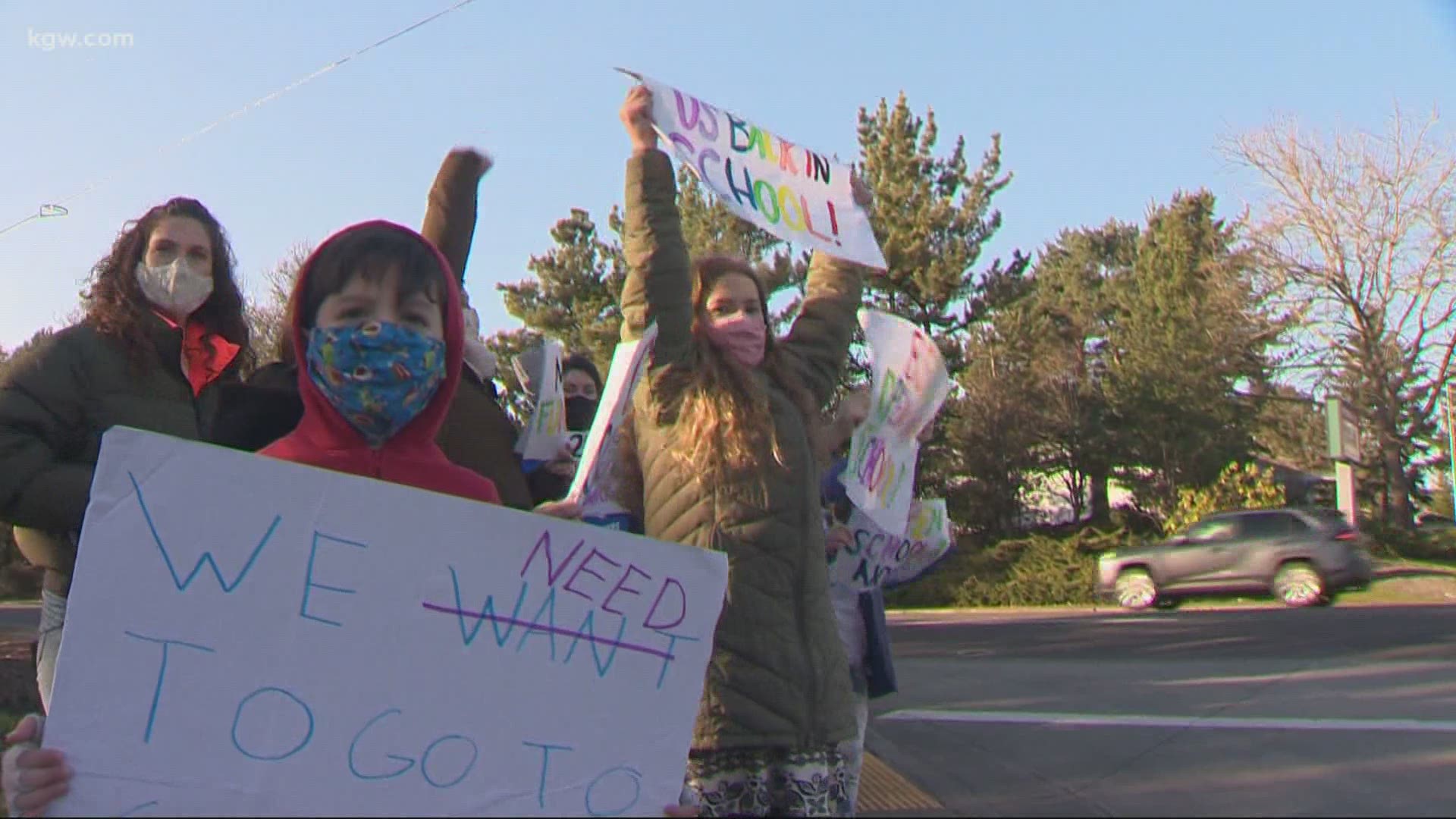 BEAVERTON, Oregon — As many Oregon high schools resume outdoor contact sports, those in the Beaverton School District will not be immediately among them. Right now, high schools in that district are not offering in-person instruction. The state requires limited-in person teaching for schools planning to participate in outdoor contact sports if they're in extreme or high risk counties.

On February 22, the Beaverton School District will be offering limited in-person instruction, which will allow full-contact sports, including football, to resume at that time. A district official said students will also be practicing and competing in soccer, volleyball and cross-country.

At the Beaverton School District headquarters Wednesday, students and parents held a rally to urge administrators to reopen its high schools.

Kennedy’s daughter is a freshman and her son is a senior. Kennedy believes both have lost a year of education.

A statement issued by the Beaverton School District said in part, "We understand the desire of many of our parents to have students resume in-person instruction. We share that desire."

The statement also said superintendent Don Grotting had asked the district’s staff to develop a hybrid plan for middle and high school students.

“We anticipate having more details soon,” the statement continued. For Kennedy, it can't be soon enough.

“Depression, eating disorders, drug use is way up,” said Kennedy. “Teenagers just really need to be back in school this year.”