On Monday, the Scappoose School Board defeated a resolution to remove the book from the reading list for Oregon Battle of the Books, a statewide optional reading competition for third through fifth graders. 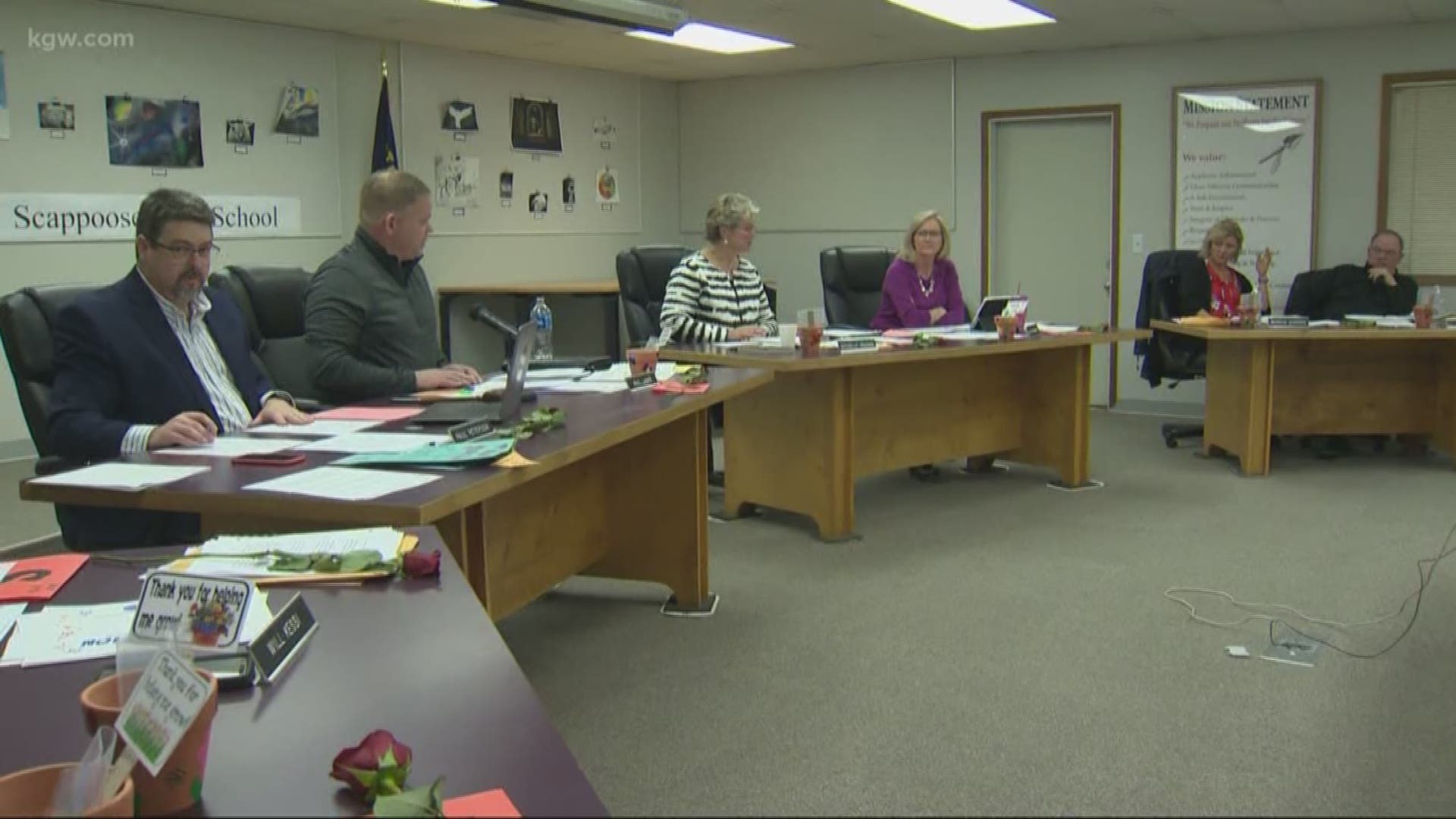 PORTLAND, Ore. — Dozens of parents debated whether a children's book about a transgender student should be included on a school reading list at the Scappoose School Board meeting Monday night.

Parents were divided on a board resolution to remove the book from a reading list for Oregon Battle of the Books (OBOB), a statewide optional reading competition for third through fifth graders.

The book, written by Alex Gino, is called "George" and it's about a transgender fourth-grade student.

The well-reviewed book, published in 2015, won the Stonewall Book Award, the Lambda Literary Award, the E.B. White Honor and the Children's Choice Book Award for Debut Author of the Year. It also was named Best Book of the Year by Booklist, The School Library Journal and Kirkus Reviews.

The book's inclusion on the list has made some parents uneasy.

"This is too advanced of content for my 8-year-old to be reading," said one mother during public comment at the meeting.

RELATED: Book about transgender child stirs up controversy in Oregon

Another mother expressed support for the book.

"I feel like this is a book that's a great way to introduce gender identity and gender confusion to our children," she said.

Other parents said they felt parts of the book were too mature for grade-schoolers.

"I would argue that no book that has the language that’s in this book such as ‘dirty magazines', ‘penis bobbing between her legs’ and ‘growing some balls', is high quality writing for an 8-year-old," one father said.

The Scappoose School Board proposed a resolution to take "George" off the 16-book list for elementary students. That means kids participating in the after-school program wouldn't be able to compete in regional or state OBOB contests.

"This book was nominated by many people around the state to be on the list," said Stuart Levy, President of the Oregon Association of School Libraries.

Levy said one of OBOB’s goals is to expand kids' worldview.

On Monday night, the Scappoose School Board defeated the resolution to remove the book from the list on a 5-to-2 vote.

"It's a disappointment that we couldn't come to some sort of compromise that fit everyone's opinions here," said one mother, Ivy Freimuth, after the meeting.

Others at the meeting were pleased with the outcome.

"I'm so grateful that the board members made the right decision here," said Kieran Chase, a program manager at Basic Rights Oregon. "I think that books like "George" do an incredible amount of work making schools a more welcoming environment for transgender kids."

Besides Scappoose, other Oregon school districts have taken measures against including George in OBOB. The Canby School District decided to omit George from its elementary school OBOB reading list, and both the Hermiston and Cascade School Districts decided against participating in this year's OBOB elementary school competition because of the book.

In the competition, students compete against each other to see who can read the most books, and then compete as teams against other schools. Competition in the popular program goes all the way to the state level.

The competition is voluntary. Kids are not required to read every book on the list. 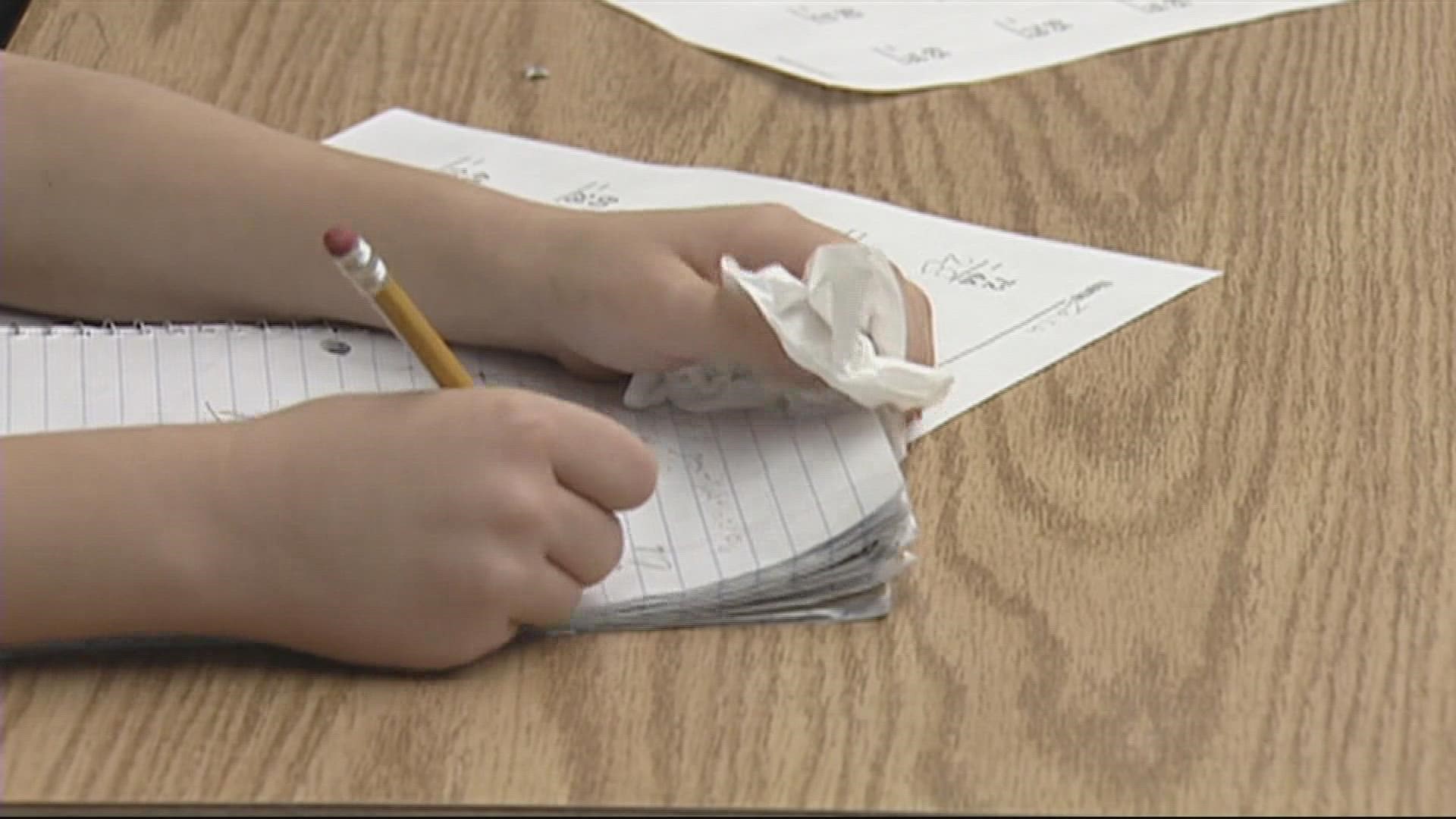 Teacher burnout: Where do we go from here?