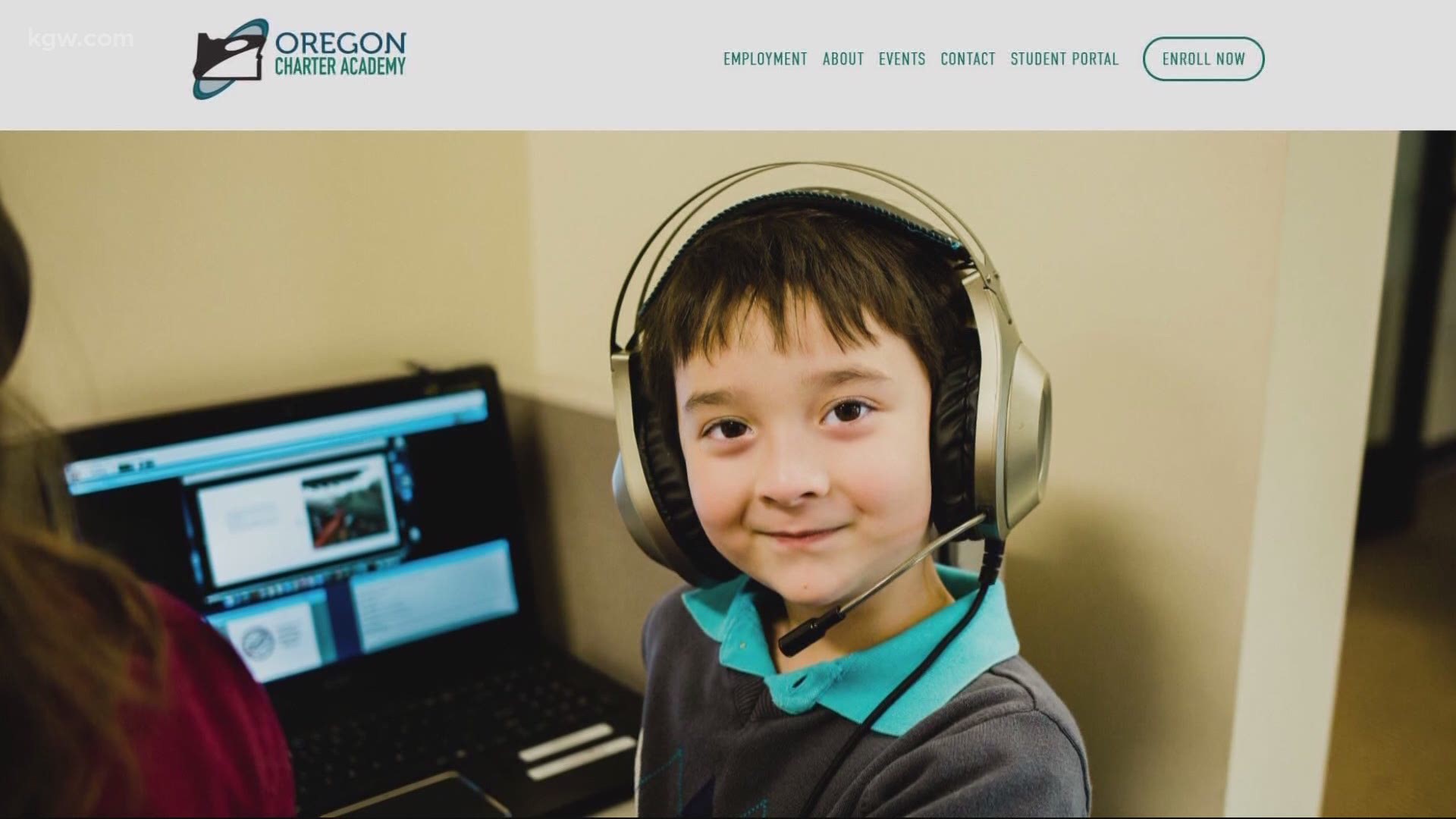 PORTLAND, Ore. — As fall approaches, a lot of parents are thinking about their schooling options.

On Friday, KGW looked into homeschooling as one option after parents asked that a story be done about it.

“When they closed schools on the 12th of March we moved her over to the Connections Academy so that she could continue her education,” said Mackenzie’s mom, Sheena Elliott.

Elliott said her daughter has special needs and back in the spring, instead of dealing with the uncertainties of distance learning, Elliott decided to enroll Mackenzie in the online public charter school, Oregon Charter Academy, formerly known as Oregon Connections Academy.

Both Elliott and her spouse have full-time jobs and while Elliott works for Oregon Charter Academy in an administrative capacity, she’s hoping her daughter can return to a brick and mortar school for her 2nd-grade year. Mackenzie's 5-year-old brother, Tyson, will be going into kindergarten as well and Elliott is also hoping he’ll be able to join his sister for in-person school. But that’s dependent on a number of factors.

“If they’re able to go for five days a week and [district officials] have a clear outline of what the procedures will be when they return to the brick and mortar setting to make sure the kids are safe and as well as the teachers,” said Elliott.

Until her school district can give more details about reopening, she won’t be making any decisions just yet.

“Just looking at if there is another outbreak, do we close school or how do they plan to do that. And what does the distance plan look like if they are to close again,” said Elliott.

Parents all over are in the same boat and weighing their options.

“The number of calls to the call center asking about it [enrollment] is nearly doubled,” said Sutherland.

“[Districts] can allow up to three percent of their students to attend virtual schools,” said Schweitzer. “Multiple districts are reporting now that they’ve reached their cap.”

Schweitzer said the Oregon law prevents a mass exodus of students from any one district, as virtual charter schools have started growing in popularity.

Schweitzer said that even before the COVID-19 pandemic, virtual schools were growing every year.

“About four years ago there were only 13 virtual schools in the state. There are about 20 of them now. Once again, parents are getting more options,” he said.

Both Schweitzer and Sutherland said online public charter schools are a great option for uninterrupted learning, but the model isn’t for every family or every child.

For instance, Schweitzer said he has three kids. Two of them have chosen to attend a brick and mortar public school, while another child got their education through an online charter school.

Parents who choose to go with an online charter school can expect teachers to be licensed and certified. Parents can also expect to be involved.

Sutherland said online charter schools have to follow the same regulations and testing guidelines as any brick and mortar school in the state. He said Oregon Virtual Academy tests students three times a year to make sure the education they’re getting is up to par.

In addition, he said there are student clubs and organizations available for kids to join so they don’t lose out on the social aspect of school.

“Daily is preferred, but at least once a week to make sure their student is doing what they’re supposed to be doing,” said Sutherland.

But at the elementary level, Schweitzer said parents or authority figures at home need to be a part of schooling.

“They [students] need support of adult in the home to check in on them.”

Elliott said it takes her and Mackenzie about four hours to get through her schoolwork. Her advice to parents interested in utilizing an online charter school: stay flexible, make a daily schedule, and give yourself a little grace. If you’re stressed for time, you don’t have to get everything on the schedule done in one day.